IHME model predicts COVID-19 death toll in the US will surpass 410,000 by new year 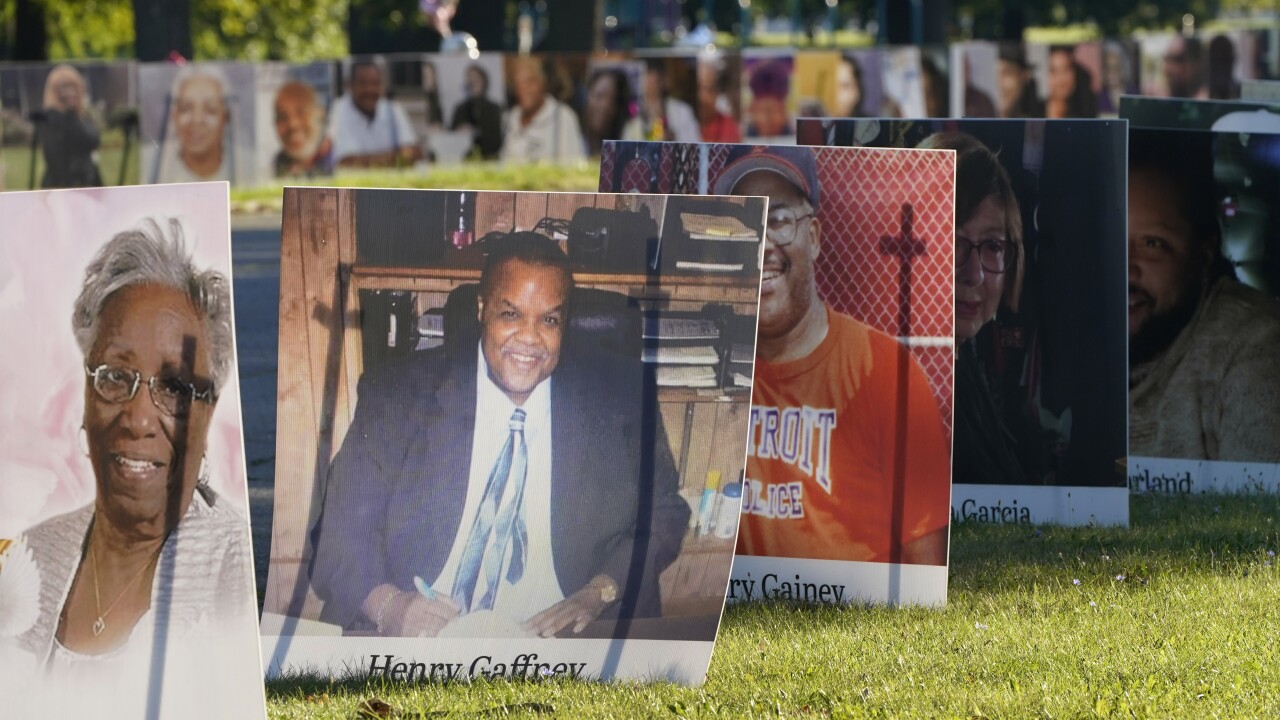 Copyright 2020 The Associated Press. All rights reserved.
Carlos Osorio/AP
Some of the nearly 900 large poster-sized photos of Detroit victims of COVID-19 are displayed, Monday, Aug. 31, 2020 on Belle Isle in Detroit. (AP Photo/Carlos Osorio)

A key forecasting model that’s been cited by the White House and state officials now predicts the COVID-19 death toll in the United States will surpass 410,000 by January 1.

The Institute for Health Metrics and Evaluation (IHME) at the University of Washington released its latest forecast Friday, saying the U.S. and other countries in the Northern Hemisphere should prepare for a seasonal rise in COVID-19 cases.

COVID-19 has already killed at least 186,800 people in the U.S., according to an ongoing tally from Johns Hopkins University.

“I would call the surge in the winter that we’re forecasting a second wave,” said IHME Director Dr. Christopher Murray in a call with reporters Friday.

The IHME says COVID-19 has followed seasonal patterns similar to pneumonia and if that correlation continues to hold, northern countries can anticipate more cases in the late fall and winter months.

“The worst is yet to come,” warned Murray. “I don’t think perhaps that’s a surprise, although I think there’s a natural tendency as we’re a little bit in the Northern Hemisphere summer, to think maybe the epidemic is going away.”

The IHME’s prediction of 410,000 U.S. deaths by Jan. 1 is its most likely scenario, but it also provided a worst-case scenario. If mask usage stays the same and states continue to relax social distancing requirements, the IHME model predicts over 620,000 Americans could die from the virus by the new year.

The IHME’s best-case scenario, where mask usage is universal and governments impose social distancing requirements, shows more than 286,000 people dying across the nation by the end of the year.

“We are facing the prospect of a deadly December, especially in Europe, Central Asia, and the United States,” said Murray in a statement. “But the science is clear and the evidence irrefutable: mask-wearing, social distancing, and limits to social gatherings are vital to helping prevent transmission of the virus.”

Globally, the IHME predicts that nearly 770,000 lives could be saved between now and Jan. 1 through proven measures such as mask-wearing and social distancing.

Across the world, deaths expected by Jan. 1 total 2.8 million, about 1.9 million more from now until the end of the year, the IHME says. Daily deaths in December could reach as high as 30,000.

Under the most likely of IHME’s scenarios, the nations with the highest per capita total deaths would be the U.S. Virgin Islands, the Netherlands, and Spain.

The IHME says these five countries will most likely have the highest cumulative death tolls by Jan. 1:

IHME says its projections are based on an epidemiological model that includes data on cases, deaths, and antibody prevalence, as well as location-specific COVID-19 testing rates, mobility, social distancing mandates, mask use, population density and age structure, and pneumonia seasonality, which shows a strong correlation with the trajectory of COVID-19.