Trump: Massive explosion in Beirut was likely an 'attack' 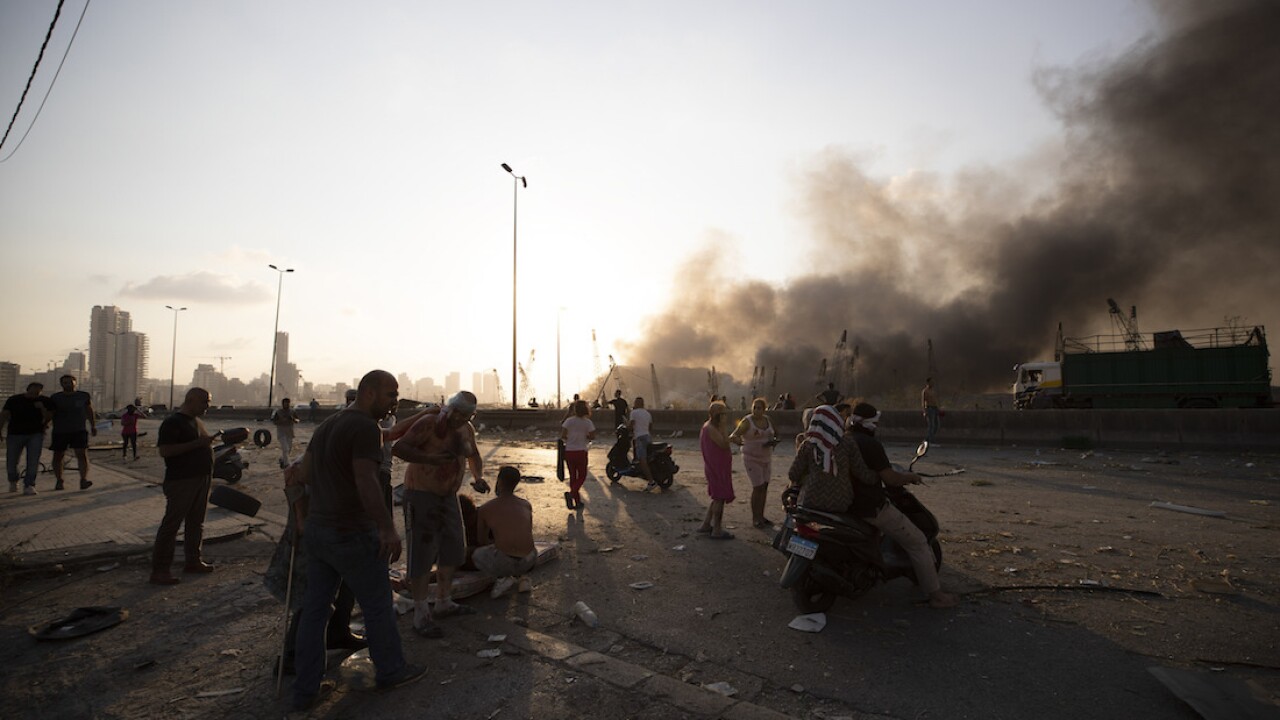 Copyright 2020 The Associated Press. All rights reserved.
Hassan Ammar/AP
Smoke rises from a massive explosion in Beirut, Lebanon, Tuesday, Aug. 4, 2020. Massive explosions rocked downtown Beirut on Tuesday, flattening much of the port, damaging buildings and blowing out windows and doors as a giant mushroom cloud rose above the capital. Witnesses saw many people injured by flying glass and debris. (AP Photo/Hassan Ammar)

WASHINGTON (AP) — President Donald Trump says U.S. military generals have told him that they think the massive explosion that rocked Beirut on Tuesday, killing more than 70 people, was likely a bomb.

He told reporters at the White House that he had met with some generals and they do not think it was a manufacturing-type explosion.

He says the generals seem to think it was an attack — "a bomb of some kind."

The explosion flattened much of a port and damaged buildings across the capital, sending a giant mushroom cloud into the sky.

More than 3,000 others were injured, with bodies buried in the rubble.