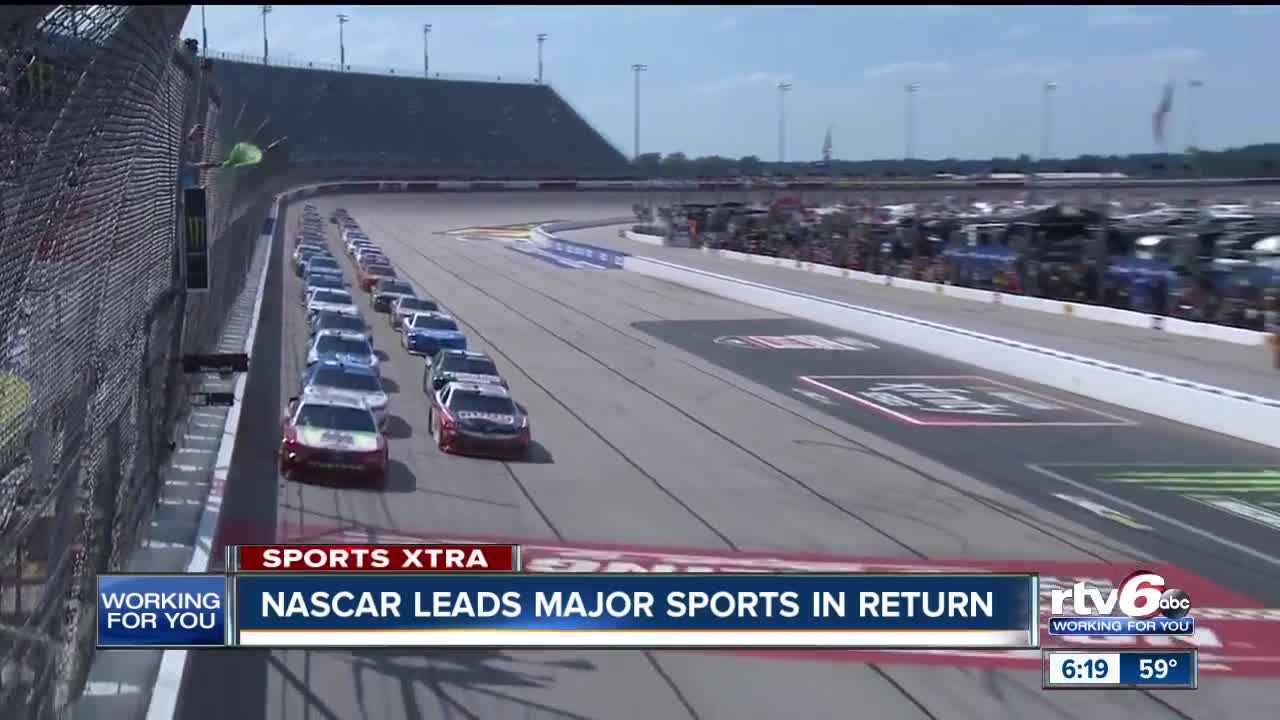 INDIANAPOLIS — NASCAR became the first major sport in the United States to return during the coronavirus pandemic.

The series began Sunday in Darlington, and several more races are scheduled in the next few days, including another Cup Series race Wednesday.

It was a strange sight at every turn at Darlington Raceway. Ticket windows were closed and not a fan was in sight, but after a 10-week layoff, they lined up and raced.

Clint Bowyer said he felt like the eyes of the world were on the racers.

Seeingly every precaution was taken. Everyone had their temperature checked upon arrival. Drivers were kept away from crews and cars until race time. And masks, everyone wore masks.

"No matter what this situation is or how bad the pandemic is, I feel like we can still put on a show," Bowyer said.

And in the show, every driver had the name of a health care worker on their car as Bowyer ran as high as fifth before settling for 17th.

"Everybody was rusty. You could see it," he said.

Ultimately, it was Bowyer's Stewart-Haas teammate Kevin Harvick who won for a 50th time as he performed doughnuts only for the cameras.

One day, the fans will return and so will the drivers' families, but it was one step in the right direction. And in a sport where leading is everything, on Sunday, NASCAR certainly did that.