INDIANAPOLIS -- Hoosier women earn some of the lowest wages in the country compared to men, according to a new report by the Indiana Institute for Working Families.

READ | What should I do if I think I'm underpaid?

While the wage gap in the United States narrowed between 2015 and 2016, the wage gap for Hoosier women widened by 2 percent.

The wage gap is especially noticeable among certain groups of Hoosier women. The wage gap for black and biracial women is up to 36 percent and for Latinas it’s at 44 percent, that’s roughly $21,500 per year.

The Indiana Institute for Working Families says the people most impacted by the wage gap are women who are already in lower paying jobs in the health care or food service industries.

Lynne Murphy works as a cashier in a university cafeteria and says she was making well below what she should have been making - $7.25 an hour – until she joined a union and fought for more pay.

READ | Americans see jobs aplenty. Good wages? Not so much

“It made me feel degraded because wow, what am I working for,” said Murphy. “Heck, I might as well be at home sweeping and holding the kids.” 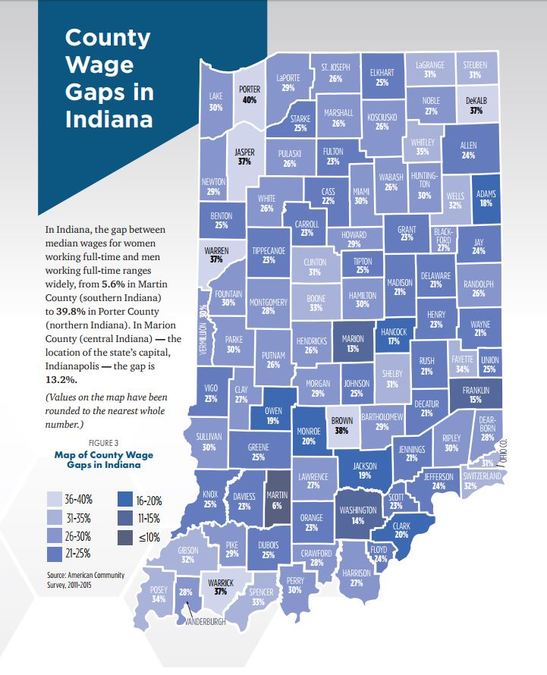