Measles outbreak reported in 21 states, according to CDC 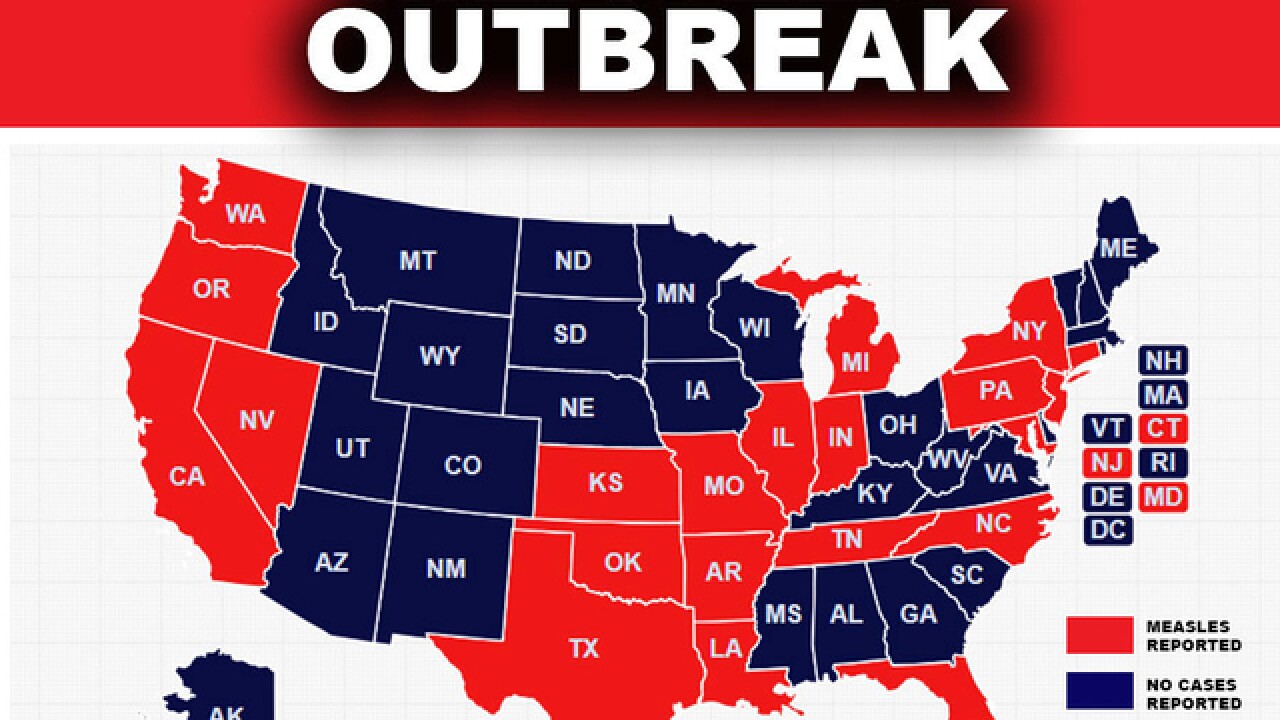 TAMPA BAY, Fla. — According to the Centers for Disease Control and Prevention (CDC), 107 people from 21 states, including Florida, have reported contracting measles between January 1 to July 14, 2018.

Measles is a virus that is easily spread by air droplets when infected persons breathe, cough, or sneeze. The first symptoms are a high fever that may spike to 105°F, cough, runny nose and red, watery eyes. These symptoms are followed by a blotchy rash that spreads from the head to the feet.

Measles is a potentially severe disease, especially young children and persons with compromised immune systems. The majority of people who get measles were unvaccinated, the CDC warns.

According to the CDC, the following states were reported to have measles:

"We continue to encourage parents to fully vaccinate their children," said infectious disease specialist Dr. Ulyee Choe. "Measles is a highly contagious disease that can have serious complications for babies and children."

Unvaccinated individuals who are exposed to measles may be excluded for up to 21 days from public places such as school and work where they could infect others.