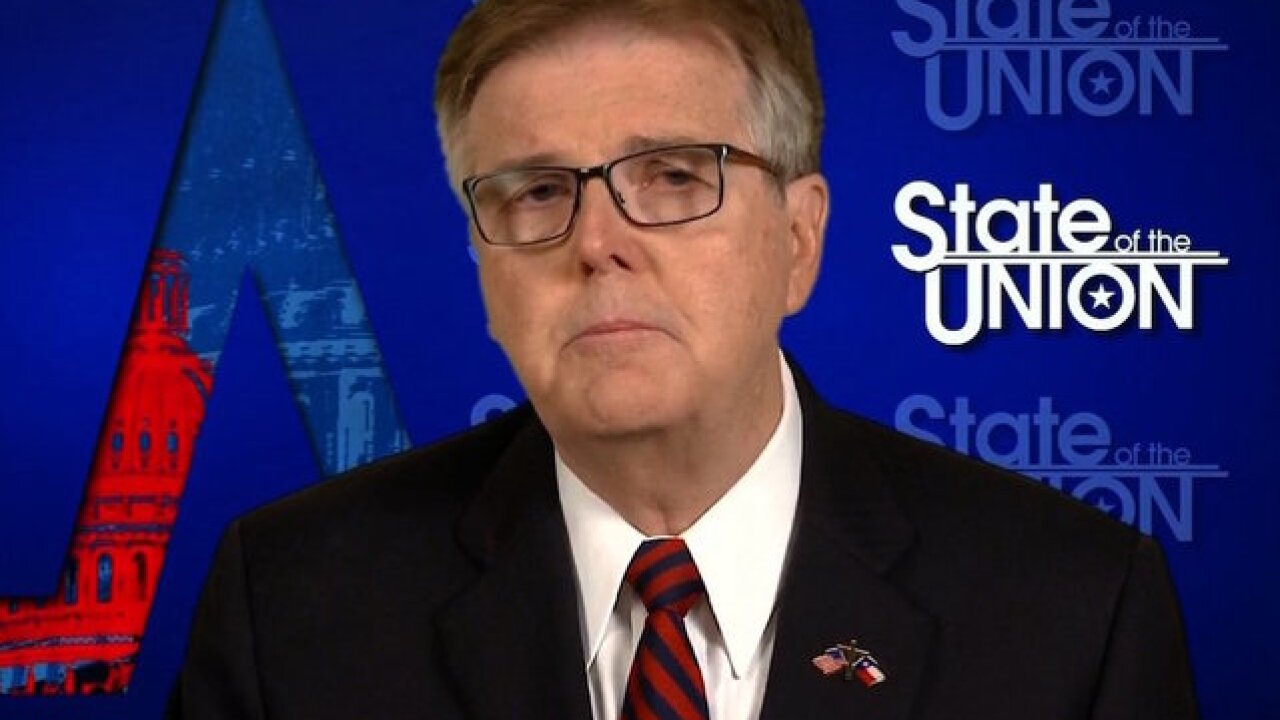 Copyright 2018 Scripps Media, Inc. All rights reserved. This material may not be published, broadcast, rewritten, or redistributed.
CNN
<p>Texas GOP Lt. Gov. Dan Patrick is seen here speaking to CNN about the school shooting in Santa Fe, Texas on May 18, 2018.</p>

Texas GOP Lt. Gov. Dan Patrick said after the nation's latest school shooting in Santa Fe, Texas, that teachers need guns, parents should secure firearms safely at home, and schools should eliminate some of their entrances.

"We need our teachers to be armed," Patrick said Sunday on CNN's "State of the Union."

Patrick also called for "gun control at home," with firearms out of childrens' reach, but declined to say whether he would support requiring that by law, saying Texas holds gun owners "very responsible."

"Be sure that your kids and grandkids or anyone who might have access to your home cannot get your guns," Patrick said.

The latest school shooting in Texas on Friday left 10 people dead and 13 others wounded. In the wake of the shooting, Patrick blamed the deaths in part on "too many entrances and too many exits."

Patrick repeated his argument about entrances on Sunday.

"We need to get down to one or two entrances into our schools," Patrick said, adding, "You have the necessary exits for fire, of course, but we have to funnel our students into our schools so we can put eyes on them."

Virginia Democratic Sen. Mark Warner, in a separate interview on the same program, lamented the latest shooting and called for an "all of the above" approach, including some degree of gun control and implored his colleagues to "evolve" on the issue.

"There are ways that we can put reasonable restraints without dramatically interfering with people's Second Amendment rights," Warner said.