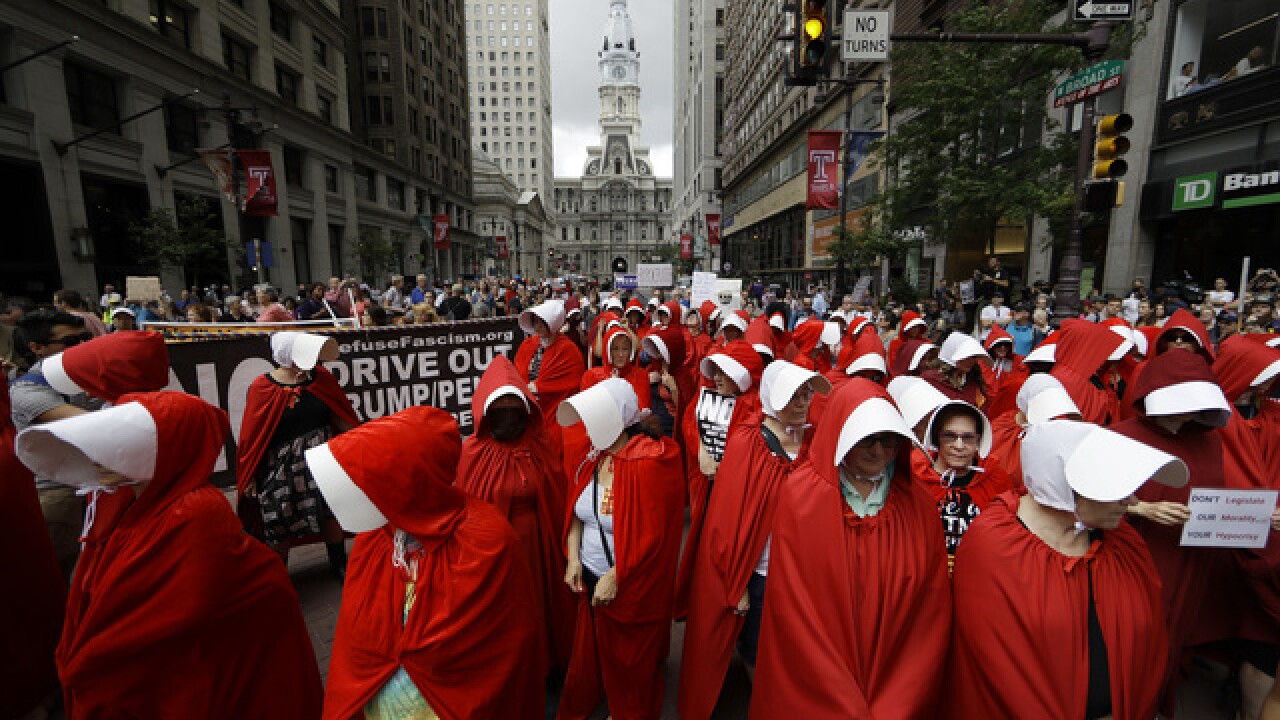 They wore red cloaks and white bonnets and chanted “this nightmare must end.”

“The Handmaid’s Tale” imagines a future in which women’s rights have been stripped away. Protesters said they are opposed to Trump administration policies on abortion rights, LGBT rights, immigration and other issues.

Pence spoke in the afternoon at an event promoting the administration’s tax-cutting law. He was later headlining a fundraiser for Rep. Lou Barletta, who is seeking to unseat Democratic U.S. Sen. Bob Casey.

The demonstrators said they were also protesting Barletta’s support of the Trump administration.