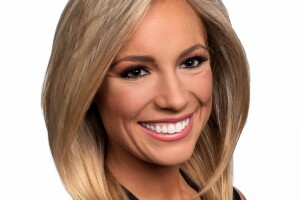 Amanda Starrantino is an Evening Anchor at RTV6. She is an Emmy-nominated journalist from Los Angeles, California, where she was born and raised.

Since Amanda has been on the RTV6 team, she has been there to wake up our viewers on Good Morning Indiana and has now transitioned into our evening newscasts Monday through Friday.

Her career has taken her to South Bend, Indiana as a reporter/multi-media journalist at the ABC affiliate. She also spent time as an anchor, reporter and weather forecaster at the NBC affiliate on California’s Central Coast where she covered local crime, politics, California wildfires, and the historic drought effects on the state.

She is a graduate of Chapman University in Orange County, California.