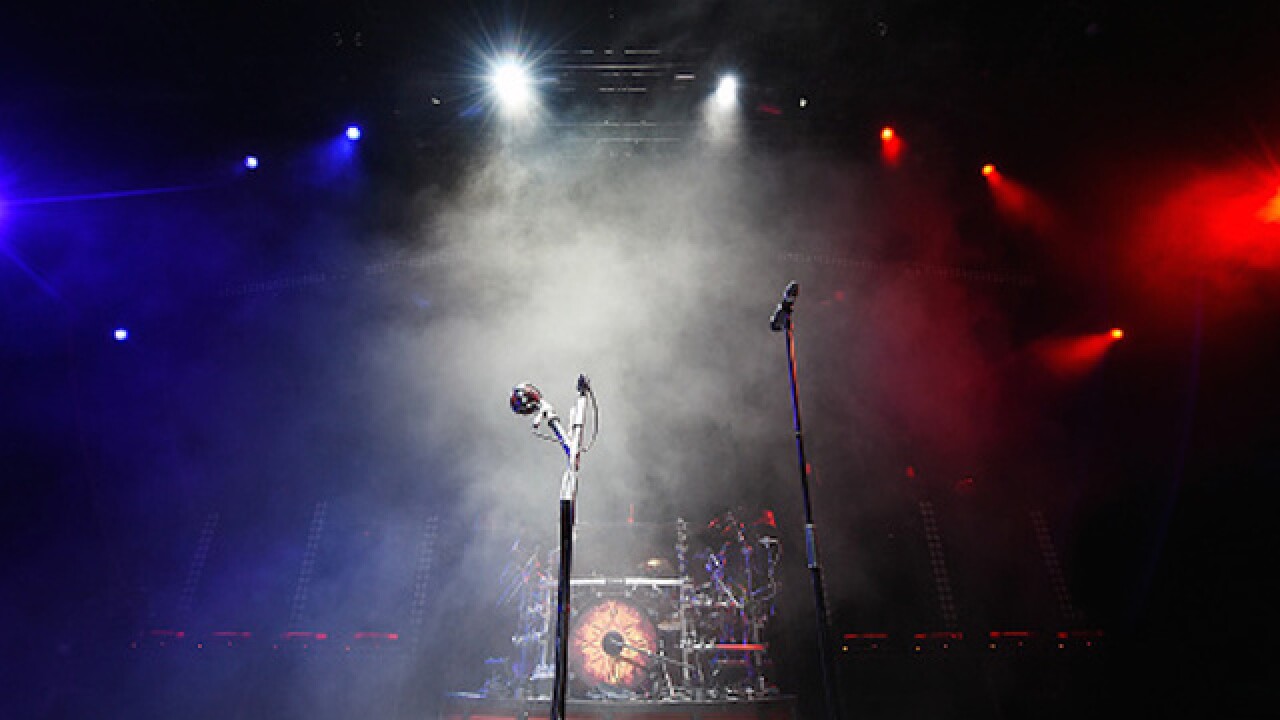 Copyright Getty Images
Ethan Miller
<p>LAS VEGAS, NV - NOVEMBER 14: The band Godsmack keeps the stage lit with the blue, white and red colors of the French flag in a show of solidarity with France before the group's show at The Pearl concert theater at Palms Casino Resort on November 14, 2015 in Las Vegas, Nevada. The Islamic State claimed responsibility for attacks in Paris on Friday that killed 129 people. (Photo by Ethan Miller/Getty Images)</p> 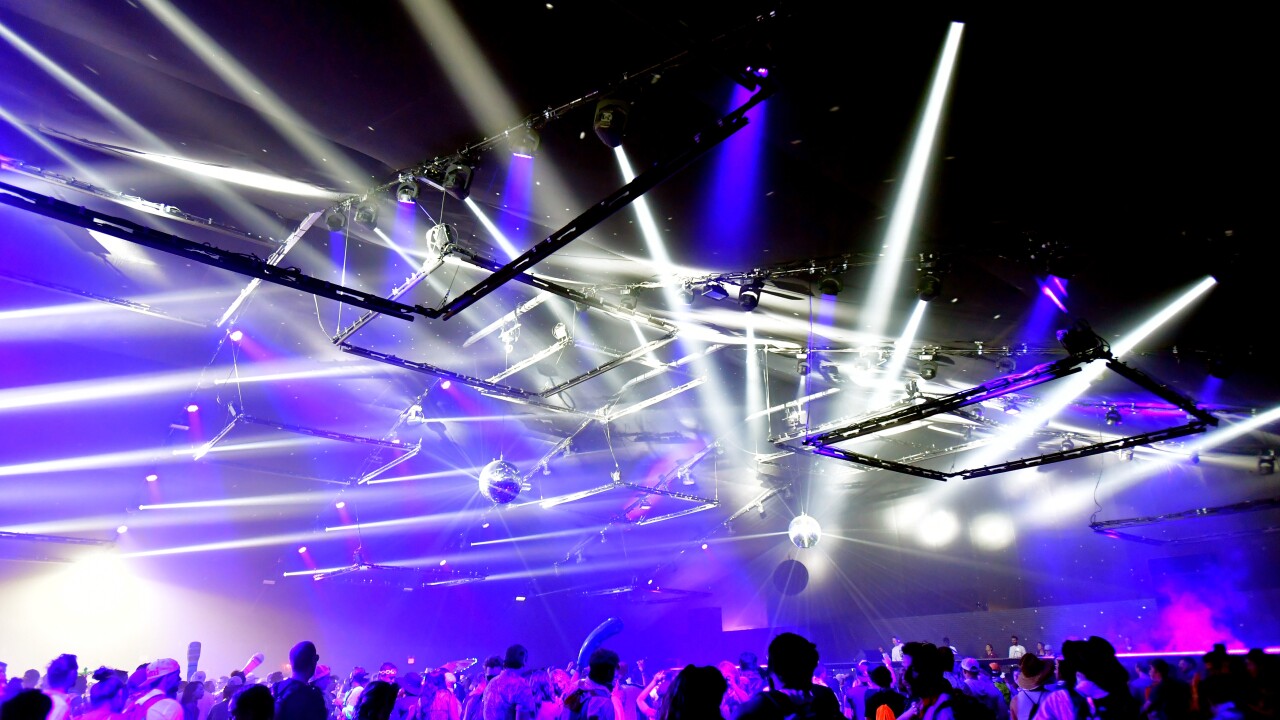 INDIANAPOLIS — As we head into the New Year, here's your reminder that there have already been several headlining shows announced to be heading to the Hoosier state.

Listed in order of date, here are the shows that have already caught the eyes of your fellow Hoosiers' hearts.

Post Malone announced he was extending his 'Runaway Tour' in November, adding Indianapolis to the docket.

Currently, not many tickets are available for the hip-hop star's concert scheduled for Bankers Life Fieldhouse in Downtown Indianapolis. The open seats are being sold at resale prices on Ticketmaster.

Special guests Swae Lee and Tyla Yaweh will be joining Posty in Indy, as well.

The Lumineers announced their 2020 North American tour in August of last year.

The group recently finished their European tour, where they played their biggest shows yet, according to Wes Kaminski, with Pacers.com.

The band has been headlining festivals in the US and Canada, like Bonnaroo, Hangout Festival, and Osheaga, as well as playing worldwide festivals like Glastonbury, Tinderbox, Fuji Rock, and Splendour in the Grass.

Tickets can still be bought on Ticketmaster.

R&B singer Erykah Badu will be bringing along rapper Common to her concert stop in Indianapolis in March.

Ms. Badu is most known for her album "Baduizm" that dropped in the late 90s and featured her hit song "On & On."

Tickets can still be bought on Ticketmaster.

It's been postponed twice, and the resale seats on Ticketmaster are breaking into the four-digit mark, but Elton John's Farewell Tour is making its way to Indianapolis one way or another.

The artist announced his "Yellow Brick Road Tour" in 2018 would be his last world tour, lasting him a total of three years on the road.

John will be playing some of the most popular songs of his career, including "Bennie and the Jets," "Rocket Man," "Tiny Dancer," and "Philadelphia Freedom."

If you want to check for your chances at a ticket, click here.

Billie Eilish's concert stop in Indianapolis for her world tour 'Where Do We Go?' was about sold-out as soon as tickets went on sale in early October.

As of right now, there are probably a dozen tickets left for the March show at Bankers Life Fieldhouse.

The alternative star is officially the first artist born this millennium to achieve both a number one album and single.

The artist is most known for her number one spot on the Billboard Hot 100 list for her song 'bad guy' in August. Her debut album, 'WHEN WE ALL FALL ASLEEP, WHERE DO WE GO?' went multi-platinum.

Michael Buble announced in November he would be performing in Downtown Indianapolis at Bankers Life Fieldhouse on April Fools Day (also known as April 1).

Tickets are still available to the show.

Country music star Luke Bryan will be headlining the Firestone Legends Day concert in May.

There are still acts apart of the Legends Day concert yet to be announced, but tickets can still be bought.

With the purchase of a concert ticket, concert-goers can also attend other activities at the Indianapolis Motor Speedway.

Live Nation announced the acts would be making a stop in December.

Tickets to this show are still available.

Notre Dame may be over a two-hour drive from Central Indiana, but Billy Joel is a musician Hoosiers wouldn't mind driving to see.

The legendary artist is set to perform at the Notre Dame Stadium in the summer for the very first time, although Joel has appeared on the campus twice before, the last time dating back 24 years.

Journey will set off on its North American tour with The Pretenders in May, and making their way to Noblesville in June.

Seven-time Grammy Award-winning singer and songwriter Alanis Morissette announced the stops for her North American tour would include Ruoff Music Center in December.

Morissette will also be joined by artists 'Garbage' and 'Liz Phair' in Noblesville this summer.

The singer recently released her new song 'Reasons I Drink,' which will be on her new album 'Such Pretty Forks in the Road' in May.

The contemporary artist is most know for her 1995 debut album 'Jagged Little Pill.'

The new date for Alabama's Indianapolis concert was announced almost a year ago, now.

The country music group's lead singer was experiencing severe back spasms and had to rescheduled to 2020.

All tickets purchased for the original date of Friday, Jan. 11 will be honored at the newly posted show.

Tickets are still available to this show.