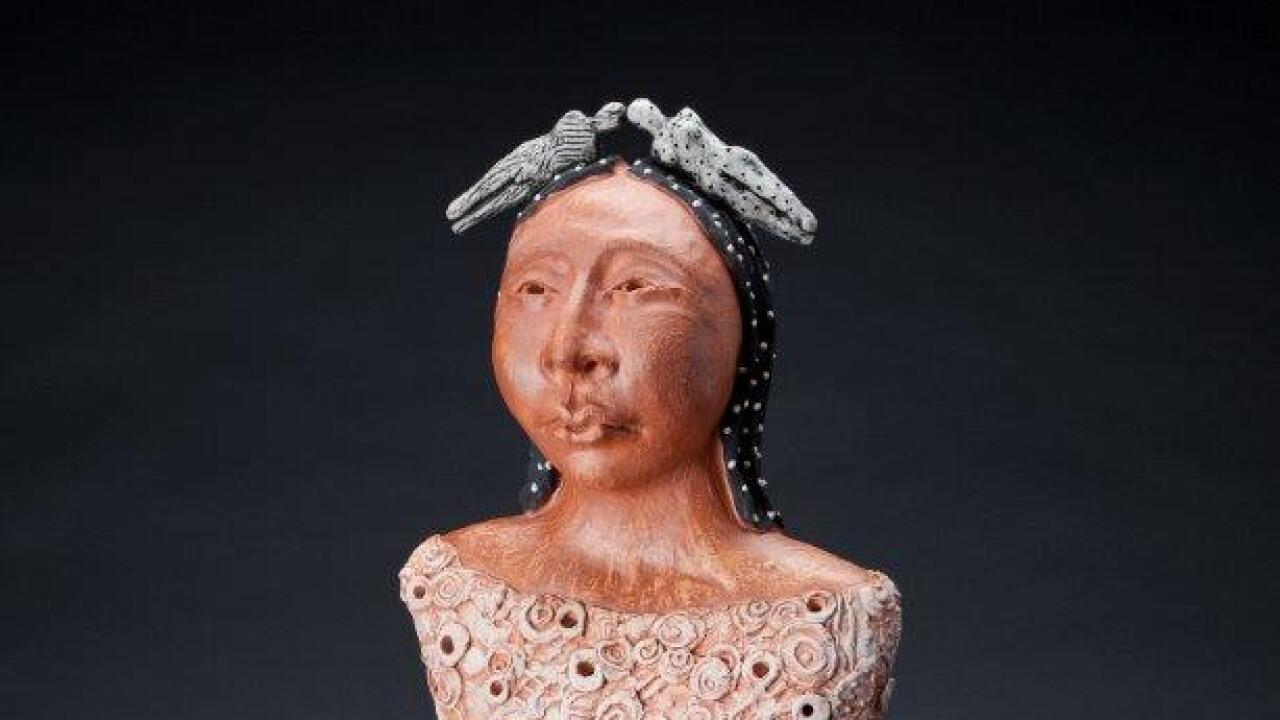 INDIANAPOLIS — The "Eiteljorg Museum of American Indians and Western Art" is continuing to dedicate 2020 to celebrating women visionary artists with its latest installment of "Powerful Women: Contemporary Art from the Eiteljorg Collection."

Powerful Women joins the museum's "Honoring Women" theme, which will highlight Native American women artists who spoke and continue to speak to issues of personal identity, political agency, memory, and violence against women.

“Matriarchs have quietly lead the world for generations. During this year of honoring women, we celebrate the determination, perseverance, and creativity that defines women, including this accomplished group of contemporary artists,” Elisa Phelps, Eiteljorg's vice president and chief curatorial officer, said. “They are indeed ‘powerful women.’”

Some of the world's most important collections of contemporary Native art sits at the Eiteljorg in downtown Indianapolis.

Artworks in the Powerful Women exhibit includes a sculpture by Anita Fields (Osage), work on paper by Kay WalkingStick (Cherokee Nation), a mixed-media installation by Bonnie Devine (Ojibwa), textile art by Marie K. Watt (Seneca), still from video by Skawennati (Mohawk), and an installation by Luzene Hill (Eastern Band Cherokee) the reflects on issues of rape and sexual violence against women.

The first rotation of the Powerful Women art exhibit will take place from September 19 to March 21 in Eiteljorg's "Hurt and Harvey" galleries. The second rotation will from April 18 to October 23, 2021, and will include feature works by African American, Latino, Asian American, and European American women contemporary artists.