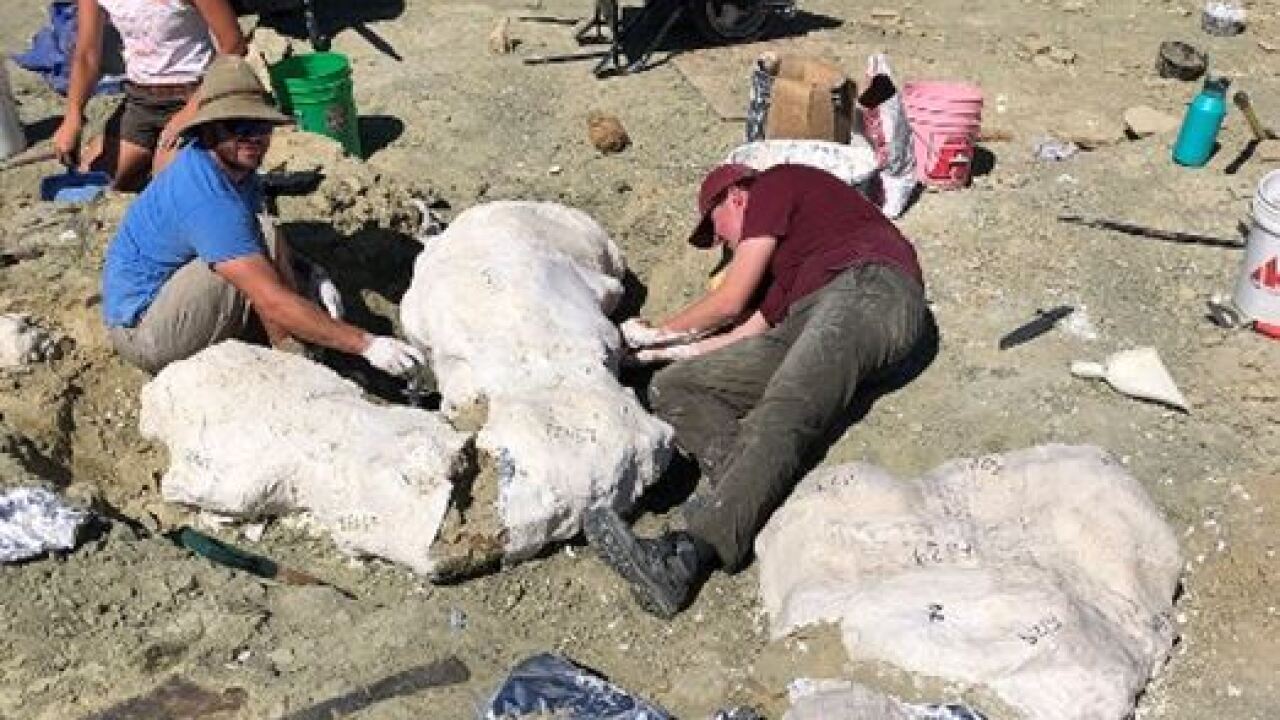 INDIANAPOLIS — The Children's Museum of Indianapolis is getting several gigantic fossils from their big dig in Wyoming.

So far this season, the museum's scientists that have been digging along the Jurassic Mile have uncovered seven tons of fossils. That includes an articulated tail and vertebrae that is about 25 to 30 feet long, a backbone, a second femur that measures between 5 to 6 feet and weighs 200 pounds, and a shoulder bone.

From those fossils, scientists have identified at least four sauropods — 80-foot-long plant-eating dinosaurs — and some of the largest land animals to have ever lived.

More fossils are still being excavated and will be sent to the Children's Museum of Indianapolis to be prepped for the newly expanded Jurassic Paleo Prep Lab, which is slated to open September 10.

“We are uncovering huge fossils that have been hidden for 150 million years. This summer’s Mission Jurassic dig season was an extraordinary example of how real science can reveal the stories of how giant, ancient beasts lived so long ago. It provides real life examples of the scientific processes we can share with children and families in our Dinosphere exhibit and throughout the world,” said Dr. Jeffrey H. Patchen, president and CEO, The Children’s Museum of Indianapolis.

The fossils that aren't cleaned and prepared for display at the children's museum will be sent to Research Casting International in Canada and the Stanford Linear Accelerator National Accelerator Laboratory in California for further study.