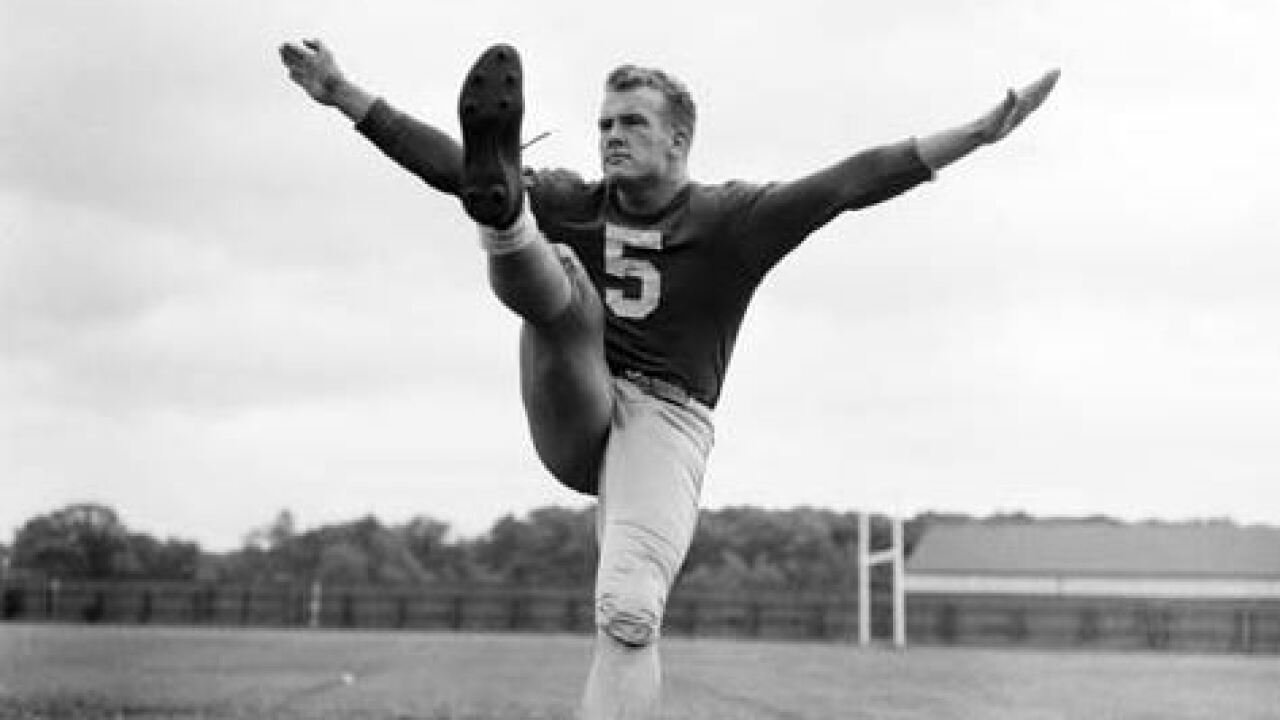 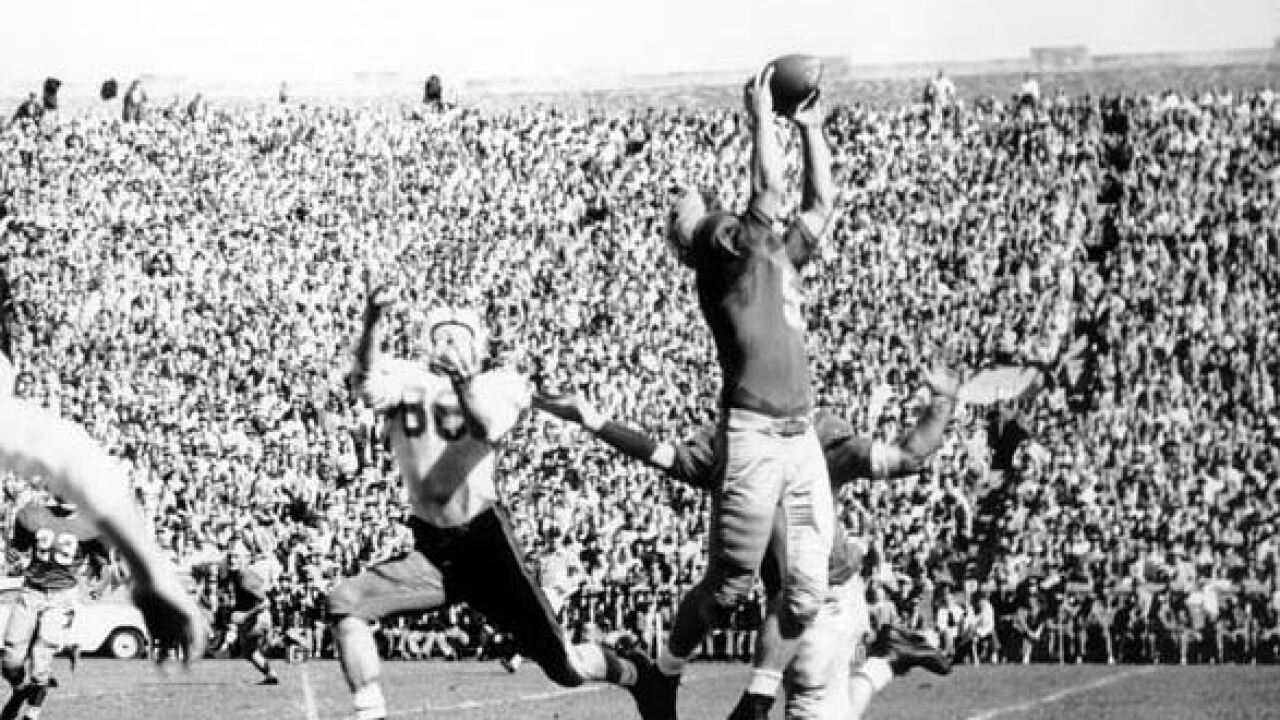 LOUISVILLE, KY -- Paul Hornung, once the "Golden Boy" of football who made history during a Heisman Trophy winning season at Notre Dame before a Hall of Fame NFL career, has died. The Louisville Sports Commission says Hornung had suffered from dementia. He was 84.

Born in Louisville, Hornung rose to national prominence starring for Notre Dame in the 1950's, though his best year would come in an anomalous Fighting Irish season. He competed during the last era of the 'two-way' player, and was one of the best in the country as a halfback and later a quarterback on offense, a safety on defense, a kicker and a punter. Hornung became a star his junior season in 1955, finishing fourth in the nation in total offense and helping Notre Dame to a number 8 final ranking in the Associated Press poll.

In 1956, Hornung was even better, leading the Irish in passing, rushing, scoring, kickoff and punt returns, and punting. On defense, Hornung was tops on his team in passes broken up and was second in interceptions and tackles. The Irish, however, were not better in '56, finishing 2-8 - at the time the worst season in school history. But enough sportswriters thought enough of Hornung's performance to narrowly and controversially award him the Heisman Trophy as the nation's outstanding player. He remains the only player from a team with a losing record to have won the Heisman.

Hornung was taken with the number one overall draft pick by the Green Bay Packers in 1957. He later said he was hoping to be traded after two losing seasons in Green Bay, but his and the team's fortunes changed when Vince Lombardi arrived as head coach before the 1959 season. Lombardi along with other top Packer draft picks Bart Starr, Jerry Kramer and Jim Taylor would turn the team's fortunes around quickly.

In 1960, Hornung set a then-NFL record with 176 points in a season - he scored 15 touchdowns, kicked 41 extra points and made 15 field goals. The scoring record stood for 46 years until it was broken by LaDanian Tomlinson of the Chargers, though Tomlinson played in a 16-game regular season - the regular season was 12 games in 1960.

Hornung was named NFL Most Valuable Player by the AP in 1961, again leading the league in scoring and helping the Packers win the first of four NFL titles during the decade. Hornung is one of only nine players to have won both a Heisman Trophy and an NFL MVP award.

Reporters called Hornung the "Golden Boy" in part because of his blonde hair and good looks and in part because he was known to enjoy the night life, even during his time at Notre Dame. That reputation almost brought his football career to a halt in 1963, when he (along with Detroit Lions lineman Alex Karras) was suspended for the entire season by NFL commissioner Pete Rozelle. Rozelle had found that Hornung and Karras had bet on NFL games and were associating with what Rozelle termed "known hoodlums." After publicly admitting to his mistakes, Hornung was reinstated for the 1964 season.

Though the Packers would win titles in 1965 and '66, Hornung's role gradually diminished, and a pinched nerve in his neck kept him from playing in the first Super Bowl in January 1967, a 35-10 Packers win over the Kansas City Chiefs. Hornung would retire after that season, going on to a career in broadcasting for a number of networks and other outlets for the next two decades. He was inducted into the College Football Hall of Fame in 1985 and the Pro Football Hall of Fame in 1986. The 'Paul Hornung Award' is also given to the top high school football player in Kentucky every year.

The Notre Dame Athletics Department says Hornung is survived by his wife of 41 years, Angela.