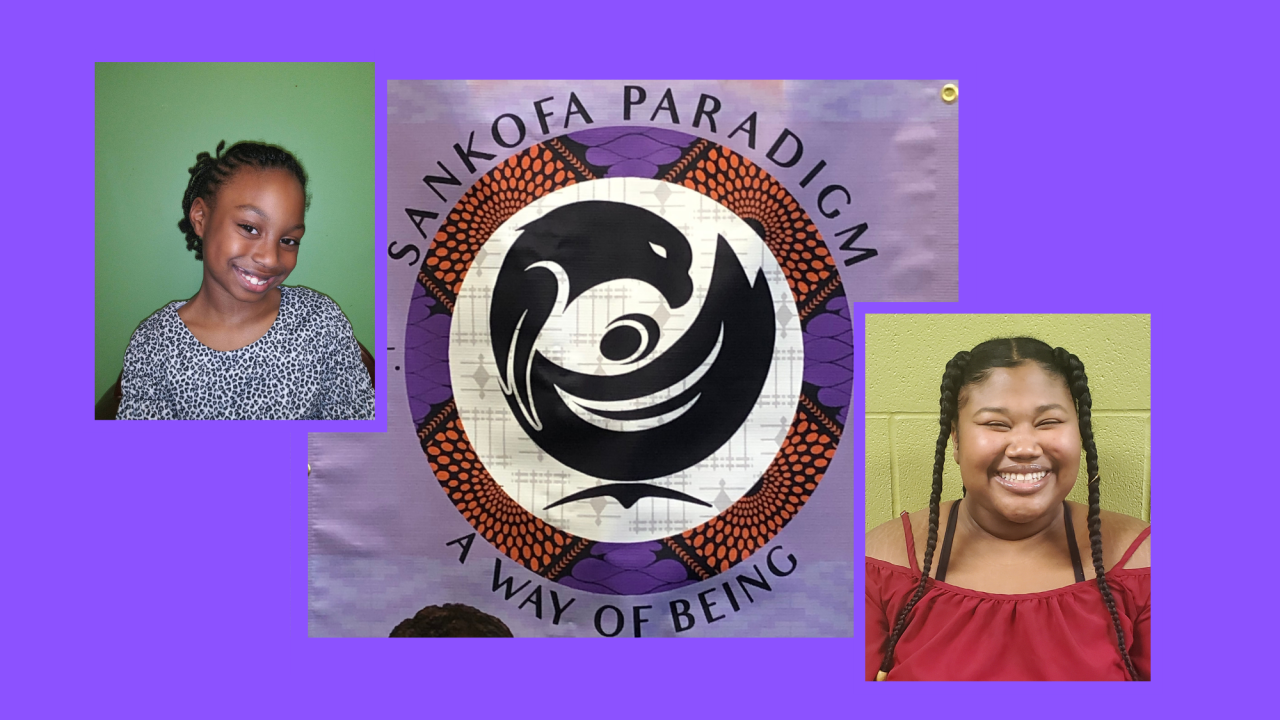 INDIANAPOLIS —The "Sankofa Paradigm Theatre" couldn't have started at a better time for Indianapolis' youth.

It's a program specifically for girls ages 7 to 18 that focuses on performing arts and emotional well-being.

"Their support networks have been dismantled in a way because of the lack of contact with their friends, teachers at school, and we know how important that is for a young girl's life," Camike Jones, Sankofa's program director, said.

"To have that special teacher, or that school counselor, or that best friend...and to be disconnected, in that way, is traumatic," Jones continued. "This program is needed now more than ever."

The program was funded with money raised from an event that featured Michelle Obama in Indianapolis last year. The event and the grant was organized by the "Women's Fund of Indiana."

A total of $750,000 was granted to the "Asante Children's Theatre," which in turn started the Sankofa Paradigm.

"The original idea for the program was that we would be addressing the trauma of systemic racism and oppression. But then it just so happened that we ended up in a global pandemic and a racial uprising — the likes of which hasn't been seen in years," Jones said of the coincidental timing. "The commitment from the Women's Fund of Indiana has been phenomenal to ensure that this program continues to address the traumas that are actually occurring right at this moment."

The overall goal for the program is to find new ways to address present traumas in these girls' lives while providing a space for them to do so safely, with positive support around them.

"It's a healing space. Art is healing a process; it is a way to express yourself. Especially for our youth, who sometimes have challenges with articulating everything that they're feeling."

Jones says some girls join for the theater while others participate in Sankofa because of their friends or because they're searching for a mentor — but no matter what their reason, they're all encouraged to practice self-care and to be vulnerable.

"We lead with love. It's about the person more than the performance," Jones said. "The adults model vulnerability for the girls. We talk about it, and then they see us pick each other up."

Jones says, "Whoever is interested is welcome," and encourages any and every family to reach out.

Sankofa still has open enrollment for the fall session, which will be conducted in a hybrid schedule — some in-person sessions, some virtually. The program is offered in six-week increments through the Boys & Girls Club, in which the girls must be a member to join. If your child is not a member, you can quickly join just for the sole purpose of joining Sankofa, according to Jones.

"Now, more than ever, the girls need a safe place to share their feelings and to be spiritually fed and emotionally serviced."