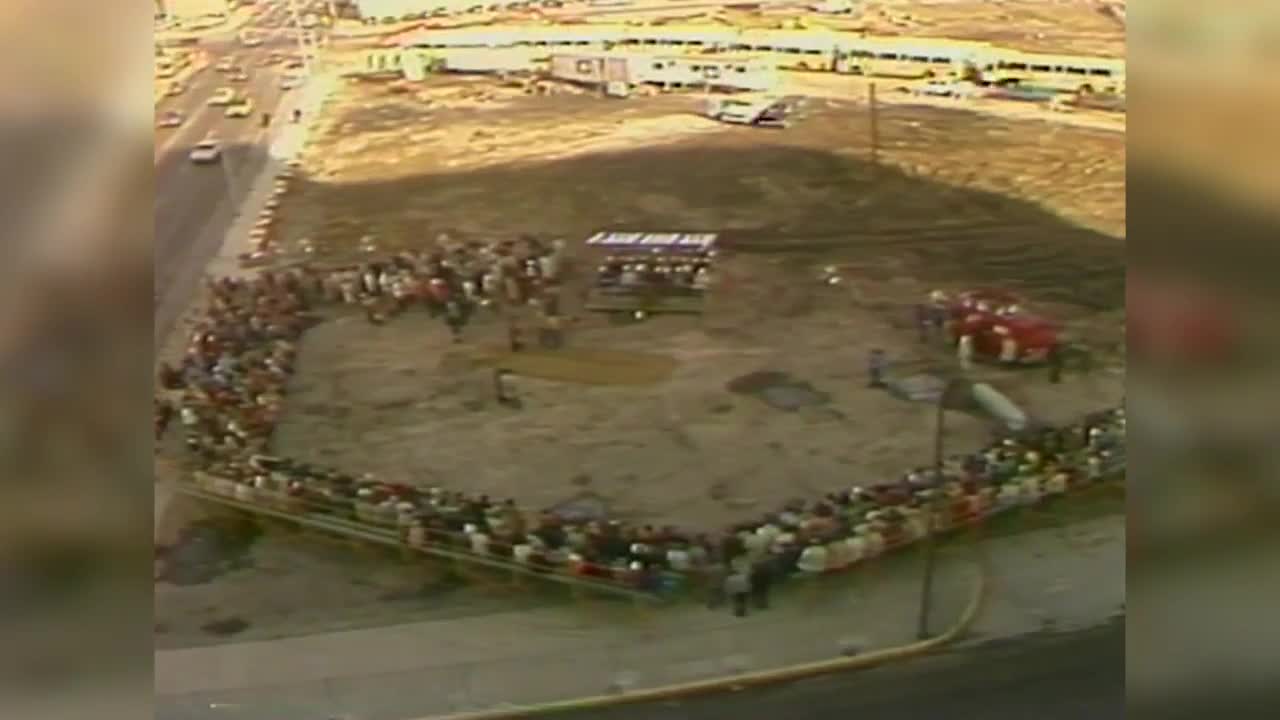 A host of dignitaries were on hand for the celebration, including Governor Otis Bowen and Indianapolis Mayor Bill Hudnut.

Additionally, AUL’s 700 employees were brought to the work site for the groundbreaking.

The 38-story building was slated to be the tallest in Indiana, surpassing the 36-story Indiana National Bank building, now known as Regions Tower.

The building was designed by Skidmore, Owings & Merrill, the same company that designed Chicago’s Willis Tower.

Project Manager Ken Lockhart told RTV6 that a great deal of research went into determining the size of the building.

“The 37 floors represent the amount of space necessary for what we would project AUL’s growth to be for the next 40 years,” said Lockhart. “So that over that period of time, we should be able, if we continue on the growth rate that we project, to fill the building completely with AUL personnel.”

According to OneAmerica, the exterior of the building is comprised of 9,000 slabs of Indiana limestone. It took 194,000 bricks, each weighing 4 lbs to complete the facade of the building.

The projected cost was $50 million.

The 533-foot tower remained the tallest in Indiana until 1990, when it was surpassed by the BankOne Tower, now known as Salesforce Tower.