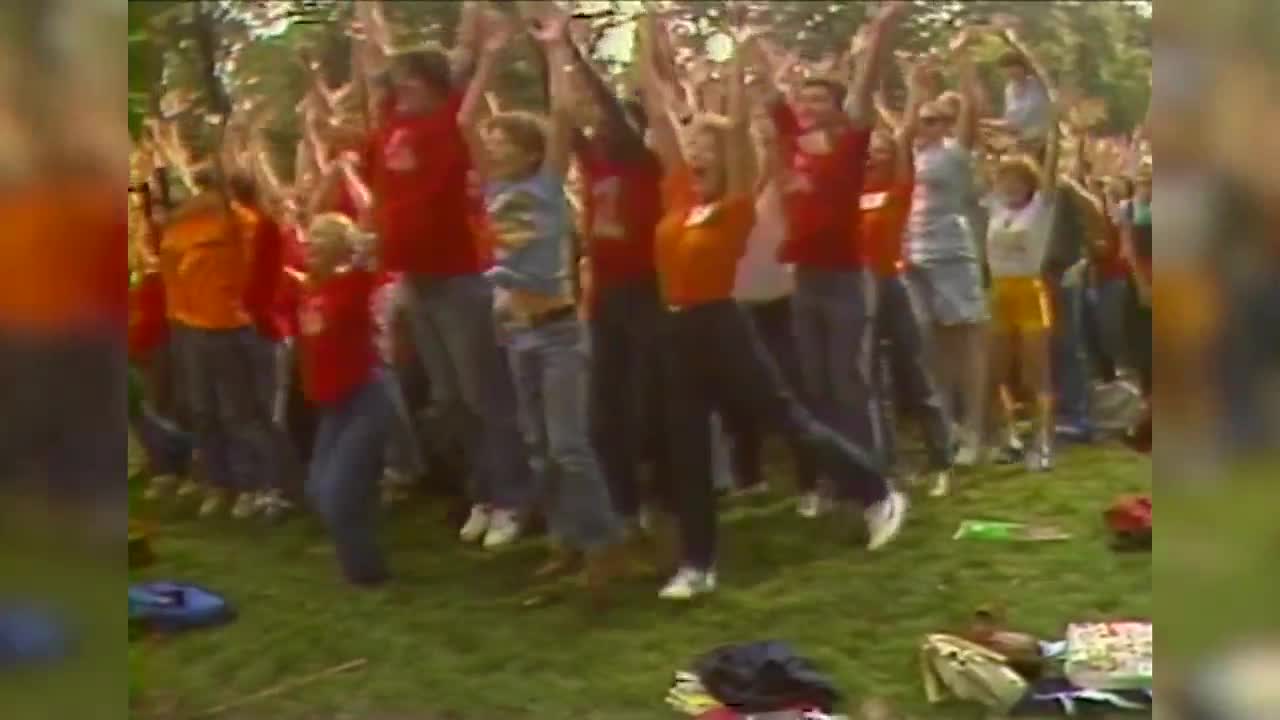 MUNCIE — Thousands of Ball State University students skipped class in hopes of jumping their way into the record books on Sept. 25, 1980.

The idea for the record attempt actually began in a yearbook staff meeting, according to Sparks.

Yearbook photographers and writers began discussing photographs taken by Philippe Halsman. Specifically, photos in which Halsman had his subjects jump into the air.

The Orient staff jumped right in.

The orange t-shirts sold by the Orient had "I jumped for it" printed on them while the red t-shirts provided by Toyota read, "I'm a Toyota jumper!" The automaker planned to use the jump in promotional material.

"Because it's fun. It's different."

"Because we love to jump!"

"Because we came to be discovered today."

"I'm doing it because I feel that it is going to further my education here at Ball State."