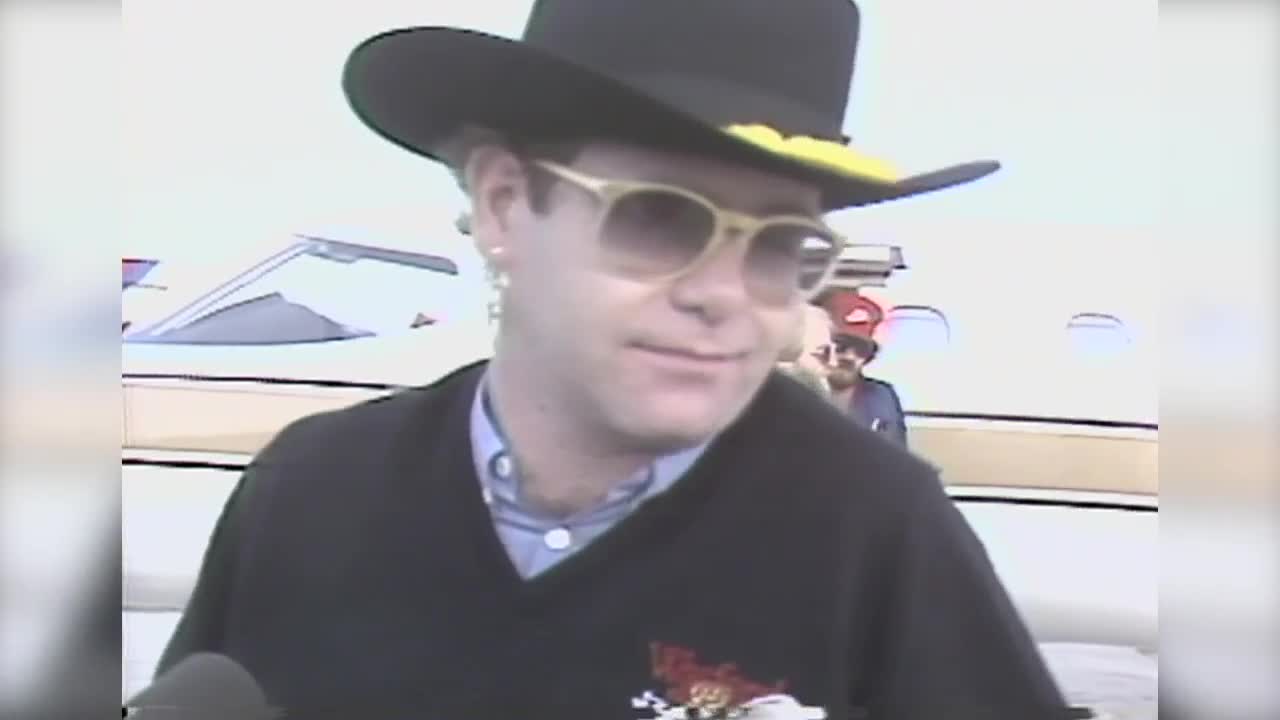 INDIANAPOLIS — Sir Elton John was supposed to bring his Farewell Yellow Brick Road tour to Indianapolis Thursday, however the ongoing coronavirus outbreak has led to another postponement. The original performance date was back in October, but John was forced to cancel that show due to an illness.

While John hasn’t had much luck performing in Indianapolis of late, he’s no stranger to the Circle City.

Former Channel 6 reporter Marilyn Mitzel caught up with Sir Elton and his crew during their ‘Jump Up!’ tour in this report from July 18, 1982:

Elton John arrived in Indianapolis in a Learjet. It’s not his first time here, his tour manager says he’s performed here at least three times in the past.

That was back when Elton traveled with a large orchestra, and semis loaded with equipment. But he’s back touring with just the original members of his group.There are only four of them and Elton says he wouldn’t have it any other way.

Most of us remember Elton from back in the early 70s when he had hit after hit after hit. It seems like Elton is making a comeback with his song ‘Empty Garden,’ a tribute to John Lennon.

His latest single “Blue Eyes’ and his new album ‘Jump Up,’ which is doing well on the charts. But Elton denies he’s in the midst of a comeback. He says his music never stopped.

“It’s a fallacy,” said John. “I haven’t slowed down at all. I took two years off to do my football team, my soccer team. And I’ve had about five albums out since 1976 and I’ve been touring for three or four years, so it’s nothing to do with coming back at all.”

Elton says he will continue writing music and doing concert tours. He says he’s having a good time and isn’t tired of it yet.

Elton’s concert tour is over in August. He says look for another album in September.

The health of my fans is of the upmost importantance to me, so I have made the decision to reschedule my upcoming #EltonFarewellTour shows between March 26th – May 2nd. pic.twitter.com/8iuPeB8oiN