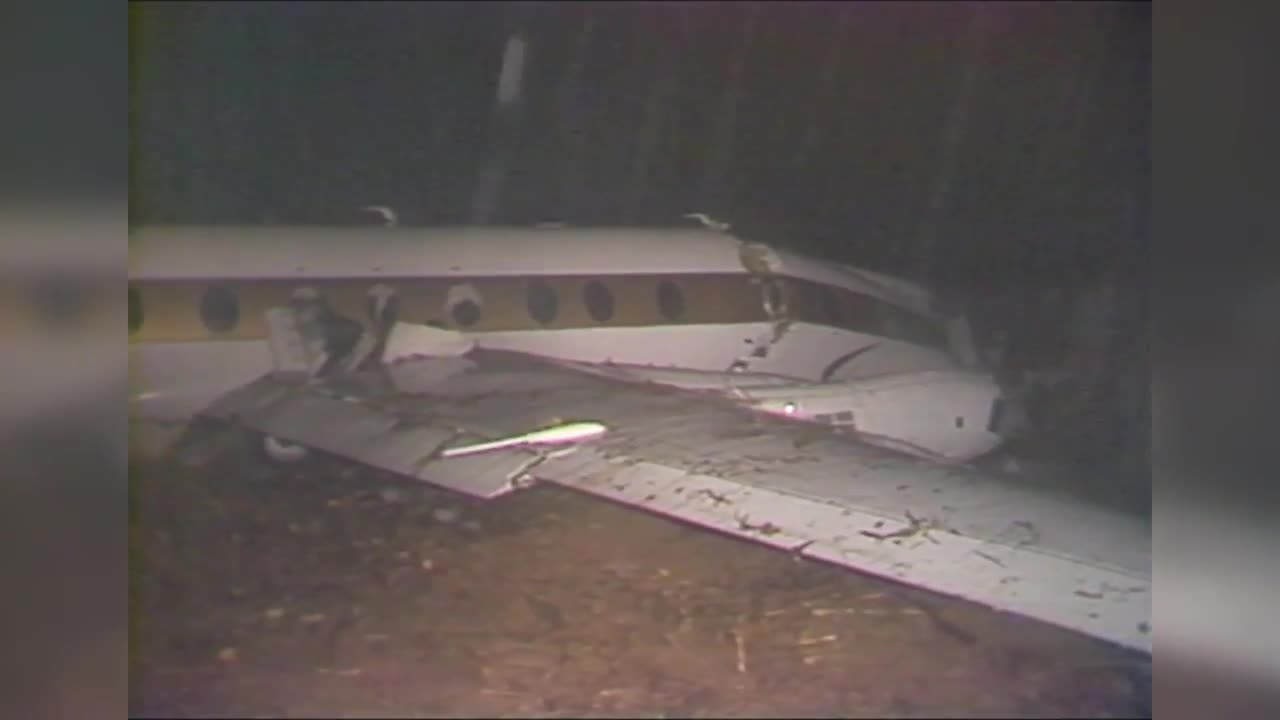 Singer Ray Charles escaped serious injury when his plane slid off the runway at the Monroe County Airport on October 19, 1985. 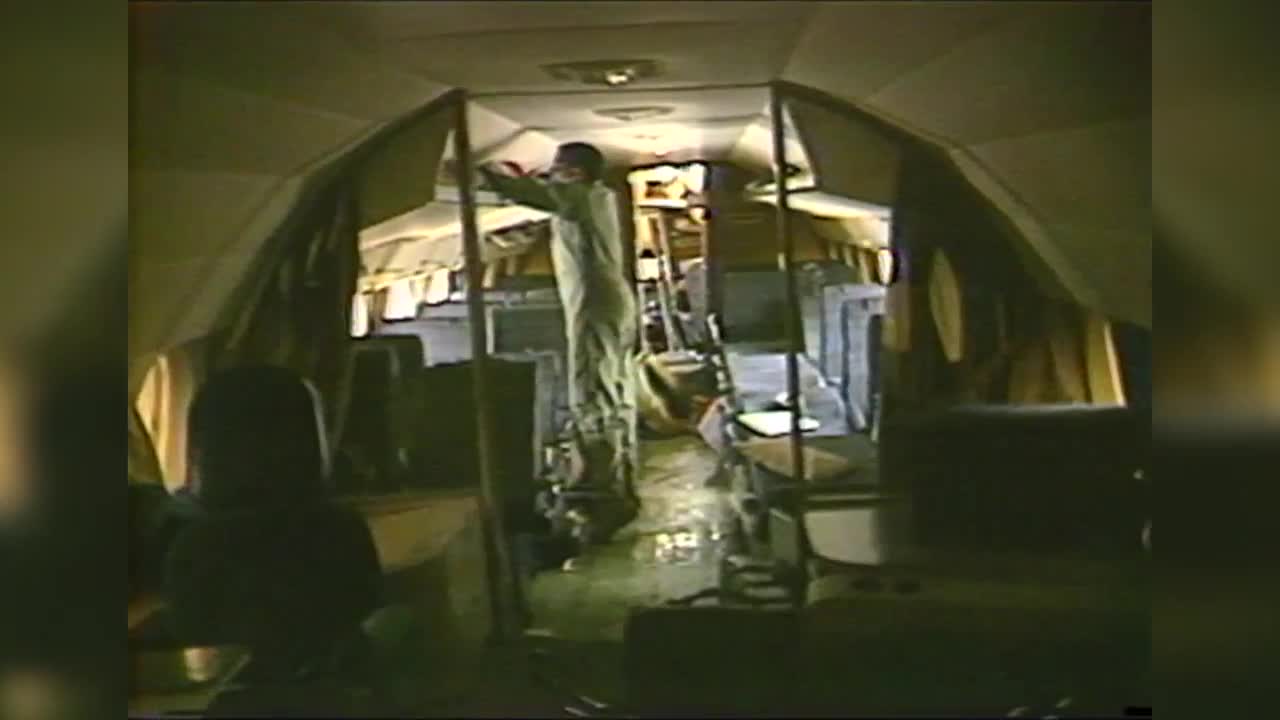 Charles was scheduled to play that evening at the Indiana University auditorium as part of its homecoming festivities.

The Vickers Viscount four-engine turboprop was en route from Lexington, Kentucky. As the plane made its final approach around 3:30 p.m., the pilot and co-pilot encountered heavy rain.

A witness at the airport watched helplessly.

“When I looked out the window, he was setting down about halfway down the runway, and I knew then there was going to be trouble.”

The plane quickly ran off the runway and traveled into a grassy area before going airborne off an embankment.

“Then it was like no more ground under us. Where are we going? And there was a big boom.”

Charles, who was playing chess in the back of the plane when the crash occurred, made his way to the front of the wreckage. The same witness helped Charles to safety.

“He had walked to the front and got in the middle of the crowd. I got him out of the crowd and told him to come with me, and we walked him out the back door. Then me and my brother took him up the hill.”

All of the passengers were able to exit the plane on their own, with the exception of the pilot and co-pilot.

The pilot, Gordon Smith, suffered a back injury and was admitted to the hospital in Bloomington.

Most passengers were forced to spend the night at the hospital because there were no hotel rooms available.