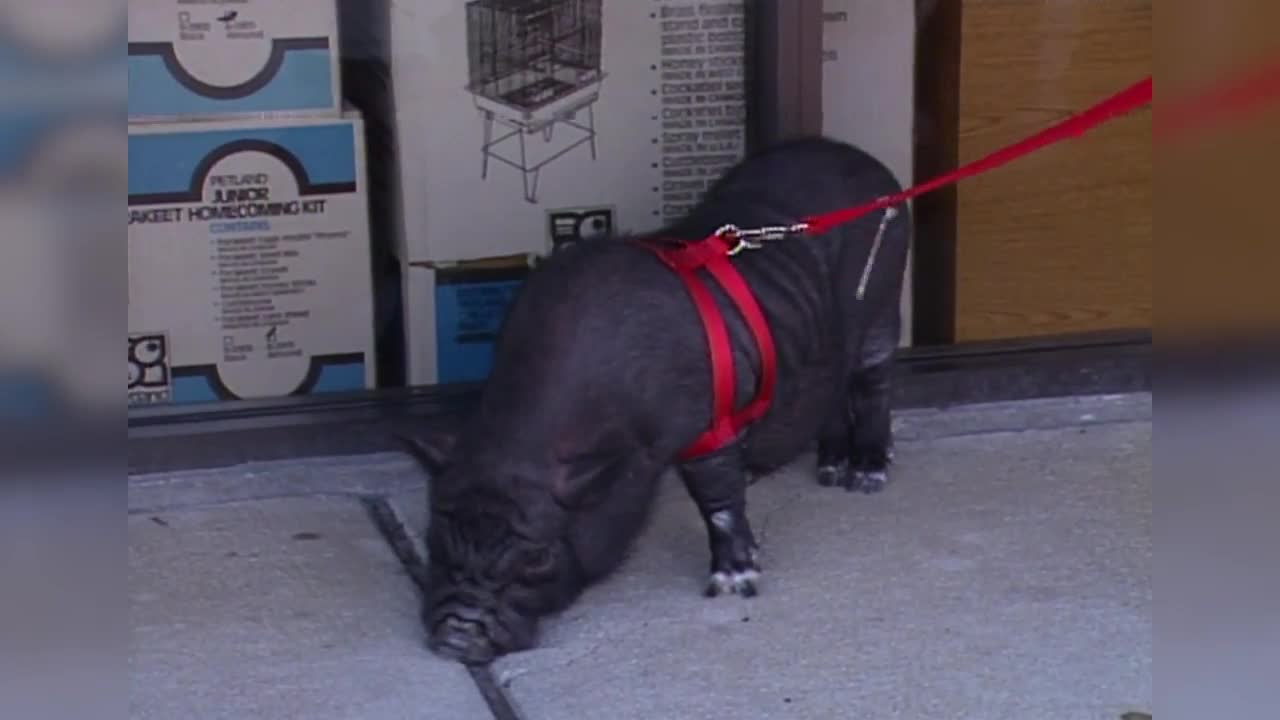 Pet pig pandemonium began on the east coast and quickly swept across the country in the late 1980s. By 1990 Wilbur and friends had found their way to Indianapolis.

Former WRTV reporter Barbara Boyd visited the Petland in Castleton to find out what everyone was squealing about.

Boyd was introduced to a pot-bellied pig named Hamlet, who had become quite the sensational swine. With a price tag of $1,600, Hamlet clearly wasn’t headed for market.

A store employee shared many positive aspects of pig ownership.

“Pigs are very intelligent animals. They’re easily trained. They’re very clean animals. They can be housebroken like a dog, or you can train them like a cat to go in a cat box.”

While Hamlet probably ended up finding a home, his stay was likely cut short as cities and counties began enacting ordinances prohibiting the ownership of animals defined as livestock for pets.

Sec. 531-104. - Keeping swine. It shall be unlawful for a person to keep swine on premises in the consolidated city and county, unless such premises are stockyards, slaughterhouses, or other premises where the keeping or raising of livestock is permitted by county zoning ordinances.

Still, not everyone is aware of the regulations.

WRTV reporter Nicole Griffin shared the story of Kathleen Roberts, who ran into trouble with her pet pig named Jackson in November 2018.

While the pot-bellied pig seemed like a compelling pet in 1990, it is probably better off living on a farm than in a living room.