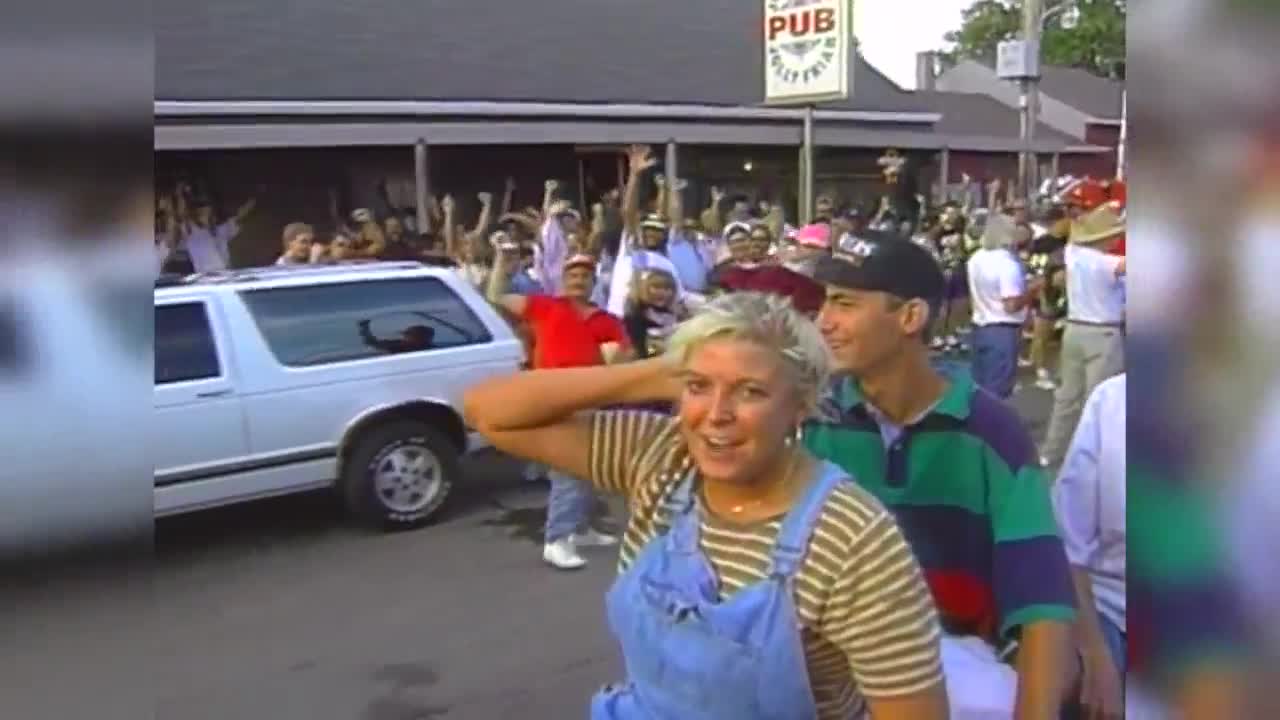 INDIANAPOLIS — The 26th running of the Brickyard 400 will take place on Sunday, Sept. 8.

NASCAR stock cars first rolled into the Indianapolis Motor Speedway on Aug. 6, 1994. It was the first non-IndyCar race held at the speedway in 78 years.

While thousands of race fans headed to the Indianapolis Motor Speedway for the race, a few dozen fans gathered at a pub 20 miles northwest of the track.

Former Channel 6 reporter Jim Parsons visited Smitty’s Pub in the town of Pittsboro where just about everyone was rooting for the same driver, Jeff Gordon. The 23-year-old racer was born in California but was raised in Pittsboro.

When the green flag dropped, the people of Pittsboro were ready.

Jeff Gordon started third behind pole-sitter Rick Mast and Dale Earnhardt. By lap three, he was in the lead.

Gordon avoided disaster on lap 100 when Brett Bodine spun his older brother Geoff in front of the entire field.

In the closing laps of the race, Gordon swapped the lead several times with Ernie Irvan. Irvan eventually lost a tire and Gordon took the lead and the victory.

It was his second career win in the Cup Series.

“Everybody stood behind him 100 percent. We wanted him to win so bad.”

“The energy here is just fantastic. It’s just great. I think we helped push him across the finish line.”

The celebration poured into the streets where an impromptu parade allowed fans to revel in Gordon’s glory.