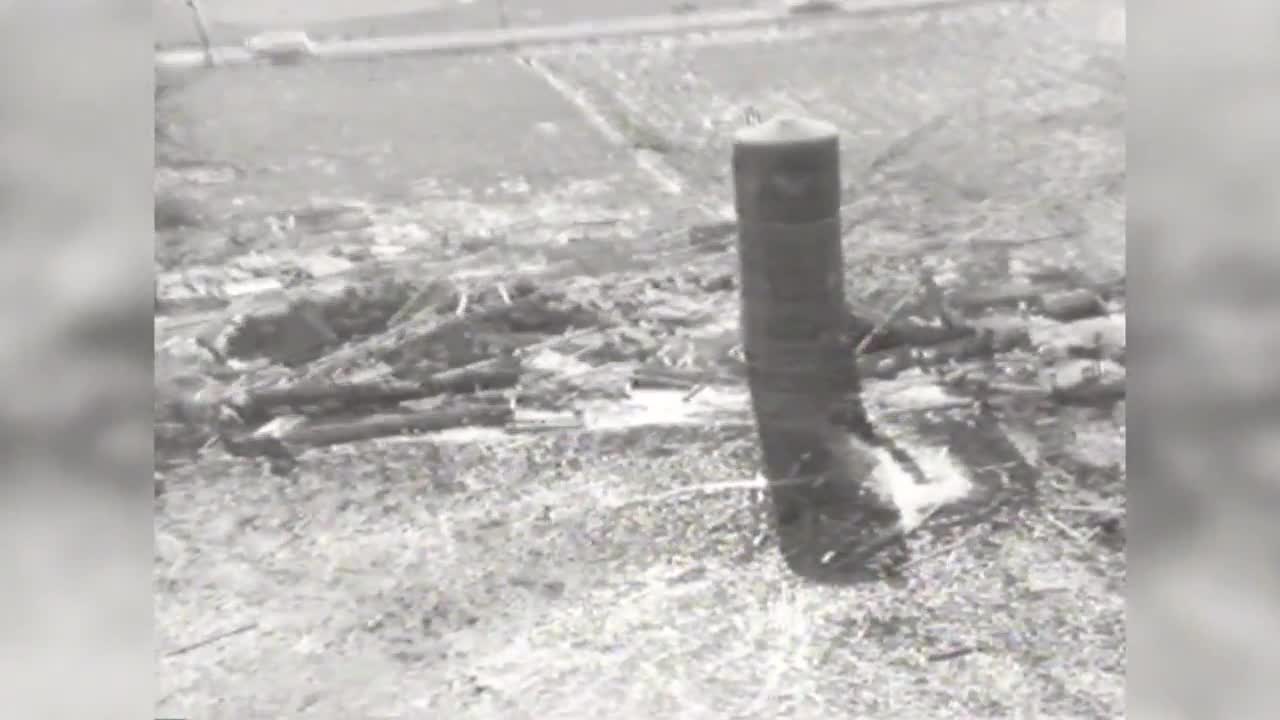 RUSSIAVILLE — On Palm Sunday 55 years ago, tornadoes tore across Indiana. The powerful storms killed 137 and destroyed more than one thousand homes.

Carter spoke with members of the "Friends Church" in Russiaville who shared their stories of survival with children of the congregation.

"I traded three seconds of time for 30 years of life," said fire chief Ike Hollingsworth. "And oh my heavenly Father when I dashed 30 to 40 feet to the house to save me. I thank Him for protective care. It sounded like about four freight trains. I had a cement black garage and I was in a typhoon in Okinawa so I knew to get down. Something told me to
make that last 40 feet to the house, and if I hadn't I wouldn't be here today."

Three Russiaville residents were killed in the storm. The extent of the damage wasn't fully realized until the following day.

"It's hard to describe the feeling. First time I ever experienced it and I hope it's never again," Carter said.