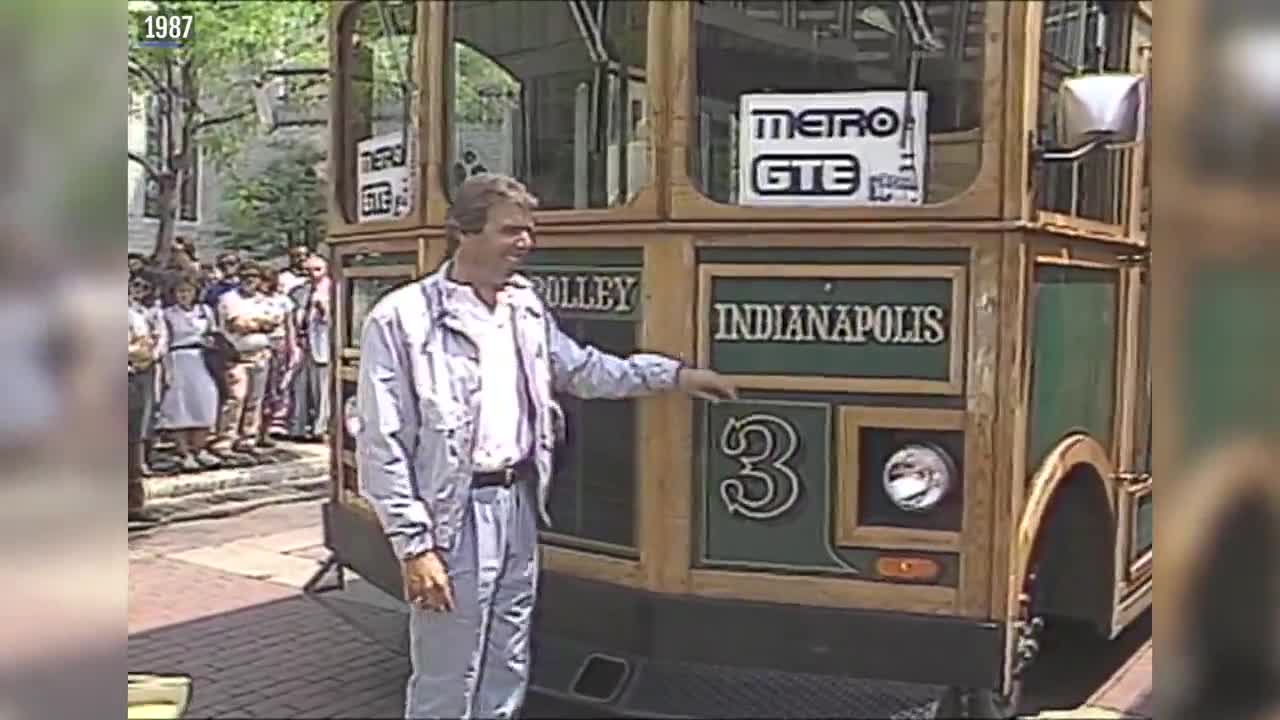 INDIANAPOLIS — Whether it's the singing of "(Back Home Again in) Indiana" or the release of thousands of balloons, or even the gulp of milk in victory lane, the Indianapolis 500 is steeped in tradition.

Most die-hard race fans also have traditions of their own, many of which were probably broken this year thanks to the ongoing pandemic.

But traditions come and go, including one Indy 500 tradition that involved racing diesel-powered trolleys in downtown Indianapolis.

Trolley service was reintroduced to Indianapolis in December 1984.

A combination of private and federal funds paid for the addition of six trolleys at the cost of $85,700 apiece. The trolleys weren't really trolleys, but actually eight-cylinder diesel-powered buses made to look like trolleys.

So when the month of May rolled around the following year, it was decided that the trolleys should be raced around Monument Circle. But they weren't piloted by just anyone; organizers recruited the drivers from the starting row of the Indianapolis 500.

Race fans were invited to watch the drivers muscle the green machines around the circle. Pancho Carter, Scott Brayton, and Bobby Rahal were the first drivers to complete the three-lap inaugural sprint around Monument Circle.

Spectators were treated to a photo finish in 1986 when two of the trolleys seemingly crossed the finish line together.

In 1988, fans were treated to a three-way tie as all of the drivers crossed the finish line together.

The driver that finished first in 1989 wasn't even slated to run in the Indianapolis 500.

Chris Mears, the wife of Rick Mears, crossed the finish line ahead of Al Unser and Emerson Fittipaldi. Rick Mears was not able to compete because of an out of town obligation. The final trolley race was held in 1991 and it was a fast one. Out of town commitments led to two driver substitutions that year.

Rick Mears was replaced by his father, Bill Mears, and Gary Bettenhausen filled in for A. J. Foyt. Veteran Mario Andretti joined them.

At the time, Metro officials stated the top speed of the trolleys was around 20 miles per hour, but Bettenhausen seemed to get more speed out of his trolley as he drafted and hustled around Mario Andretti crossing the finish line first.

Despite the annual excitement on Monument Circle, the trolleys failed to excite the citizens of Indianapolis the other 364 days of the year. The service was never profitable, and the trolleys were pulled from service in March 1992.

Below are the drivers who participated in the trolley races through the years.