Throwback: Kids talk about their favorite foods at the Indiana State Fair 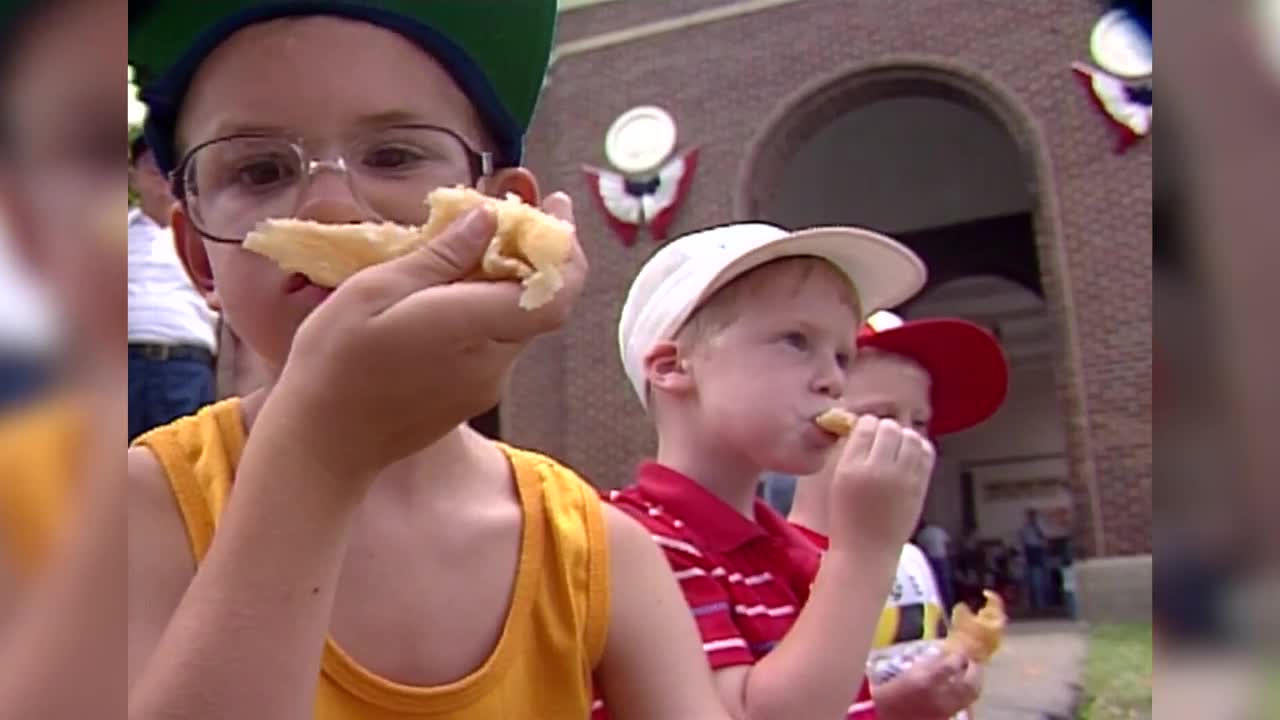 INDIANAPOLIS — The Indiana State Fair was supposed to run from Aug. 7 through Aug. 23, but it was canceled in June because of the ongoing COVID-19 pandemic. This means many of us won’t be able to get our fix of fair food this year.

We won’t be able to make a trip to the Dairy Bar and rush to finish our ice cream before it melts all over our hands. We’ll miss out on burying our face into a massive pork tenderloin, and we won’t be able to enjoy the thrill of fighting off yellow jackets for a sip of a lemon shake-up.

Then again, there are the classics like ice cream, corndogs and elephant ears.

In 1990, former WRTV reporter Barbra Lewis spoke with several kids about their favorite foods at the fair, including one boy who offered up an interesting way to prepare an elephant ear.

Another boy was asked what he thought went into making elephant ears. His response was incredibly accurate, “sugar.”

Lewis also asked a girl named Melinda to pick her favorite food at the fair. Her response probably speaks for a lot of us, “I like every kind.”