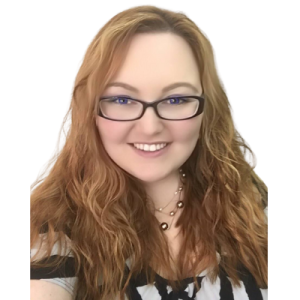 Although a year has passed since the murders of Delphi teens Liberty German and Abigail Williams, Indiana State Police Superintendent Doug Carter says he will not let the case go cold before their killer is found.

“I’ve said all along, as long as I’m in this role and breathing, we’re not leaving the City of Delphi in Carroll County, Indiana, we’re just not,” said Carter. “And if we get to the point where we have exhausted the leads that we currently have in the queue then we’re going to start all over again.”

Carter says television has given us an unrealistic expectation about how cases like this work. Just because a detective on TV can solve a crime in 45 minutes doesn’t mean that's how it works in real life.

In real life, Carter says things aren’t always as they appear, detectives don’t reveal their entire hand when they’re investigating a case, and a case isn’t cold just because there hasn’t been an arrest.

“I’m not going to ask you or your viewers to understand that. I don’t want them to understand evil or to live with that each and every day,” said Carter. “But I think people come to that conclusion based on time, not necessarily based on what we know and what we’ve even shared with everybody.”

On February 13, 2017, Libby, 14, and her friend Abby, 13, were dropped off to go hiking along the Monon High Bridge trail. It was a beautiful day and the girls were taking advantage of the unseasonably warm weather and the rare day off from school to do some of the things they loved most: take photos and spend time together.

No one who knew the girls could have guessed that day would end in tragedy.

In the past 12 months, investigators have received more than 30,000 tips and interviewed thousands of potential suspects but they are still waiting on that -one- piece of information that will lead them to Abby and Libby’s killer.

Even a year later, the evidence released to the public has been minimal but here’s a look at everything we know about the case.

Social media photos give a snapshot of teens' location

Libby posted a photo of Abby walking across the railroad tracks on the bridge on Snapchat around 2:15 p.m. That haunting image was the last known photo of either girl alive and is the only clue we have about when exactly things might have taken a turn.

Family members came to the designated pick up location a few hours later, but the girls weren't there. The girls also weren't returning any of their phone calls.

Family and friends called police around 5:30 p.m. and search crews began combing the area looking for the girls.

Libby and Abby's bodies were found in a wooded area, on a piece of private property less than a mile from where they were last seen alive.

No details surrounding the girls' cause of death have ever been released.

The man who owns the property where Libby and Abby’s bodies were found was investigated but he was never named a suspect in the girls' murders.

READ | A look at the property where Libby & Abby were found

The man on the bridge

Indiana State Police released a photo on February 15 that was taken from Libby’s cell phone that depicted a man walking along the railroad tracks. Libby was heralded as a “hero” by state police for having the presence of mind to begin recording.

In the days that followed, law enforcement officers from across the state, as well as the FBI, traveled to Delphi to assist with the investigation and help sort through hundreds of tips. A tip line was also set up and a command center established to handle all things related to Libby and Abby’s murders.

Audio clip ‘down the hill’ released by police

Indiana State Police and the FBI released a short audio clip of a man saying “down the hill” on February 22. Investigators said the audio came from a video recording on Libby’s cell phone of a man who was apparently on or near the Monon High Bridge on the day the girls went missing and was taken during "criminal activity."

The full video from Libby's phone has not been released.

Five months into the investigation, Indiana State Police released a sketch and description of a suspect.

The composite sketch was created after state police said they received new information from witnesses who were in the area at the time Libby and Abby went missing.

The suspect is described as a white man between 5-foot-6 and 5-foot-10, weighing 180-220 pounds with reddish brown hair and unknown eye color. Detectives say the man's hat was not drawn as described in order to make his facial features more easily recognizable.

To expand their search efforts, the FBI began utilizing over 6,000 electronic billboards across the country to solicit information on the case.

Thousands of tips have come in to the Delphi murders tip line and the reward continues to grow as the search for Libby & Abby's killer has touched every state in the country.

Delphi By the Numbers

In September, following a completely unrelated arrest in Colorado, Daniel Nations made headlines when he became the first named 'person of interest' in the murders of Libby and Abby.

Nations had moved from Indiana, was a registered sex offender in multiple counties and had active warrants in at least two Indiana counties.

Detectives working the Delphi investigation flew to Colorado to interview Nations and compare information with detectives there.

READ | Who is Daniel Nations? The latest 'person of interest' in the murders of Libby & Abby | ISP returns from Colorado, says Nations 'neither included nor excluded' as suspect

Nations was arrested in Colorado for allegedly threatening people with a hatchet along a trail in El Paso County, Colorado, and eventually pleaded guilty to a charge of menacing in January 2018. He was then transferred to Clear Creek County, Colorado, where he was wanted for providing false identification to police officers.

The day he was to be released on his own recognizance in Clear Creek County, Nations was arrested again on a warrant out of Johnson County, Indiana, for failing to register as a sex offender while he was living in Greenwood.

Nations also has an outstanding warrant out of Bartholomew County for indecent exposure.

Nations was extradited back to Indiana, but police are still not calling him a suspect and have not made any public attempt to connect him further to the crime.

TIMELINE | Could Daniel Nations be connected to the Delphi murders?

How You Can Help

If you have any information on the case, no matter if it seems insignificant, contact authorities using the tip line at 1 (844) 459-5786 or email Abbyandlibbytip@cacoshrf.com.