Kelsi German: "I swim every stroke for my sister" 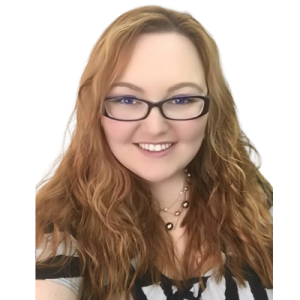 Kelsi German was looking forward to competing with and against her younger sister, Liberty, this year.

Libby was an incoming freshman and one of the things she was most excited about was joining the Delphi Oracles swimming team.

Kelsi is a senior – it would have been their only year to compete together.

“It would have been an ongoing battle between the two of us,” said Kelsi.

Although she’s been swimming since she was in middle school, Kelsi says this year has taken on a new meaning since her sister’s death.

“This year has been a year about Libby. I’ve been doing everything I can to make Libby proud… Living the life she deserved to live.”

The two shared an unbreakable bond.

But it wasn’t just swimming – Kelsi says her little sister was also her best friend.

“We did everything together. She was always there. She was the best part of my life.”

After Libby was killed, Kelsi made a tough decision about her senior year on the swim team.

Instead of competing for herself, she decided to swim in the events that Libby would have competed in, including the 200 and 500 Free Relays, something Kelsi says her body isn’t used to.

“It’s really tough because I’m a sprinter, I don’t do distance. So it’s like trying to start over completely.”

Not only is she swimming her sister’s events, buts she’s carrying a piece of her with her as she does it.

One day - in the year since Libby’s death - Kelsi went into her room to find a pair of her missing socks. Instead, she stumbled upon Libby’s swim goggles.

“I needed a new pair. Why buy some when I can have another piece of Libby with me in the pool?”

“It’s like a way for me to escape from everything that’s happening outside of here.”

And she uses it to separate herself from the world, to spend time with her sister and to grieve.

“It makes me feel like she is here and it’s like she’s a part of my life still. Like she’s still living as much as I’m living. As long as I’m here, she is here.”

A memorial poster hangs over the pool - Kelsi says she looks up to that picture before every practice and meet, and talks to Libby.

“I look up to it when I go off the blocks because I’m not the best starter and I want her to be with me when I start,” said Kelsi. “I want her to help me get better.”

“It was definitely more important to swim for her,” said Kelsi. “I’d rather swim for her than myself.”

“When I swim, I swim every stroke for my sister.”