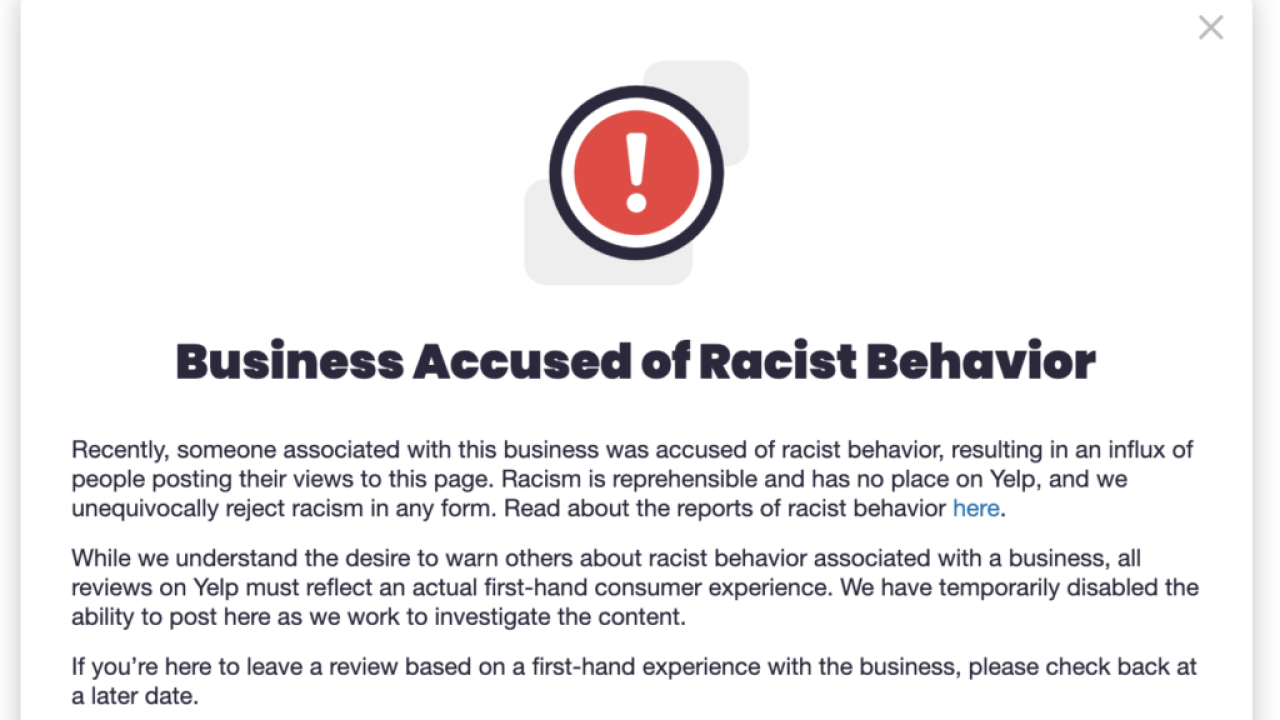 Thursday, Yelp announced its new "Business Accused of Racist Behavior" alert banner will appear on Yelp pages where an employee at an establishment is accused of racist behavior. According to Yelp's news release, such alerts will include a news article with reported incidents of racism, including racist language or symbols, to help inform users of places that have gained public attention for racist conduct.

Reports of businesses engaging in alleged racist behavior on Yelp had increased since late May when the police killing of George Floyd sparked protests across the country.

According to Yelp, more than 450 racist behavior alerts were placed on business pages between May 26 and September 30. These businesses received the alerts because they were accused, or the target, of racist behavior related to the Black Lives Matter movement.

A company spokesperson says the site will not allow people to leave reviews based on media reports because it can "artificially inflate or deflate a business's star rating."

You can learn more about this on Yelp.com.