70 Years Together: Clyde Lee talks about his favorite stories he covered 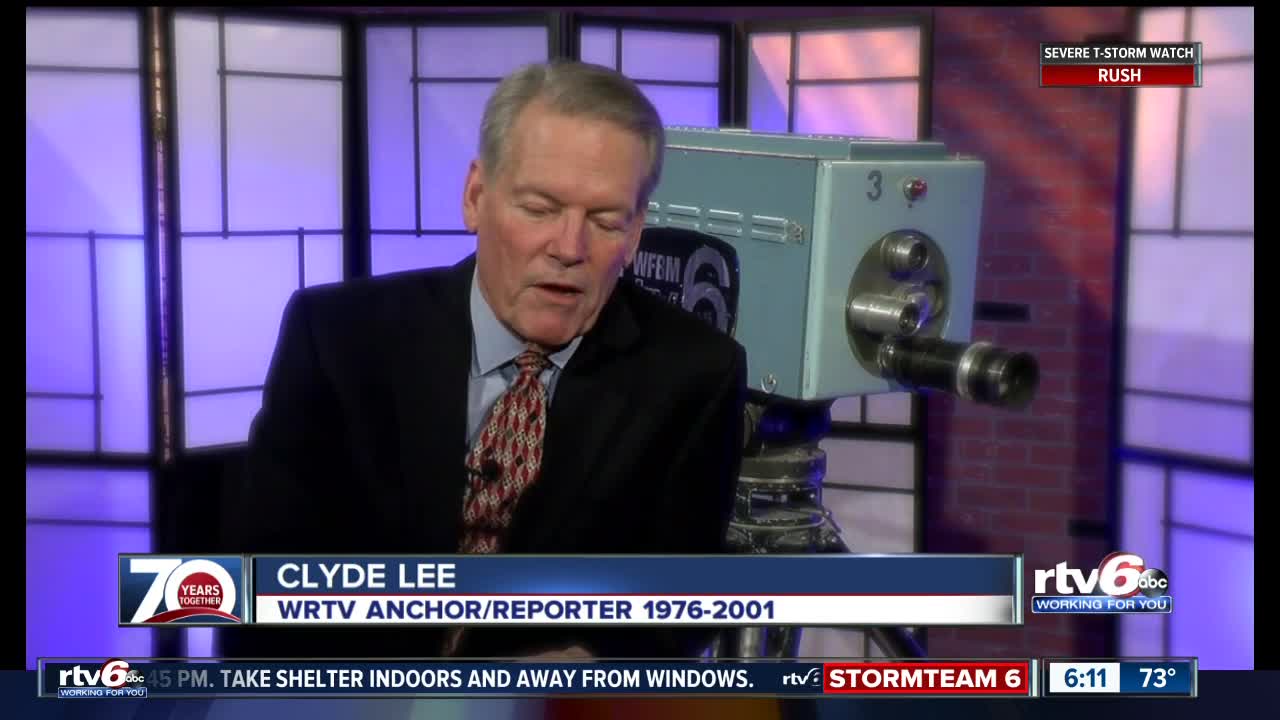 Former RTV6 anchor Clyde Lee worked at RTV6 from 1976 until 2001 and had a segment called Medical Matters.

RTV6 is celebrating 70 Years Together! May 30th marks the 70th anniversary of Channel 6, originally WFBM, going on the air in 1949 as the first TV station in the state of Indiana. Every day during the month of May, we'll be reaching into the archives and talking with current and former staff members to share some of their memories and noteworthy moments with you. Click here to see more memories.

Watch this video in the player above to hear more about Lee's time at RTV6.