70 Years Together: Diane Willis says RTV6 was a family 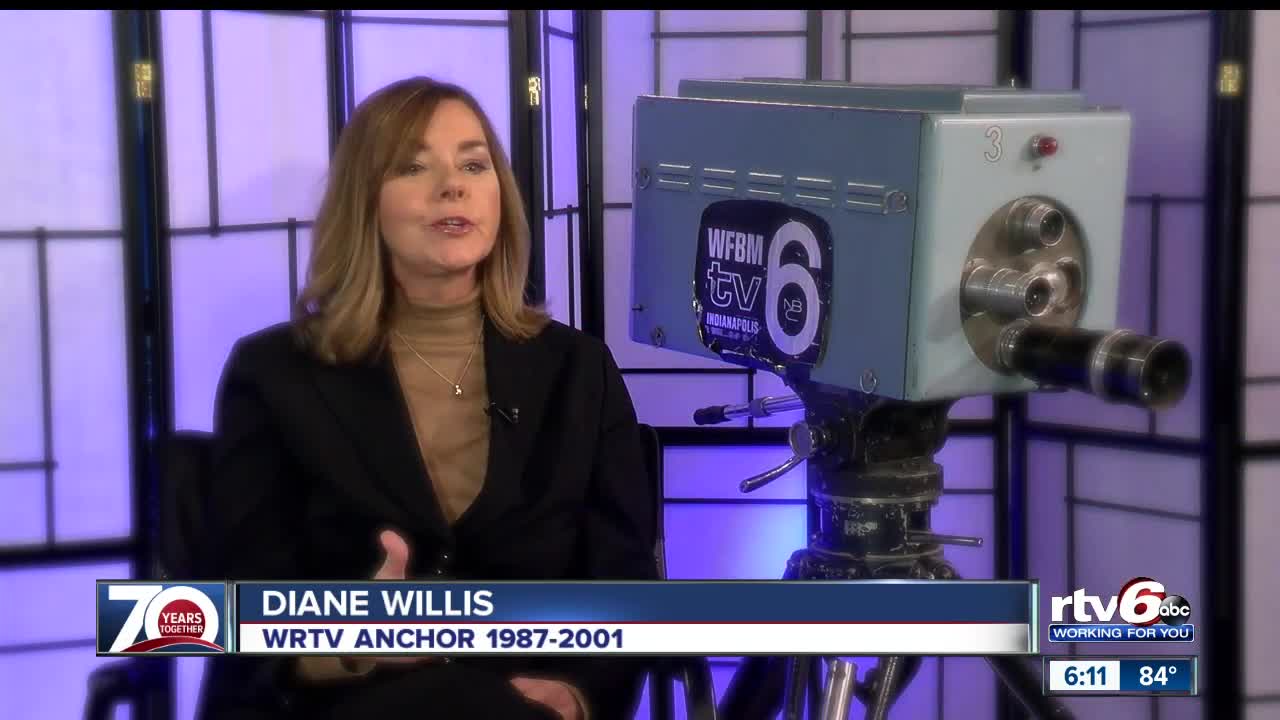 When Diane Willis came to RTV6 from Boston in 1987, she thought she would just be in Indianapolis for two years.

RTV6 is celebrating 70 Years Together! May 30th marks the 70th anniversary of Channel 6, originally WFBM, going on the air in 1949 as the first TV station in the state of Indiana. Every day during the month of May, we'll be reaching into the archives and talking with current and former staff members to share some of their memories and noteworthy moments with you. Click here to see more memories.

INDIANAPOLIS — When Diane Willis came to RTV6 from Boston in 1987, she thought she would just be in Indianapolis for two years.

Hear more about her time at RTV6 in the player above.