At least two protesters struck by vehicle in Bloomington 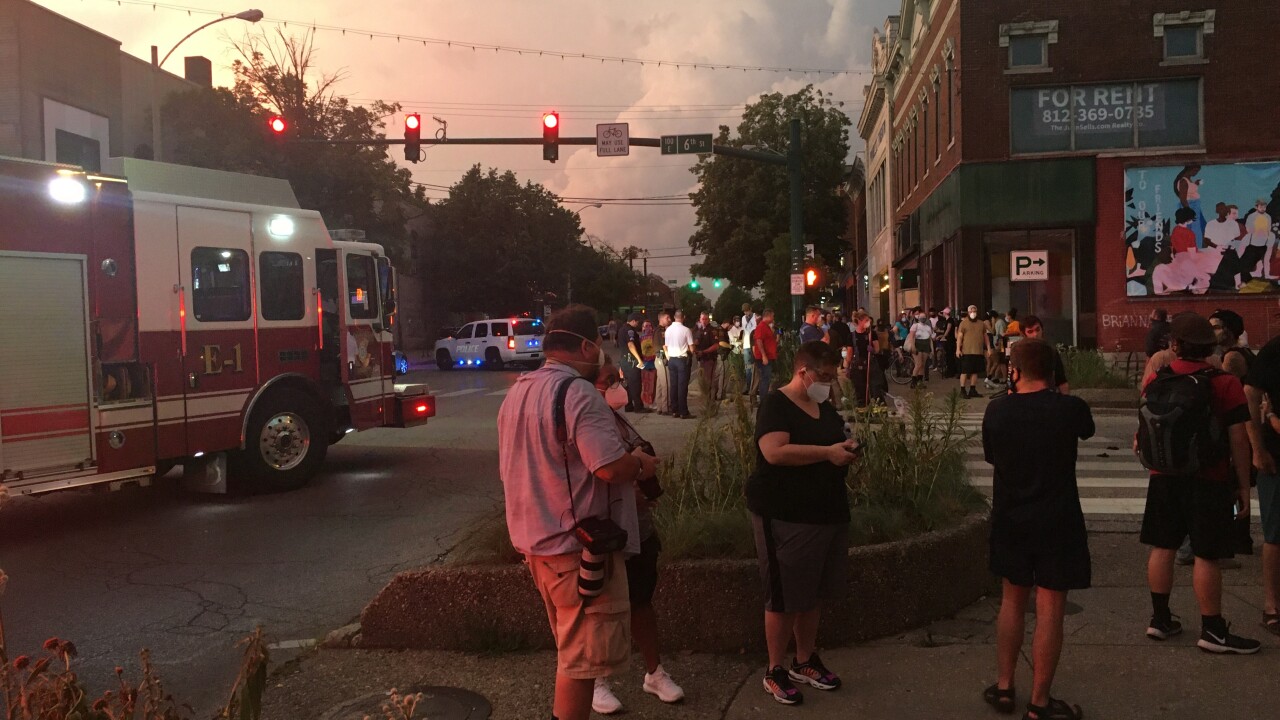 BLOOMINGTON — At least two protesters were struck by a vehicle toward the end of a protest in Bloomington.

Protesters had gathered to demand arrests following a weekend incident at Lake Monroe where several people pinned a man in an apparent attempted lynching.

The incident happened around 9 p.m. in the area of 6th and Walnut streets in Bloomington near the Monroe County Courthouse as the protest was wrapping up.

Hundreds of people had been taking part in a rally and protest march through Bloomington following an alleged racist attack at Lake Monroe where several men attacked and apparently attempted to lynch Vauhxx Booker, a Monroe County Human Rights commissioner.

Police say an electric scooter had been left in the roadway and a red Toyota passenger car drove up to it. A male passenger then got out and threw the scooter out of the lane of travel. That's when police say a 29-year-old woman approached the vehicle and stood in front of it with her hands on the hood.

The vehicle then began to accelerate, according to police, causing the woman to go up onto the hood of the car. A man then grabbed the car and clung to the side of it as it accelerated rapidly on Walnut Street. The man and woman remained on the vehicle until it turned abruptly onto eastbound 6th Street, throwing both of them off, according to police.

The 35-year-old man, who identified himself as Geoff Stewart, suffered abrasions as a result of the incident. The woman was knocked unconscious and suffered a laceration to her head, according to police. She was taken to the hospital to be treated.

Stewart recounted to RTV6 what happened following the protest from his perspective.

"A woman driving the vehicle came up to the stop and had started revving her engine toward us and we tried to stop her and let her know that the crowd is clearing up just wait a second," Stewart said. "But, she and her passenger both wanted to go right away so they started to push, they pushed into the woman that was with me and when she pushed again both of us went on the vehicle."

"I was just trying to block her vision so she would slow down so I tried to pull myself as far in her way to obstruct her view," Stewart said. "She drove through red lights and made her turn up here that threw both of us off the car."

The video below was taken by Jarren Vaught during the incident. WARNING: Some language may be offensive.

Police have not located the vehicle involved or the two people who were inside of it during the incident, although they say multiple witnesses did provide video of the incident.

If you have any information contact the Bloomington Police Department.

WATCH VIDEO OF THE AFTERMATH: