Truckers express concern about working in cities that defund police 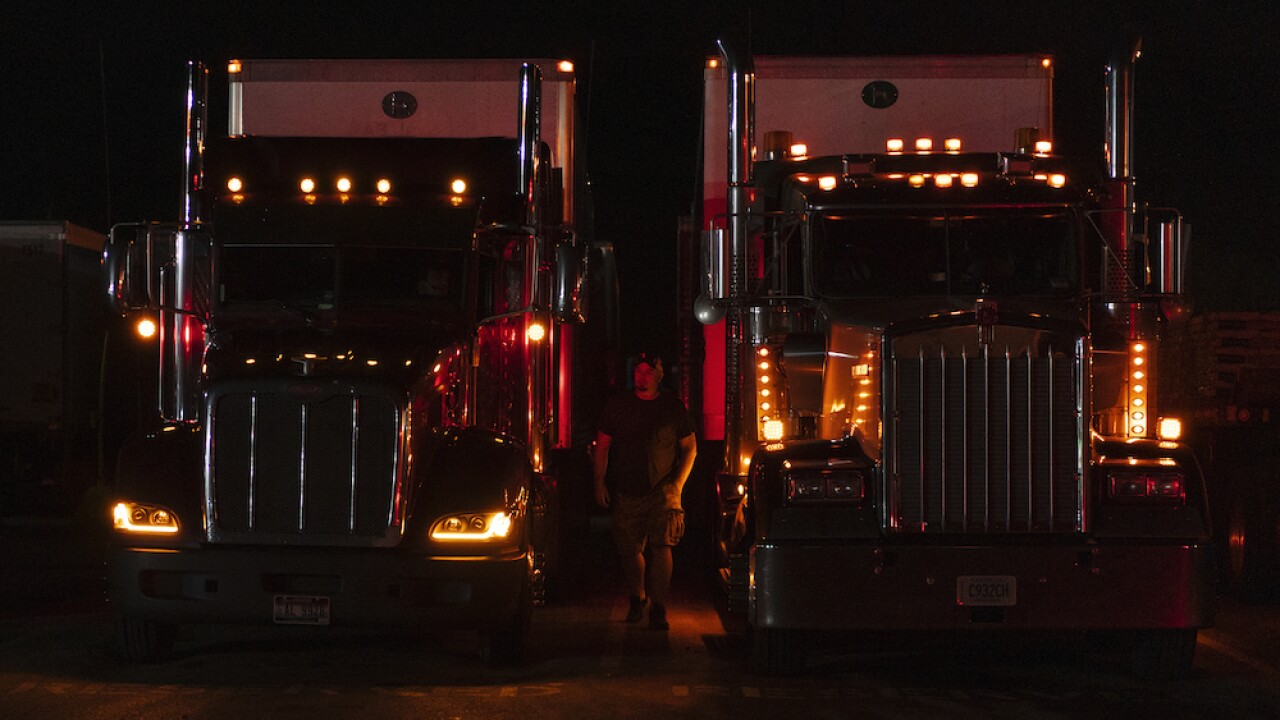 Copyright 2020 The Associated Press. All rights reserved
Carolyn Kaster/AP
In this April 5, 2020, photo, professional driver Sammy Lloyd, of Ringgold, Ga., walks from his 2014 Kenworth W900 semi truck, on the right, as he arrives at the TA Travel Center truck stop in Foristell, Mo., just after midnight. Lloyd was pulling a COVID-19 emergency relief load from California to Virginia. (AP Photo/Carolyn Kaster)

Hundreds of truck drivers have expressed concern about delivering to cities that chose to defund their police departments, according to trucker news and social media website CDL Life.

A poll posted by a CDL Life moderator on June 11 asked if drivers would pick up or deliver to cities that chose to defund or disband their police departments.

Of the 1,287 people who responded to the poll, more than 1,000 said they would not deliver to cities that defund or disband police.

Los Angeles, Minneapolis and New York are all exploring ways to cut more than $100 million from their police department budget.

On Monday, Albuquerque, New Mexico announced it is launching a program that would send unarmed social workers instead of police officers in response to certain 911 calls. Police officers would still respond in the event of violent crime.

According to figures released in December, heavy and tractor-trailer drivers suffered more fatalities than any other detailed occupation in 2018.