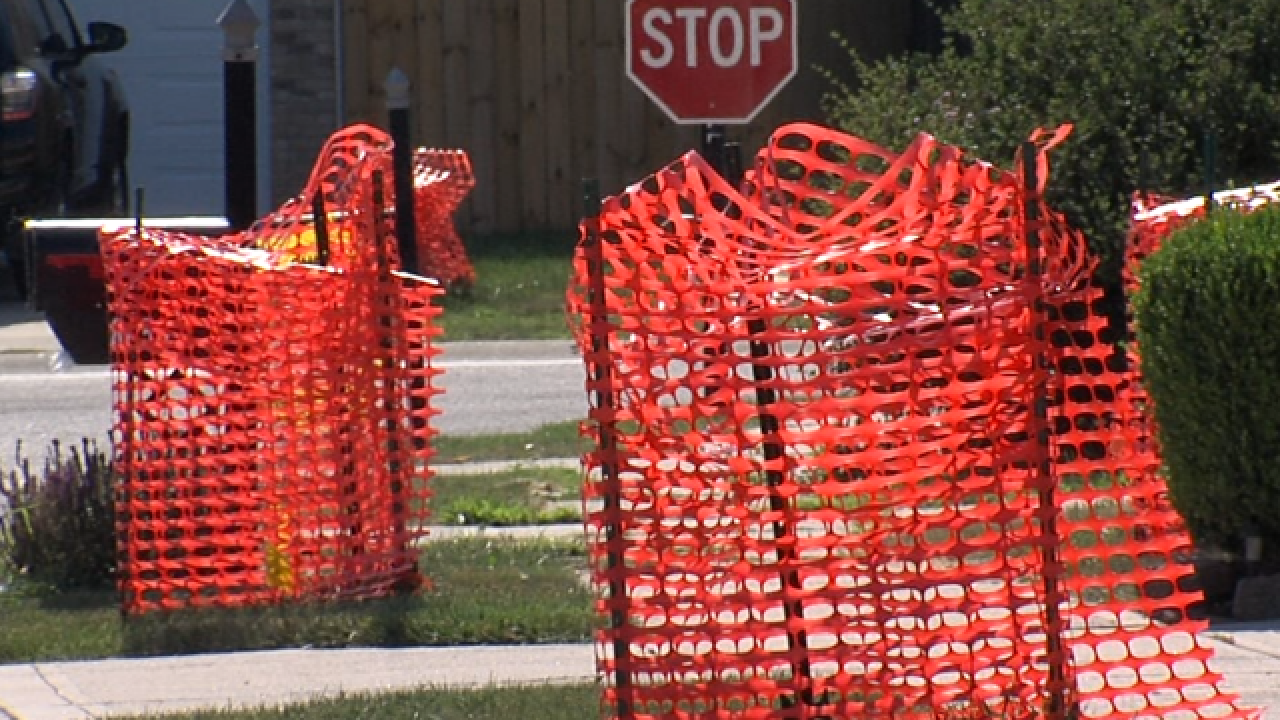 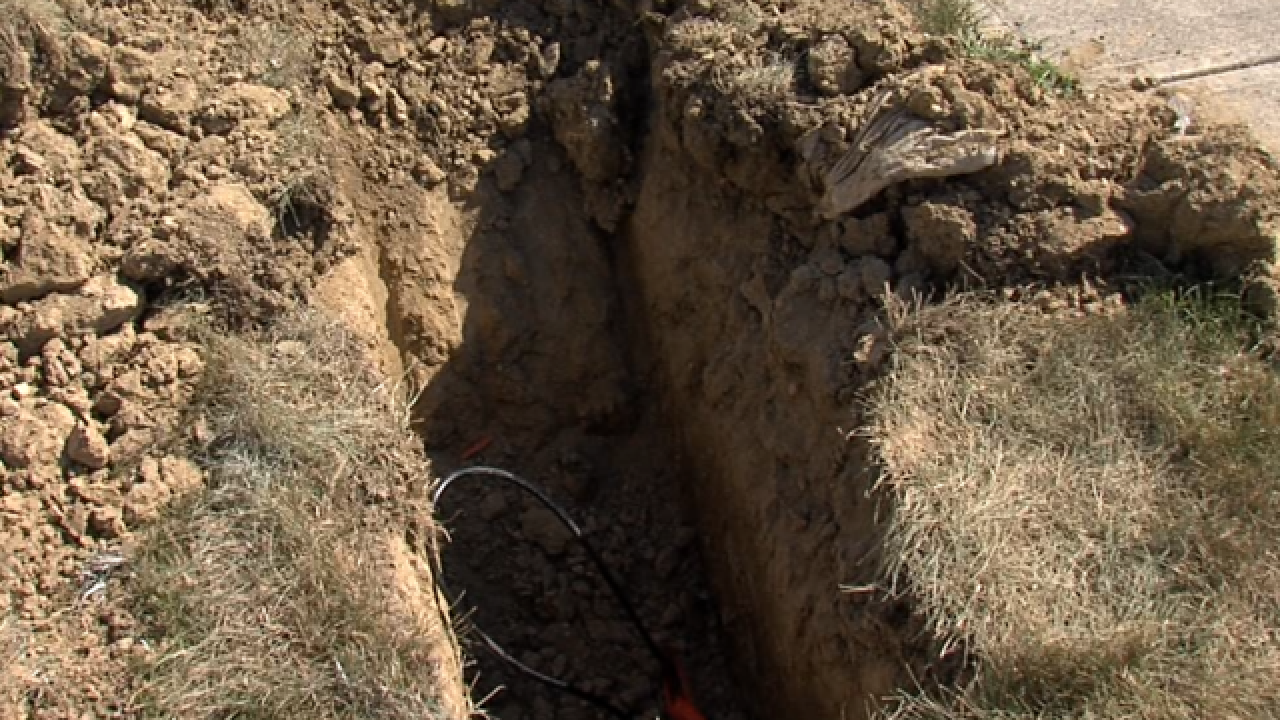 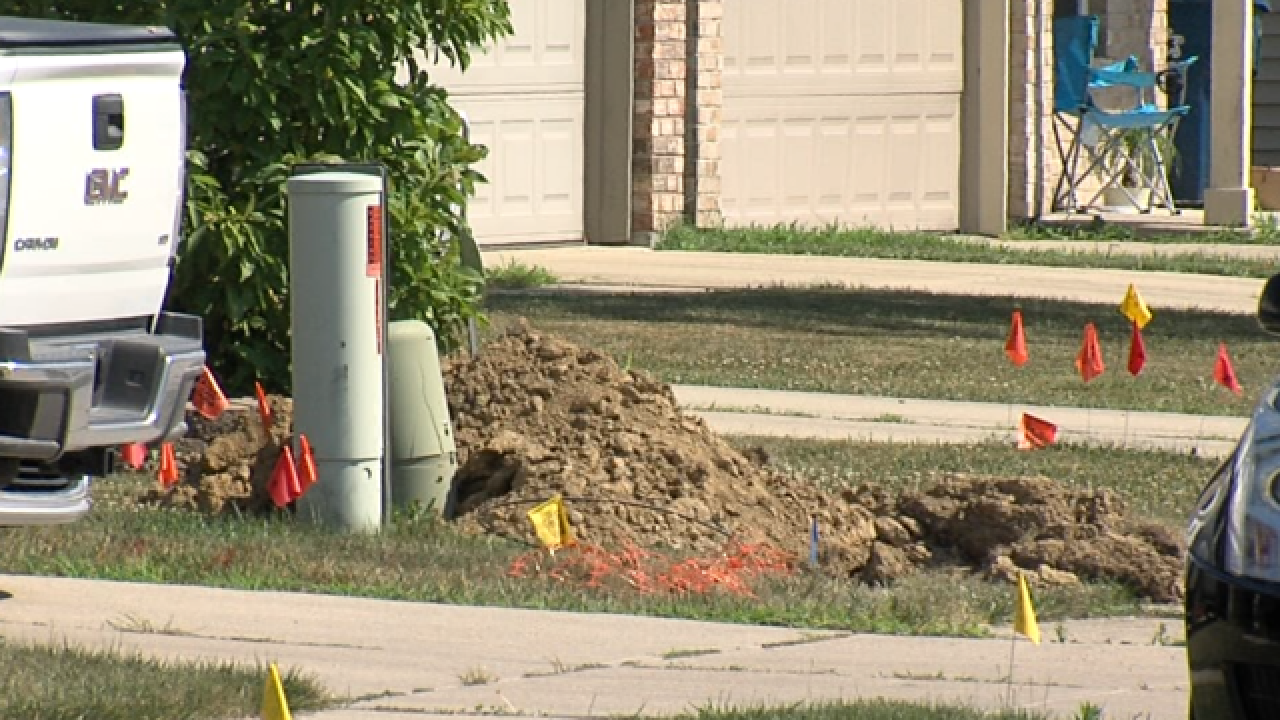 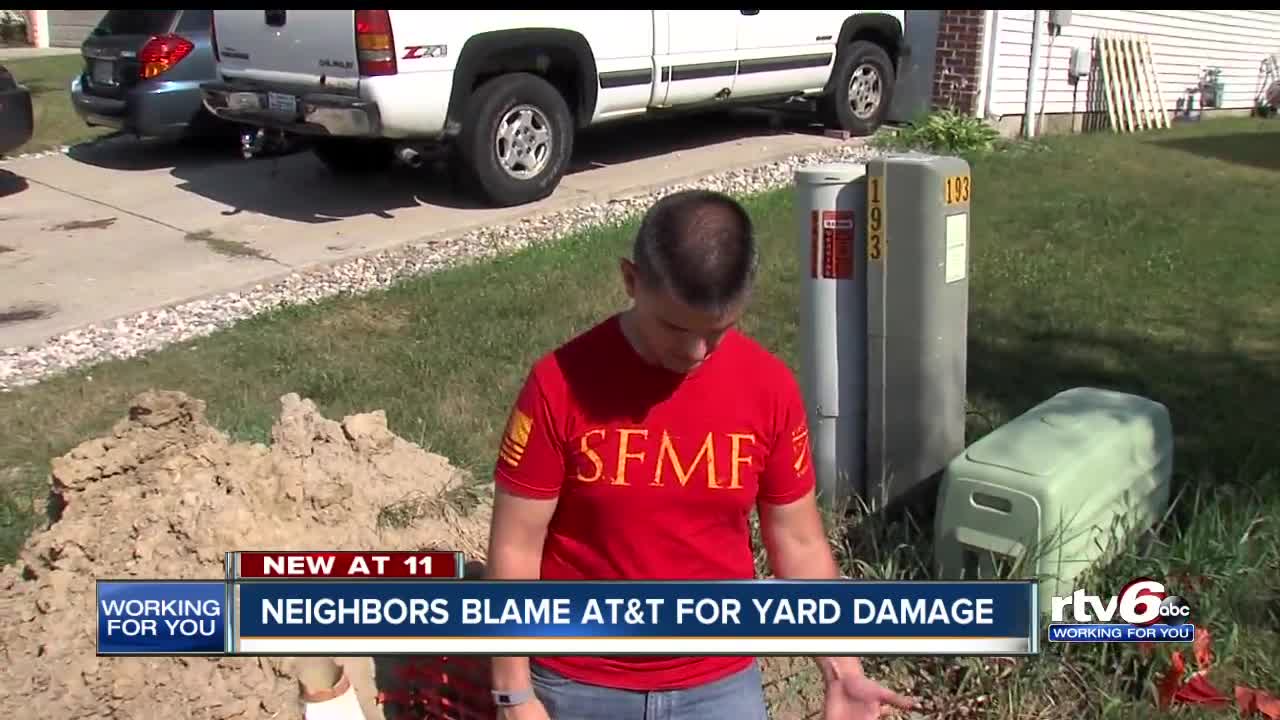 CAMBY— AT&T is responding to backlash from residents of the Heartland Crossing subdivision who say the company is creating safety hazards and destroying their neighborhood.

AT&T contractors have been working to install fiber-optic cable in the subdivision. Residents say they have been experiencing disturbances such as ruptured gas lines, driveways blocked by trucks, and large holes in the ground, and they have been taking to Facebook to complain.

Ben Burrows is one of many residents losing patience with the contractors after more than a month of digging. Burrows says he received a card in the mail from AT&T informing him of the work, but says the card did include beginning and end dates.

Other neighbors say they did not receive any notification from the company.

Residents say they've called AT&T to complain, but have not received any answers.

RTV6 reached out to AT&T for an explanation and received the following statement:

As we work to upgrade our network in the Indianapolis area, our goal is to minimize the effects on residents as much as possible.
We have installed fiber services to more than 150,000 homes and business in the past 4 years.
While completing this project we have worked with our contractors and those affected to repair any construction issues as quickly as possible.

Daniel Hendry, another concerned resident, says some neighbors are taking their own precautions. "Our neighbor over here had to go and get their own caution tape so that the kids wouldn't go into the hole that was in front of their house," Hendry said.

RTV6 has asked AT&T for a timeline for the project to be complete, but has not yet received an answer.