A Greenfield granite company WRTV Investigates has been reporting on is now the target of station legal action. 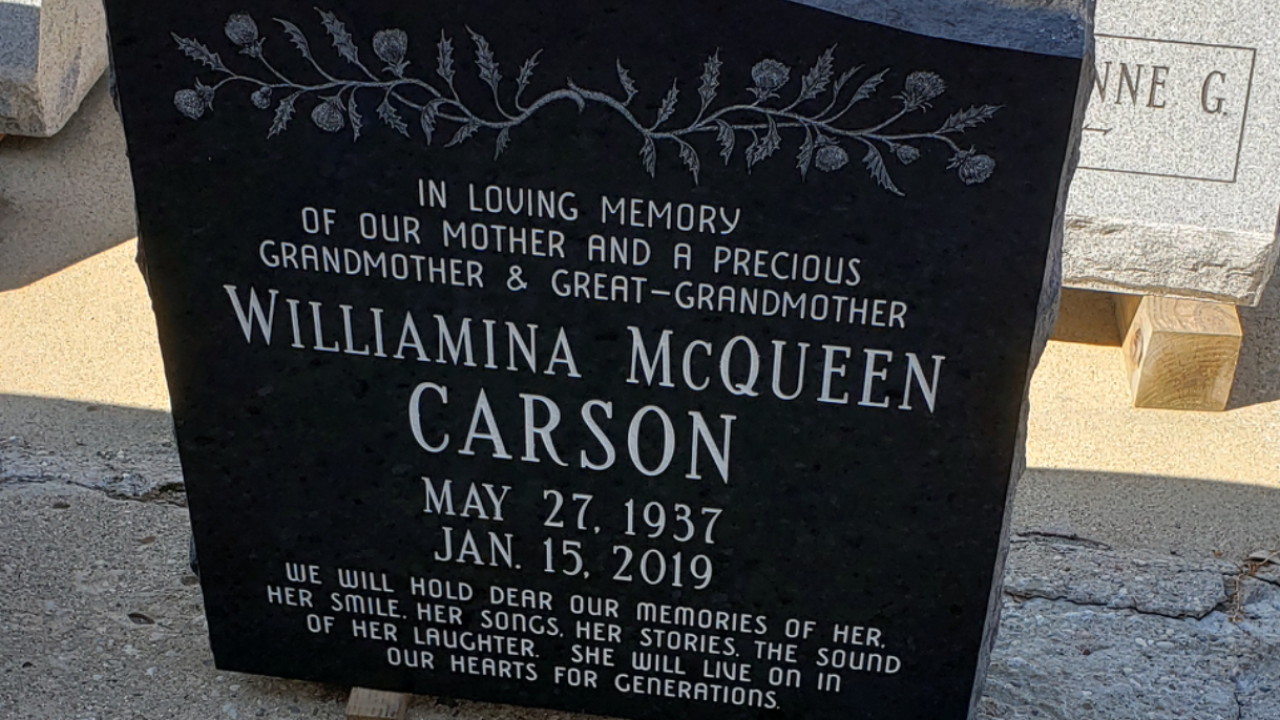 HANCOCK COUNTY — The Indiana Attorney General’s office has filed a lawsuit against a Greenfield monument business following reports from WRTV Investigates about the company’s business practices.

The Indiana Attorney General’s office filed suit Friday against Greenfield Granite, which is accused of taking money from consumers and not providing the gravestones they ordered.

The state also requested a preliminary injunction and temporary restraining order aimed at preventing the company from removing, selling or transferring assets until the legal process plays out.

Customer Sheila Carson told WRTV Investigates Monday that her mother’s finished headstone was removed from inside Greenfield Granite and placed outside.

“I’m worried about what they will do with it,” said Carson. “I just want my mother’s headstone back.”

A judge granted the temporary restraining order Monday, meaning Greenfield Granite and its staff can not remove or dispose of any property on the premises until a hearing can be held on the state’s motion.

“A temporary restraining order is filed to ask the court to say hey, let’s put everything on pause and require the individuals associated with the company to not do anything, not to distribute assets, write checks, not to do anything along those lines, to allow the court to do a deeper dive into what’s going on,” said Scott Barnhart, Director of Consumer Protection at the Indiana Attorney General’s office.

Barnhart said they filed a lawsuit quickly in an effort to help grieving families impacted by Greenfield Granite.

“There are a lot of consumers in Hancock county and Greenfield that have reached out because they’ve been harmed by this company,” said Barnhart. “Those allegations we take very seriously at the Consumer Protection division. We want to make sure that if we need to, we can move very quickly.”

The Attorney General’s office is asking a court for nearly $20,000 in restitution for customers who paid for headstones but never got their stones or a refund.

“Our complaint alleges this company deceived consumers and proceeded in an unfair, abusive or fraudulent way,” said Barnhart.

As of Sept. 15, 2020, the Greenfield Police Department has received 70 complaints that Greenfield Granite failed to properly fulfill orders.

“Recently, officers have observed individuals at the business turning away customers while workers appear to be removing items from the business,” the Attorney General’s office said in a statement.

In its lawsuit, the Attorney General’s office outlined complaints from at least 18 customers, including several who had been interviewed by WRTV Investigates in August — Mary Collins, Melissa Rieskamp and Sheila Carson — and who were awaiting headstones or refunds from the company.

Some of the customers received headstones, but they were not done correctly, records show.

“We have laws in place to protect Hoosiers when businesses abandon their obligations to customers,” Attorney General Hill said. “In this case, we want to ensure that any consumers harmed by this company’s business practices receive refunds or, if they prefer, have their orders fulfilled if products remain available.”

“No one with an ounce of compassion wants to hear about a business taking advantage of grieving customers trying to achieve closure after losing loved ones,” he said.

WRTV Investigates is working to get a response from Greenfield Granite.

On Sept. 8, Greenfield Granite owner Amie Strohl, died by suicide hours before she was scheduled to appear in court to face allegations in a civil lawsuit against her.

At the time of Strohl’s death, Greenfield Police had been conducting a criminal investigation into Greenfield Granite after receiving numerous complaints from consumers about paying for headstones and not receiving the product or a refund.

"It's concerning that these allegations involve very sensitive issues,” said Scott Barnhart, Chief Counsel and Director of Consumer Protection at the Indiana Attorney General’s office. “We're talking about the death of a loved one at a time when you're grieving, and you don't necessarily want to deal with a business that's not doing what they're supposed to do.”

Mary Collins filed a complaint with the Attorney General’s office in July after Greenfield Granite failed to provide an $1800 refund for her husband’s memorial bench that was never finished.

We first introduced you to Collins and other grieving families last month who were waiting on headstones or refunds from Greenfield Granite.

She’s still hoping for some resolution for herself and other grieving families.

Consumers who have complaints regarding Greenfield Granite should file a consumer complaint online at https://www.in.gov/attorneygeneral/ [lnks.gd] or call the Consumer Protection Hotline at 1-800-382-5516.

Tips for the Indiana Attorney General’s Office on dealing with a business: