Battle over lawmaker emails rages on in Indiana 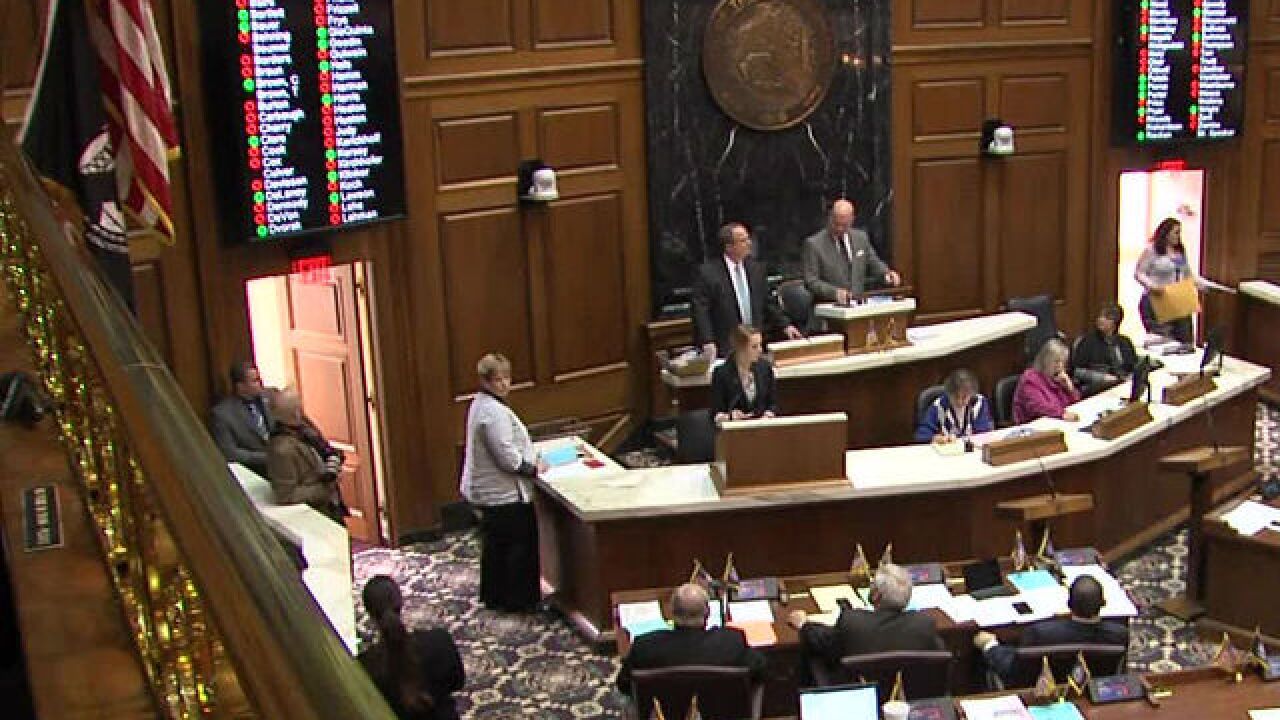 INDIANAPOLIS -- The battle over access to lawmaker emails and records continues to rage on at the Indiana Supreme Court.

Attorneys for the Energy and Policy Institute, Citizens Action Coalition and Common Cause Indiana filed a brief Monday in the Indiana Supreme Court arguing the Indiana House Republican Caucus and Rep. Eric Koch (R-Bedford) are subject to the Access to Public Records Act.

The brief cited a recent decision by the United States Supreme Court, “which found that the benefits of transparency embodied in state public records laws trumps any countervailing privacy considerations.”

The controversy stems from public records requests submitted by the Energy and Policy Institute out of Washington for emails, documents and other correspondence between Rep. Eric Koch and various groups.

The House has said the public records laws do not apply to them.

William Groth, Indianapolis attorney for Common Cause and other groups, told Call 6 Investigates the implications for the case are “stunning,” especially if the Supreme Court decides the case can’t be considered or decided by a court.

“It would effectively remove the General Assembly and all its members from having to respond to requests from the media or members of the public for what APRA defines as public documents, meaning state legislators could operate secretly and non-transparently,” said Groth.  “(Such a ruling would) usher in an era of legislative branch supremacy, which has dangerous implications for the future of the structural checks and balances we rely on to keep the humans who comprise each branch honest as well as responsive to the will of the people, particularly in light of the fact that due to gerrymandering the role of the minority party has been reduced to the point of near irrelevance and thus there are no longer any political checks on abuses by those holding political power.”

Geoffrey Slaughter declined to comment to RTV6 on the February 1 Supreme Court filing.

“I’m afraid I have no thoughts to share about a brief I’m just now seeing and haven’t yet read,” said Slaughter.

Slaughter argued in a January 13 Supreme Court brief that the House and Koch are not a “public agency” and legislator emails with constituents and staff are “an integral part of their constitutional authority to enact laws.”

Common Cause, the Citizens Action Coalition and the Energy and Policy Institute originally filed a lawsuit last year against the Indiana House Republican Caucus and Rep. Eric Koch (R-Bedford) alleging they violated the Indiana Access to Public Records Act by not providing  access to lawmaker emails.

A judge dismissed the lawsuit.

Last year, Common Cause Indiana and other groups filed an appeal and asked the Supreme Court to assume emergency jurisdiction over the case, thus bypassing the Court of Appeals.

Groth expects the court to schedule oral arguments in the near future.