Call 6: Carmel homeowner out $45K after HOA sues over wine truck in driveway 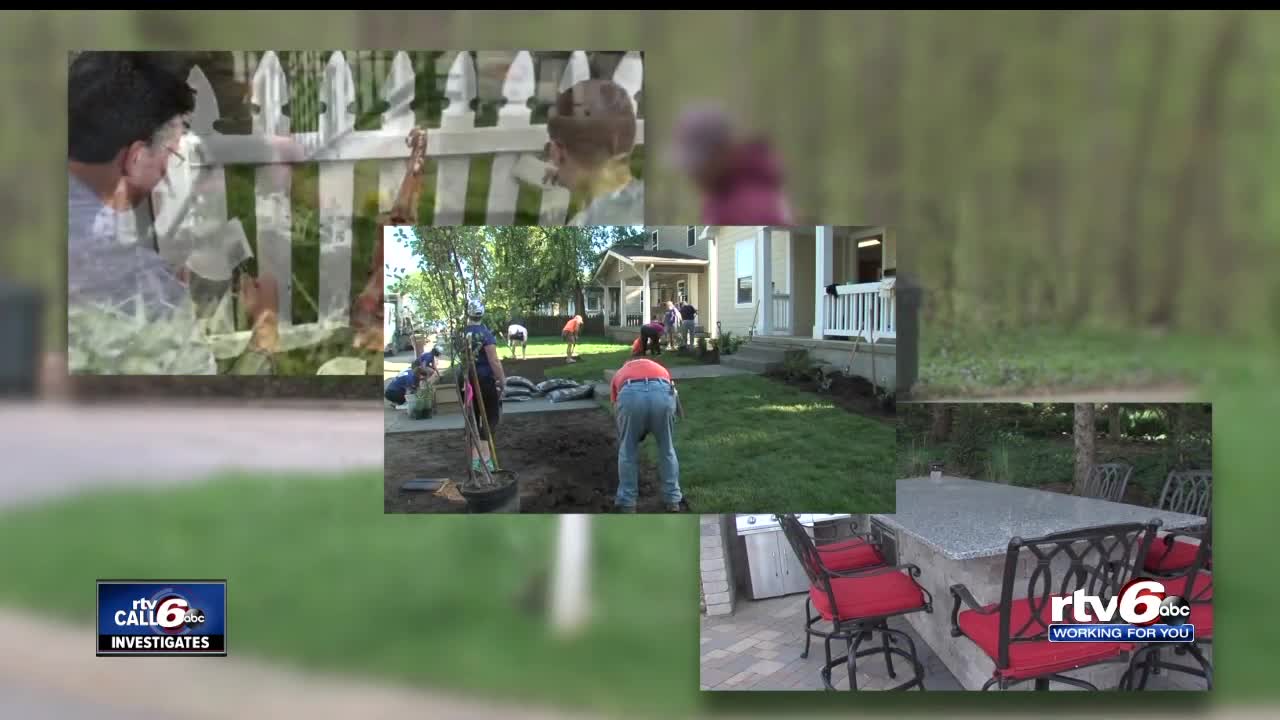 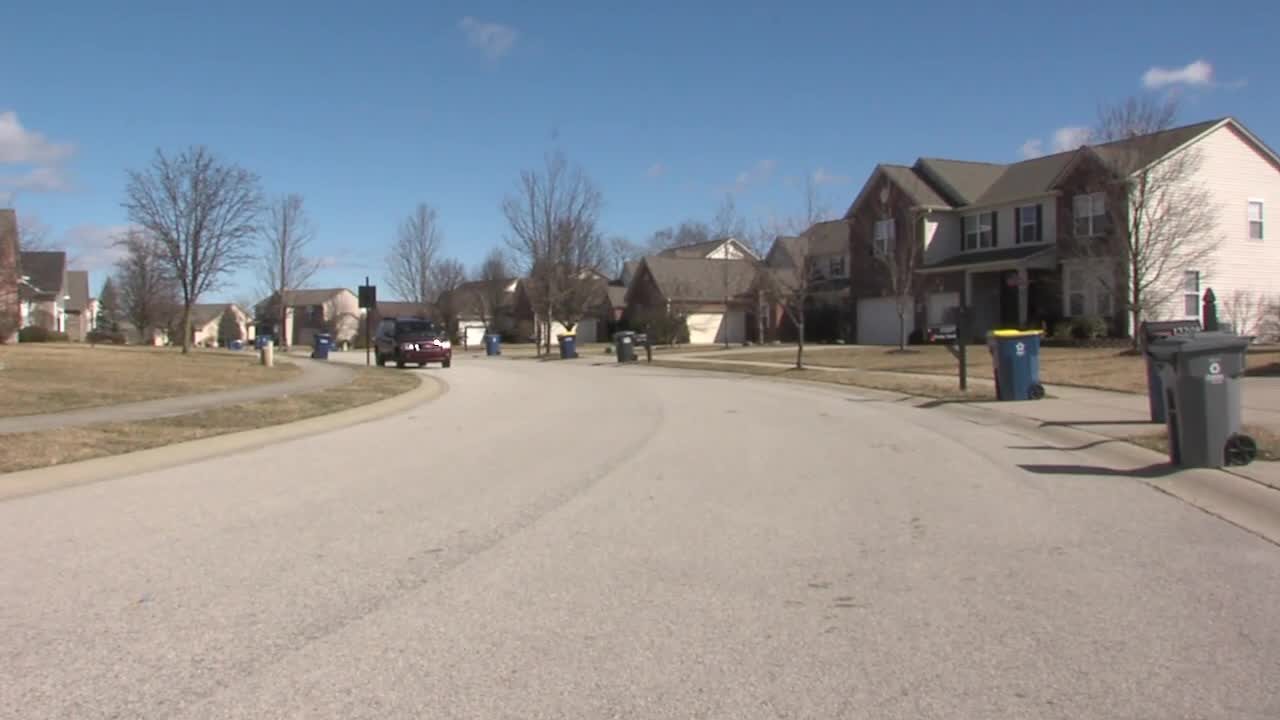 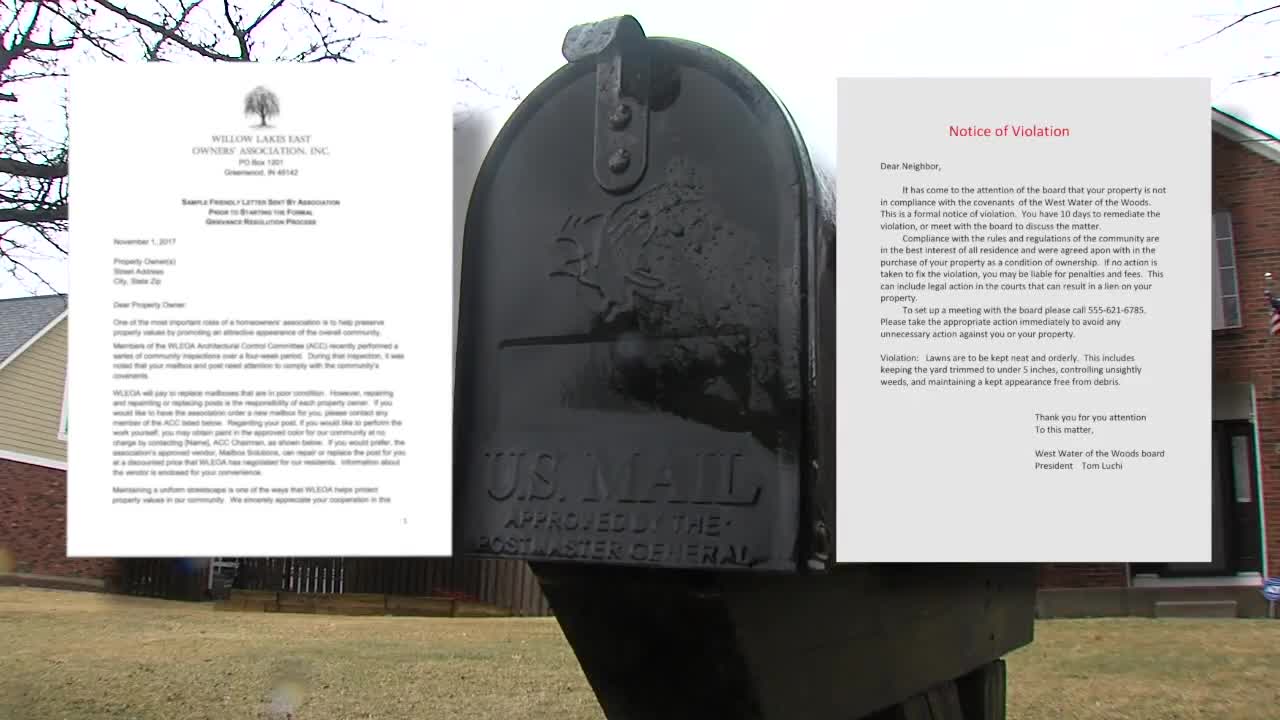 CARMEL, Ind.— Spring is here and for many homeowners, that means a fresh coat of paint, new landscaping, or even a new deck or patio.

But before you make improvements to your property, you might want to check your homeowner’s association.

When you live in a neighborhood with a community association, you agree to abide by their rules — they’re called covenants and bylaws — which outline what you can and can’t do with your property.

An estimated 970,000 people in Indiana live 4,800 community association, paying $1.3 billion a year to maintain those neighborhoods, according to the Community Associations Institute.

Carmel homeowner Jenn Kampmeier is now out $45,000 after she was sued by her homeowner’s association also known as an HOA.

“We serve beer and wine,” said Kampmeier. “We do every single type of event possible whether it’s a birthday party or tailgating or a wedding.”

Kampmeier lives in the Lakes at Hayden Run in Carmel, a neighborhood with a homeowner’s association.

She said she used the wine truck to move some of her family’s belongings.

“We get a notice of violation the next week that we needed to remove the wine truck, so we did, we removed it,” said Kampmeier.

The HOA filed a lawsuit against Kampmeier in May 2017 saying she violated the covenants by having an oversize truck with advertising on it parked on her property, and it alleged she ran a business from her home.

Kampmeier said she was not running her mobile wine business out of her home.

“I do not have the offices here at the house, we have another location in Westfield,” said Kampmeier.

Kampmeier said over a 2.5 year period, she parked her wine truck on her property about 10 times.

“It wasn’t like my wine truck was parked in my driveway 365 days a year, 24/7,” said Kampmeier. “That’s not what it was about whatsoever. It was just a few times, and that was it.”

In its lawsuit, the Lakes at Hayden Run said Kampmeier had been warned repeatedly about parking the wine truck on her property and used pictures as evidence.

Kampmeier said she tried to settle the matter of court to no avail.

“It’s been a rocky road, it’s affected my marriage and our financial situation,” said Kampmeier. “Somebody obviously had it out to get us.”

Thousands of lawsuits filed against homeowners

Community associations enforce the covenants and collect dues from homeowners to cover the costs of common area maintenance, insurance, landscaping, as well as savings for future needs.

Lawsuits are perhaps the most extreme way homeowner’s associations can administer the covenants and collect dues.

Community associations have filed more than 3,645 lawsuits against central Indiana homeowners in the last year and a half, according to data submitted to the Indiana General Assembly.

Records show most lawsuits are filed by a handful of law firms including Thrasher Buschmann & Voelkel.

The Indianapolis law firm represents about 500 HOAs and nearly 15,000 homes in central Indiana.

Attorney Steve Buschmann filed the lawsuit against Jenn Kampmeier regarding her wine truck.

Buschmann declined to talk about specific cases, but he talked to RTV6 at length about why they file lawsuits.

“For those homeowners that simply don’t comply with the covenants, that’s the only method left,” said Buschmann. “Covenants say no mini barns, and some guy just goes and builds a mini barn in his backyard. Lawsuits are a last resort.”

Buschmann emphasizes when you move into a neighborhood, you’re agreeing to abide by the homeowner’s association’s covenants.

“The covenants are a contract among all the homeowners,” said Buschmann.

By law, a homeowner should receive several violation letters and get an opportunity to fix the problem.

After that, a homeowner can go through mediation or arbitration.

“If they don’t do that, then the association is authorized to file suit,” said Buschmann.

You can also lose your house as a result of a spat with your homeowner’s association.

For example, community associations can file a lien on your property for unpaid dues and foreclose on the lien.

Buschmann said HOAs do not want to take your house.

“What HOAs want is to have the dues paid,” said Buschmann. “That creates a burden on everybody else when one person decides I'm not going to pay."

Many of the complaints RTV6 hears about homeowner’s associations is that they pick on certain people and send letters without talking to people face to face.

Call 6 Investigates spoke with Don March, Vice President of the Willow Lakes East Homeowner’s Association in Greenwood to get his perspective on serving on an HOA board.

“First of all, we’re all volunteers,” said March. “There’s no compensation for any of us and want to make sure the community retains its value. I feel like I’m helping the community.”

Homes in community associations are generally valued at 5-6% more than other homes, according to the Community Associations Institute.

March walks the neighborhood to look for violations, such as unruly yards or trash cans left out.

"We try not to pick on individuals,” said March. “We try to look at the whole community in total and speak to all the people who have issues in those areas."

March said board members speak with people face to face, and also send what they call a “friendly letter” before they send a notice of violation.

“That’s the best approach to take, the friendly approach,” said March. “I think it works.”

In his two years on the board, Willow Lakes East has not had to file any lawsuits against its homeowners.

“Lawsuits are expensive for the HOA and the individual, so we would absolutely like to avoid that at all costs,” said March.

Serving on a homeowner’s association board is often a thankless job.

Board members are often accused of selective enforcement—picking on certain homeowners while ignoring others.

If you received a violation letter, chances are your neighbors did as well, Buschmann said.

“I think the biggest misconception is that board members have egos and are power hungry, but that’s the minority,” said March. “We’re going to protect your property values, and that’s our primary role.”

March said most homeowners didn’t even realize they violated the covenants.

“If you simply explain to them the covenants, they’ll get it and they comply,” said March.

She wishes she could move out of the Lakes at Hayden Run.

“I’ve lost $45,000 and I can’t afford a down payment on anything else right now or else I’d be out of here,” said Kampmeier.

Kampmeier wishes the board had talked to her about the wine truck, rather than file a lawsuit.

“There was no live conversation ever,” said Kampmeier.

Call 6 Investigates reached out to the Lakes at Hayden Run Homeowners Association.

“The Homeowners Association considers this matter closed and will have no further comment,” said Laplante.

Jenn Kampmeier started a group called “Homeowners for HOA Improvement” to support homeowners in disputes with their HOAs and to push for HOA reform.

“I’ve come to the reality that if you live in an HOA, you have to abide by their covenants,” said Kampmeier. “They will take over your life and make you do what you don’t want to do.”

To avoid an HOA nightmare