INDIANAPOLIS -- Indiana is one of the least affordable states in the country for child care, according to a newly-released report from Child Care Aware of America.

Indiana ranks as the fourth least affordable state in terms of toddler child care at a center, which costs an average of $10,885 a year.

For a single parent making the state median income of $26,347, that parent would spend nearly half of their income on child care for their toddler.

Currently, it costs more to send your child to a licensed center than it does to pay for their college public tuition, which costs $9,119 a year, according to the study.

“The cost of full-time center-based care for two children is the highest largest single category of household expense in the Northeast and Midwest, and is a very close second to housing in the South,” read the study. “In the West, the cost of child care for two children is surpassed only by the high cost of housing. In every region in the U.S., the cost of housing and the cost of child care far outweigh other major household expenses. And that expense continues to increase.” 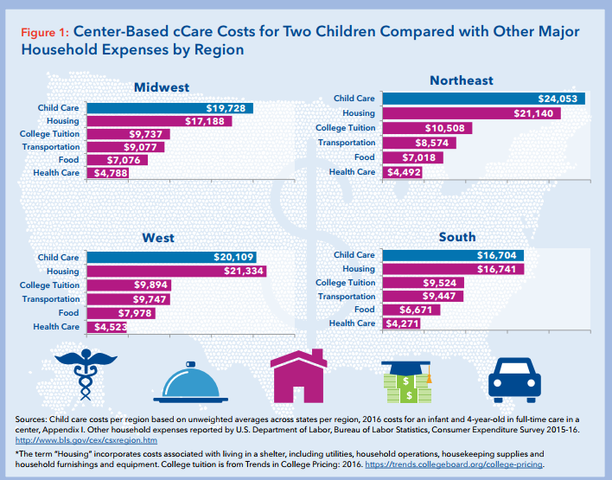 Indiana is also the eighth least affordable state for part-time care for school age children, which costs $1,265 for three months of care, according to the study. 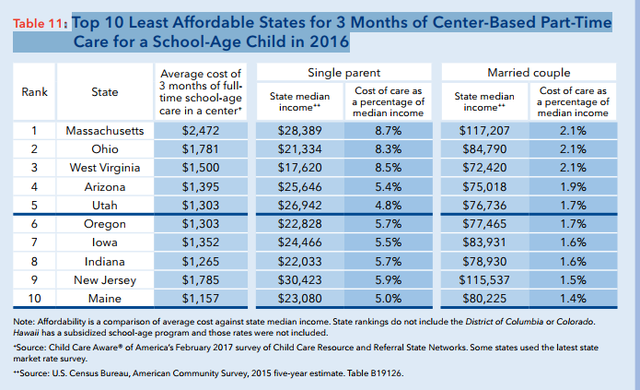 Call 6 Investigates has reported that the cost of child care is becoming an increasing burden on Indiana families.

The annual cost of infant care at a center is now $11,949, according to the study, ranking Indiana as the ninth least affordable state.

Many child care facilities, like Loving Hearts Learning Place on Indy’s south side, use grants, fundraising, and volunteers to try to keep fees affordable for parents.

Call 6 Investigates sent the study to state lawmakers Tuesday and asked if they plan to take steps to address the affordability of child care in Indiana.

RELATED | What to consider when looking for child care