A Call 6 Investigation into fire safety at day cares found providers across the state violating fire code, including serious concerns such as blocked exits, nonworking smoke detectors and broken emergency and exit lights.

A Call 6 Investigation into fire safety at day cares found providers across the state violating fire code, including serious concerns such as blocked exits, nonworking smoke detectors and broken emergency and exit lights.

The death of Emma Lloyd, 17 months, highlighted the importance of fire safety inside day cares.

Emma died in a fire at Waterman’s day care in Sullivan, in southern Indiana, in March.

She was found inside a playpen and was the only child that did not make it out.

"I feel like I let her down, that dad wasn’t there," said George Lloyd, Emma’s father, in an exclusive interview with Call6 Investigator Kara Kenney. "You want to be there. You want to protect your child."

Like thousands of parents who drop off their children at day care, Lloyd never thought a great deal about fire safety.

"You're trusting that kind of thing to the experts," said Lloyd. "It's something parents need to check into.  We need to reduce all possible chances of this happening." 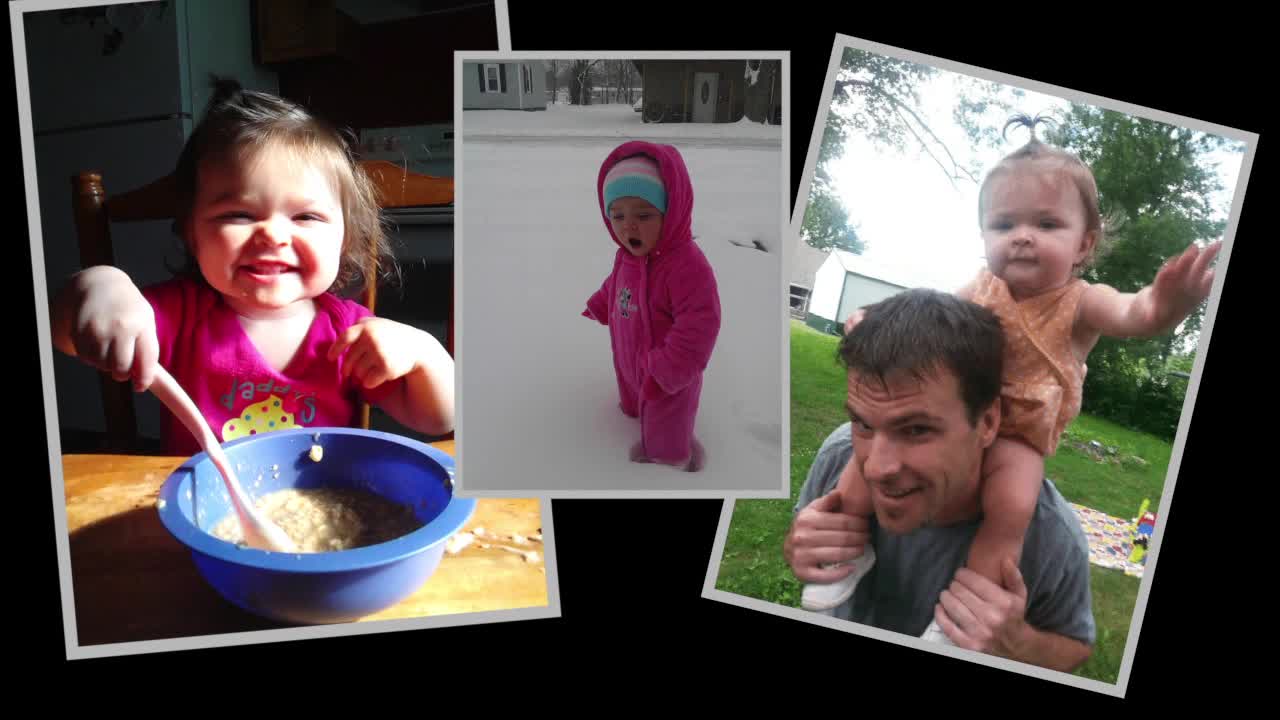 Emma’s death and her father’s call for increased vigilance prompted the Call 6 Investigators to find out more about fire safety at day cares across the state, as well as the inspection process.

In Indiana, day cares receive a fire inspection at least once a year.

Kenney did some checking and found FSSA inspected Waterman’s several months before the fire, on Nov. 7, 2013, but did not find any fire safety issues.

According to a case report from the State Fire Marshal, the baseboard heater may have caught the couch on fire.

"It was determined that the fire originated on or near a couch on the north side of the building near the TV," read the State Fire Marshal’s report.

When Kenney stopped by Waterman’s in April, the day care had been demolished and the day care owners did not want to talk about the fire.

"You guys don't need to be here," said a woman who identified herself as part of the Waterman family.

Indiana has more than 4,000 day cares, including about 600 child care centers, 640 registered ministries, and more than 2,800 licensed homes.

After Emma's death, Kenney made a public records request for a year's worth of violations inside Indiana day cares. 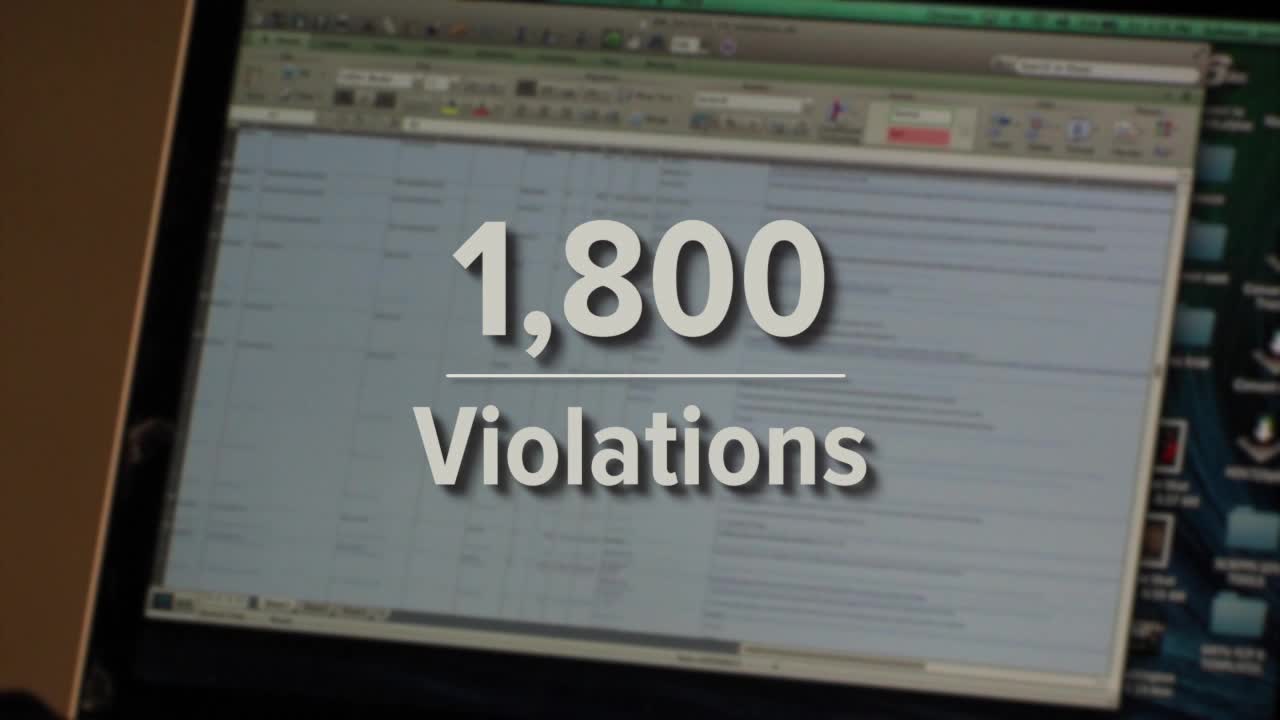 Kenney dug through the records and found more than 1,800 fire safety violations over a little more than the past year at licensed centers, registered ministries (statewide) and licensed homes (link includes data from Marion, Hamilton, Boone, Shelby, Johnson, Morgan, Hancock and Hendricks counties.)

The violations include issues found during annual inspections, as well as initial inspections when a day care is planning to open for the first time.

"The most important thing is getting kids out of the building," said State Fire Marshal Jim Greeson. "There is a reason for fire code and keeping pathways clear."

Kenney found violations that can make it difficult for children to get out safely, including blocked exits, exit signs and emergency lights not working and fire drills not being documented monthly.

Melanie Brizzi, administrator for FSSA's Bureau of Child Care, said time to evacuate is limited during a fire.

FSSA, along with Kelley's Exclusive Child Care, allowed RTV6 inside during an inspection.

"The most important thing -- get the children out," said Brizzi. "It's an emergency situation. You shouldn't have to move anything out of the way. It should be a clear shot to the door."

"Oh, I don't want to be on the news or nothing," said Wickliffe when Kenney stopped by to ask about the violation. "I'm really busy. I guess you all got to give me a few minutes."

Wickliffe told the crew she would be back in 15 minutes, but declined to speak on camera when she returned.

"I'm not willing to talk about it," said Reese when asked about it on camera.

In a phone conversation, Reese said a playpen had been placed in front of a door, blocking the exit, but she said the problem had been corrected. 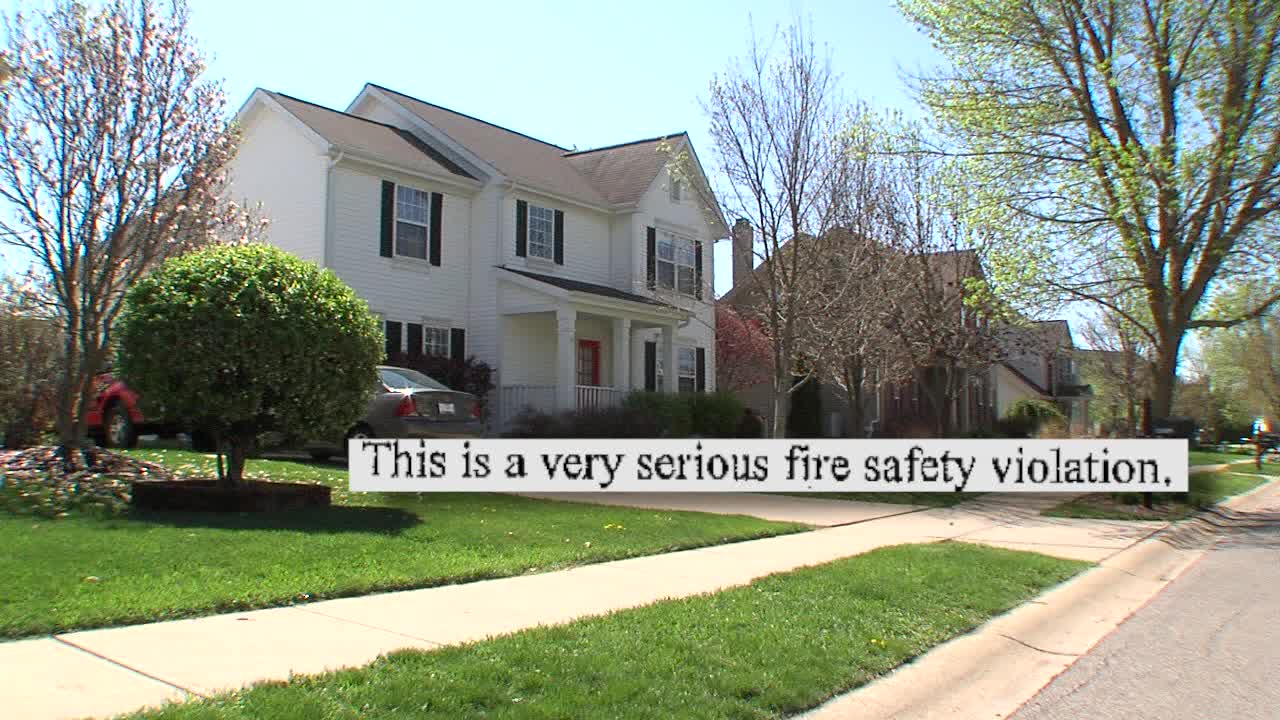 FSSA cited Super Sitters in Fishers in 2011 and again in February 2014 for a "very serious fire safety violation."

A licensing consultant found children in the basement with no way to get out.

"The only exit was the interior staircase and it was blocked by a stationary gate," read the FSSA report from March 2014. "The basement does not have an exit directly to the outside nor does each room have 2 means of escape."

"Children shall never be cared for in the basement," read the agreement.

Johnson acknowledged the issue when Kenney stopped by the Fishers day care to speak with him.

"The safety of the kids is what's most important," said Johnson. "We've got an understanding of why it's that way. We're abiding by the rules."

Johnson said children are no longer being allowed in the basement.

"Kids are the most important thing, so we're doing what they want us to do," said Johnson.

"When the previous director left, we lost our paperwork," said teacher Ebony Phillips. "We figured out what we were doing wrong and we changed it."

Director Jossietta Thomas was not there when Kenney stopped by, and owner Sherita Newbern did not return repeated requests for comment.

Smiley's/Kid Co has made headlines before for safety reasons.

The YMCA Apple Tree Child Care Center in Muncie was cited for blocking exit doors with a table, exit signs not illuminated and a loose outlet.

"Any items noted are taken care of immediately, as was the case with this inspection," said YMCA of Muncie CEO Cathy Clark, in an email to Kenney. "We also visually inspect daily and monthly checks and documents his inspection in regards to fire code: also correcting immediately anything he/we find."

When Kenney stopped by, Director Diana Badger would not come to the front desk for comment, but workers said the issues had been fixed.

The State Fire Marshal cited Huffer Memorial Children's Center in Muncie in March 2014 for blocking an exit with milk crates and various locations with storage too close to the ceiling.

When Kenney stopped by, the director declined to talk on camera, but records show the violations have since been fixed.

Discovery Cove, a registered ministry in Fishers, was cited in February for all extinguishers requiring service, exit signs not illuminated and emergency lights not working.

Pastor Charlie Fehrman told Kenney via email that Discovery Cove had been asked to leave the church.

The church now operates a new day care, Kidz Pointe Academy, and that ministry said they are in full compliance with fire safety regulations.

The state said it's crucial for child care providers to follow fire codes all the time, not just when violations are pointed out.

"It's an emergency, so you have to be prepared all the time," said Brizzi. "It can happen very quickly, any time you're with children."

FSSA cannot fine a provider for fire violations, but they do have the ability to revoke or deny a provider's license.

"If we do cite someone for a noncompliance, we will follow up to make sure it's been resolved," said Brizzi. "If a corrective action like probation doesn't work, we can take a negative action like license denial."

The State Fire Marshal’s Office pointed out that if it's an immediate safety issue, it makes the provider fix it on the spot.

Unlike FSSA, the State Fire Marshal has the ability to levy fines, although the agency has issued none since 2011.

"Our goal is for people to be safe," said Greeson. "We hear, 'Oh, we don't think we'll have a fire here,' or 'Gosh, we really just forgot.' We try to work with everyone to give them time to correct their violation, and they have an appeal process."

Typically, the State Fire Marshal will continue inspecting every 30 days until the violations are corrected.

The State Fire Marshal's Office, along with the Day Nursery Indiana State Government Center, allowed RTV6 cameras to follow an inspection in progress on April 23.

"It's an important safety issue," said Megan McKinney Cooper, director of development and marketing for the Day Nursery. "We want to make sure we're doing everything possible to have the highest level of safety policies and processes in place so that we know our kids are always protected, no matter what happens."

Day Nursery Indiana State Government Center had previously been cited for sprinkler heads missing covers, but at the April 23 inspection, the State Fire Marshal found the problem had been fixed.

McKinney Cooper said it took a few months for the facilities personnel to get to the repair, likely because it was minor and not actually dangerous.

"Our business is taking care of and educating children," said McKinney Cooper. "Their safety is the single most important part of what we do every single day. We're really careful about training our staff on all of the minutia and details that have to be followed."

The state has no data on the number of day care fires, but they do happen.

Hugs and Love, a day care on North Arlington Avenue, caught fire in March. No children were injured.

In 2011, two-dozen children were evacuated from Regina's Child Care Ministry on East Washington Street after a fire.

George Lloyd wants day cares to pay close attention to fire safety and for parents to make it top of mind.

"These are people's babies, somebody's life," said Lloyd. "No one should have to lose a child."

What Parents Can Do

FSSA and the State Fire Marshal both said parents should talk to their providers and ask to see fire drill logs, evacuation and safety plans, as well as when their smoke alarms and fire extinguishers were last checked.

"Those conversations between parent and provider are critically important," said Brizzi.

Parents can find fire safety violations for home day cares on Carefinder, however, the site does not currently include fire violations for licensed centers and registered ministries.

“Any citizen can request inspection documents on daycare reports through IDHS. To request, they can simply email pio@dhs.in.gov,” said Indiana Department of Homeland Security spokesperson John Erickson said in an email to Kenney.