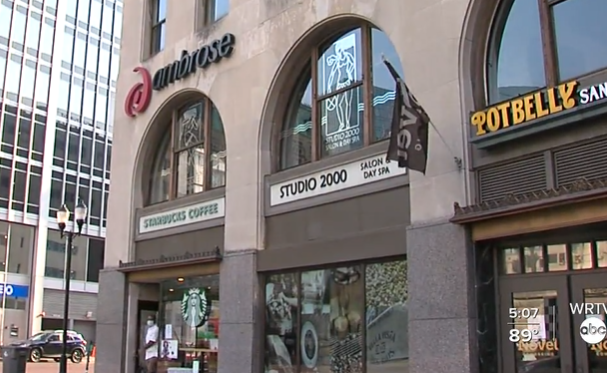 A downtown Indianapolis salon and spa which closed its doors recently says it will make good on gift cards it sold.

INDIANAPOLIS — A downtown spa that suddenly closed after 30 years on Monument Circle is working on making things right with people who still have unused gift cards, according to a newly released statement.

Harley Means, attorney for Studio 2000 Salon & Day Spa, told WRTV on Wednesday that the company is working hard to develop a comprehensive and equitable plan that deals with its creditors, and especially with those who are gift cardholders.

“Studio 2000 will keep all creditors and gift card holders informed as to its progress on resolution. Again, let me emphasize that Studio 2000 is working diligently to resolve these issues,” said Means in an email to WRTV. “The owners of Studio 2000, Inc. are not granting interviews since gathering a comprehensive list of creditors and sale of all the assets takes time. The owners of Studio 2000, Inc. have been working full time on this since the closing.”

Means response comes after WRTV Investigates raised concerns about consumers who still have hundreds of dollars in gift cards still left to spend at Studio 2000.

The attorney said Studio 2000, Inc.’s priority has been to help their 20 employees find new jobs in similar spa or salon environments.

Some of the salon’s former workers will honor gift cards from Studio 2000 at their new place of employment.

“Employees were provided lists of customers and were released from all non-compete agreements,” Means said. “In the past two weeks this has been extraordinarily successful. These employees may, to the extent they are willing and able to do so, provide future services to their many longstanding customers and accept Studio 2000, Inc. gift certificates.”

Customers say they didn't learn about the closing until after the fact, and some have gift cards left to spend.

Lena Wesco has a $200 gift certificate to Studio 2000 Salon and Day Spa that she can’t use.

"My husband got it before COVID, in February, for Valentine’s Day,” Wesco said. “I figured I had time because they have been open forever."

WRTV Investigates has also heard from several customers with outstanding gift cards, including one man that had $600 still left to spend at the downtown salon and spa.

Many salons and spas have offered to help since the closure, said Means, and they are taking other measures to make things right with customers.

“Studio 2000, Inc. is in the process of liquidating its remaining assets which includes furniture, products and fixtures Studio 2000, Inc. anticipates providing a distribution to creditors, including those who have purchased gift cards, in accordance with Indiana law,” Means said.