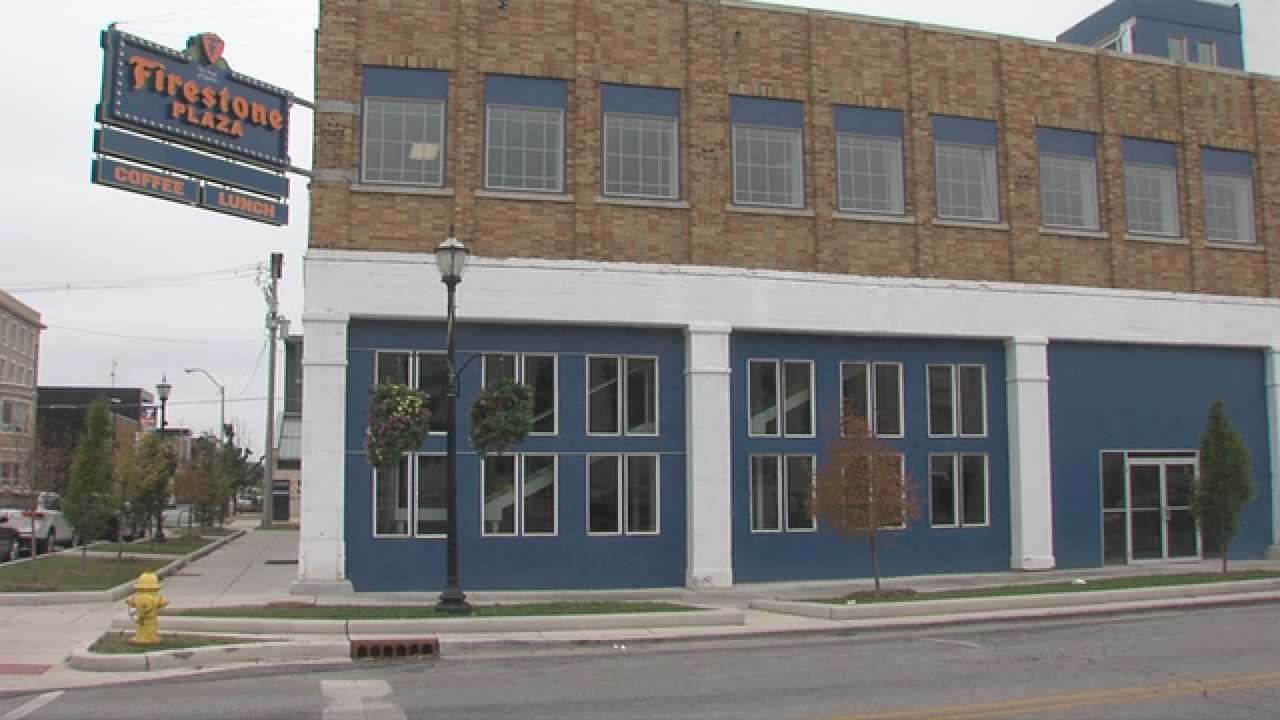 KOKOMO, Ind. – A once-touted downtown Kokomo building project is now up for sale and its one remaining tenant is moving out.

In 2014, then-Governor Mike Pence and mayors from Kokomo and Carmel gathered in front of Firestone Plaza to tout the expansion of California tech company Systems in Motion, now known as Nexient.

But the project never fully came to fruition.

Nexient moved out of the Firestone Plaza in 2016, citing “maintenance and safety issues,” and relocated to North Washington Street in Kokomo.

The gallery was not receiving enough foot traffic at the nearly empty Firestone Plaza, according to Jan Halperin, vice chancellor for the Office for University Advancement.

Joey Kimbrough, an investor of the Firestone Plaza, said he and other investors put in hundreds of thousands of dollars into the Firestone project but have not seen a dollar in return.

Kimbrough said it makes sense to place the building up for sale.

“I think it’s a good opportunity for someone to develop it and it could be a big win for someone in the community,” said Kimbrough.

Call 6 Investigates has raised questions about the Firestone project’s developer, Jeff Broughton, including that in 2014 Broughton settled charges with the Federal Trade Commission and is banned from providing mortgage loan modification and foreclosure relief services.

Kimbrough said none of the investors have experience in commercial development.

“It worked for us on the onset to be silent investors, but becoming commercial developers is way outside of our skill set with our several other business interests,” said Kimbrough. “It just doesn’t make sense for us now.”

As Call 6 Investigates reported last year, investors stepped in to save the building from the county’s tax sale after Broughton had not paid taxes on the building in more than two years.

Call 6 Investigates reached out to Broughton’s attorney for comment Monday and we are waiting to hear back.

Job creation in Kokomo and Carmel was the hot topic of the 2014 news conference, and a state news release announced the tech company would create “up to 400 new high-wage jobs by 2017” and lease “up to 25,000 additional square feet of office space in the Firestone Building in downtown Kokomo.”

Nexient was unable to tell Call 6 Investigates how many jobs they’ve created since the 2014 announcement.

“I apologize that I don’t have exact figures for you, but it’s not a massive number,” said Cristin Balog, Chief Marketing Officer for Nexient. “I can see that we are currently recruiting for an open position in Kokomo on our website now.”

When Call 6 Investigates stopped by the Firestone building in the fall, we found missing glass, the elevator not working, construction debris and vacant offices.

Broughton has not received any city tax dollars for any of his projects including Firestone, according to deputy mayor David Tharp.