Board terminated Stacey and Nathan Begle 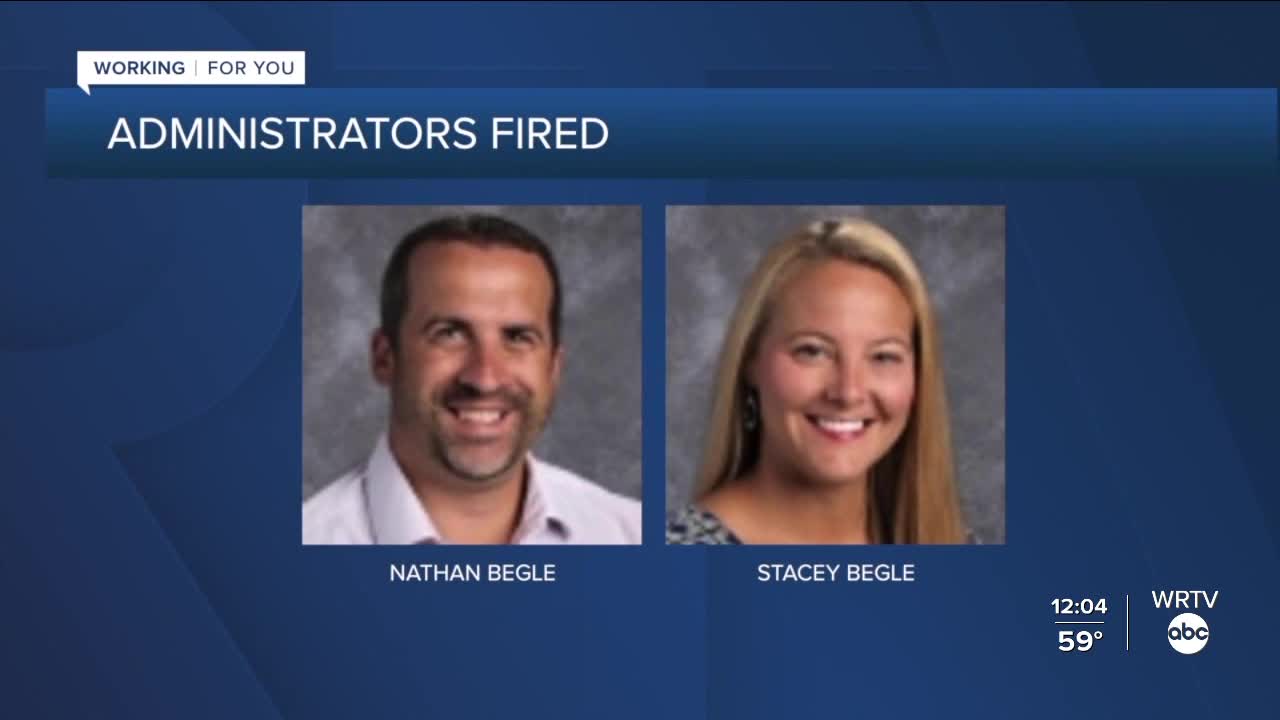 Two former Tri-West High School administrators are firing back after they were fired this week. 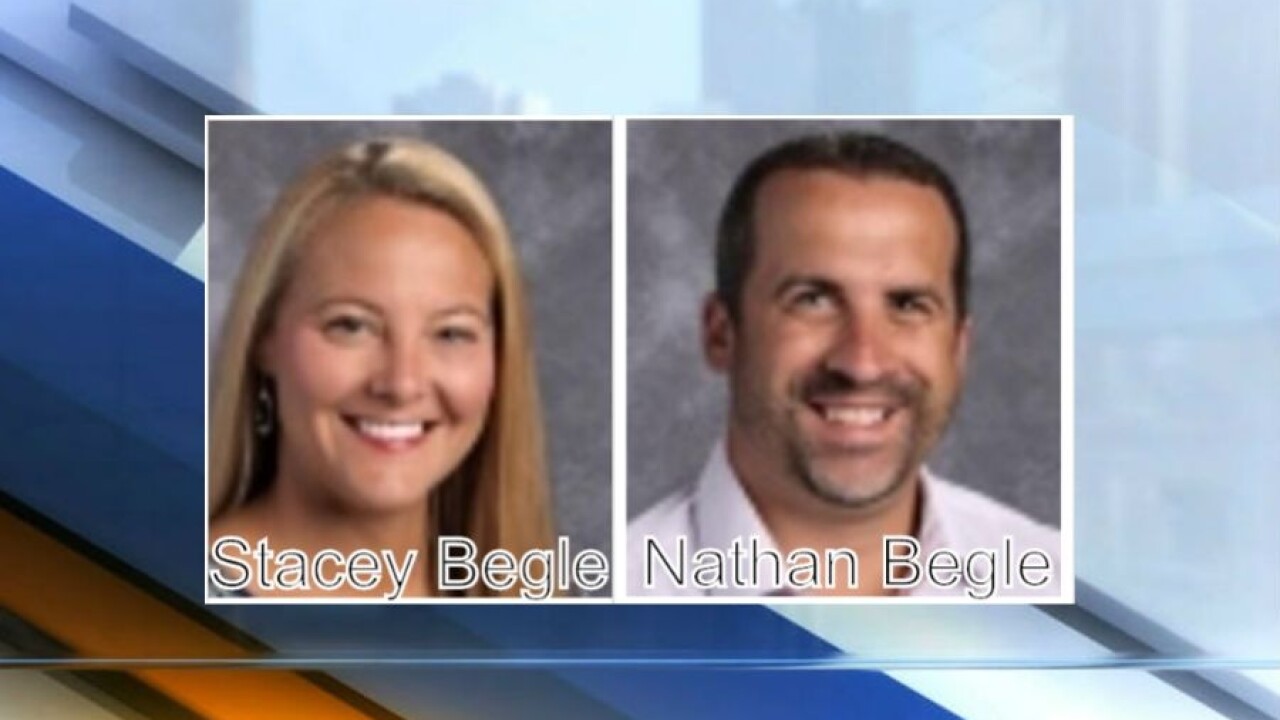 HENDRICKS COUNTY — In a newly released statement, two high school administrators terminated this week took aim at law enforcement, prosecutors, as well as the district’s current and former superintendents for making them “scapegoats.”

The Begles, who are married, are both accused of failing to properly report sexual misconduct allegations involving a teacher and student.

They are criminally charged with failure to make a report, a misdemeanor.

Their attorney, Chris Taylor, issued the following statement in response to the Begles’ termination:

Mr. and Mrs. Begle are extremely disappointed by the School Board's decision to terminate their employment with Tri-West High School. They have served Tri-West High School and the Northwest Hendricks School Corporation loyally, faithfully and with dedication and distinction for nearly two decades.

Early in this process, it became clear that the Superintendent (both current and former) decided to scapegoat Mr. and Mrs. Begle, who had been in their administrative positions for less than a year, and one other former administrator, while completely ignoring the fact that several other school officials, as well as two law enforcement agents with the Hendricks County Sheriff's Department, had the same information as the Begles.

Yet, only the Begles and one other administrator have been targeted for discipline, criminal charges, and license suspension. Moreover, Tri-West High School and the former superintendent have not taken responsibility for their failure to train administrators like the Begles on the State's reporting requirements.

The Begles look forward to having their names and reputations cleared at a full public trial where the failures, cynicism, and hypocrisy of the School, the Hendricks County Sheriff's Department, and the Prosecutor's Office will be brought to light.

Springer, tried to fire the Begles but the board allowed them to return to their positions in September 2019.

“It does emphasize and support; however, the basis for their September 2019 termination recommendations,” said Springer “Their deliberate indifference that was displayed as events were unfolding in the spring of 2019 was as disturbing as their lack of fundamental awareness and personal responsibility has been since the facts of those events were exposed. It is unfortunate that it took the North West Hendricks School Board over a year and over $100K to get this decision right, but it is the right decision.”

The Begles have been on administrative leave since February 2020 following a formal complaint filed by the Indiana Department of Education against their teaching licenses.

Benner is criminally charged with failure to make a report and resigned from the district in June 2019.

The board voted 4-0 Wednesday night to terminate the Begles. Board Vice President Brad Williams was not present at the meeting.

The district and its attorneys have not yet responded to WRTV Investigates’ request for how much compensation the Begles received during their paid administrative leave from February to September 2020.

They are due in court on October 13 for a bench trial.

According to court documents, the district received multiple tips in February 2019 about teacher and coach Tyler Bruce working out alone with a female student with the door locked.

Prosecutors say, Stacey, Nathan, and Adam Benner, the principal at the time, had a meeting in which Benner told the Begles to bring any further information directly to him.

Benner said he and Nathan spoke with Bruce about no longer working out with the alleged victim, however, no one reported the allegations to the Indiana Department of Child Services or law enforcement at the time.

On May 3, 2019, attendance secretary David Pyatt saw the alleged victim and Bruce in his office with the lights off and later reported it to DCS.

On Nov. 4, 2019, a search warrant was granted for Bruce’s school email account and personnel record.

This is not the first time the Begles have been on paid administrative leave.

The Begles were also placed on paid administrative leave in July 2019 in connection with the Tyler Bruce matter.

PREVIOUS | School board decides Tri-West employees can return to school

In September 2019, the school board voted the Begles could return to their positions where they remained until February 2020 when the IDOE filed its formal complaint against the couple’s teaching license.

The Begles received $29,858.37 while they were on administrative leave from July to September 2019, according to the district.

The IDOE complaints against their teaching licenses are still pending.

The Begles released a statement to WRTV last month through their attorney Chris Taylor, calling the criminal charges “unfounded.”

"Mr. and Mrs. Begle never had reason to believe that any student at Tri-West High School was the victim of child abuse or neglect prior to when the police began their investigation and charges were filed against Mr. Bruce,” read the statement.