“I can’t watch him get left behind,” Fishers mother says of handicapped son 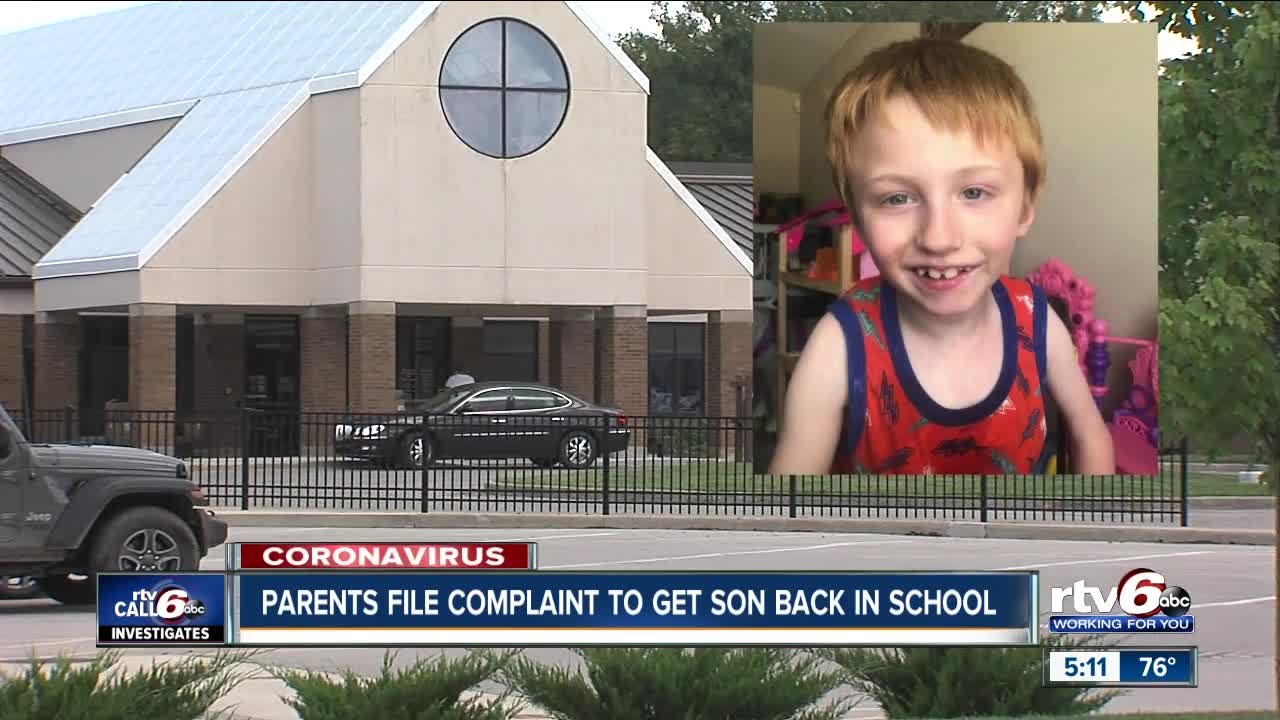 A Fishers couple has filed a formal complaint against Hamilton Southeastern Schools to get their son, who is severely handicapped, back in school.

FISHERS — A Fishers couple has filed a formal complaint against Hamilton Southeastern Schools to get their son, who is severely handicapped, back in school.

The Dague family alleges the school district is failing to provide crucial services and therapies to their son and other students with special needs.

Erin and Greg Dague’s son Dyllan is a 10-year old student with lots of challenges, including quadriplegic cerebal palsy.

The Dagues adopted Dyllan through foster care when he was four years old.

“He requires pretty much 24-hour care,” said Erin Dague. “He gets all of his nutrition through a tube in his stomach. He is non-verbal."

At school, Dyllan gets occupational, physical and speech therapy as well as academic instruction.

But it all came to a stop in March when HSE and other schools closed amid COVID-19 concerns.

“He was so depressed,” said Erin Dague. “He thrives at school. It's his favorite place in the world."

The Dagues had hoped Dyllan would return this month to New Britton Elementary, but Hamilton Southeastern Schools is starting its school year with virtual instruction only.

“Despite his obstacles, he’s still a 10-year old boy who still needs his time with peers,” said Greg Dague. “He still needs time to do activities apart from Mom and Dad.”

The Dagues filed a formal complaint with the Indiana Department of Education saying virtual learning isn’t adequate for Dyllan.

"He's supposed to do a movement break and do 45 minutes of reading, but Dyllan can't get out of his chair without assistance, and he can't read,” said Erin Dague. “So, they gave us a whole plan of things to do that he can't do."

“We aren’t trying to punish the school,” said Blessing. “We are trying to get Dyllan back in school and get him the services he needs. The federal law, the Individuals with Disabilities Education Act, has not been suspended or waived so schools are still obligated to comply with that federal law.”

The complaint questions how HSE can allow athletics inside school buildings, its employees to receive childcare inside schools and permit YMCA programs on school property — but not reopen for students with special needs.

"He was provided a week of transitional learning which is what he does every summer to prep him for re-entry into the school district. And they went, he went to school. I have photo of him getting on the bus. And then they just shut it down and ignore me. Which was really upsetting."

The Indiana Department of Education is expected to hold a hearing on the Dagues’ complaint.

The family and Blessing say they are doing this to help not just Dyllan, but any child that relies on public school systems for therapies and services.

"We might be one of the louder voices right now, but there are dozens of voices behind us in this district that are scared to death and don't know what to do with their kids,” said Erin Dague. “I can’t watch him get left behind.”

Spokesperson Emily Abbotts they just received the complaint and are reviewing it.

Abbotts directed RTV6 to their website on exceptional learners and how they will be receiving services.

On their website it says, “students in preschool through grade 12 will continue to receive special education services virtually according to their IEP/504 Plan to the greatest extent possible.”

According to their website, HSE is relying on the following key data to drive decision making on re-opening:

“Yes, special education services including accommodations will be provided to the extent possible via virtual instruction,” according to HSE’s website. “A Case Conference Committee meeting may need to be held to discuss and revise the current IEP to reflect service delivery.”