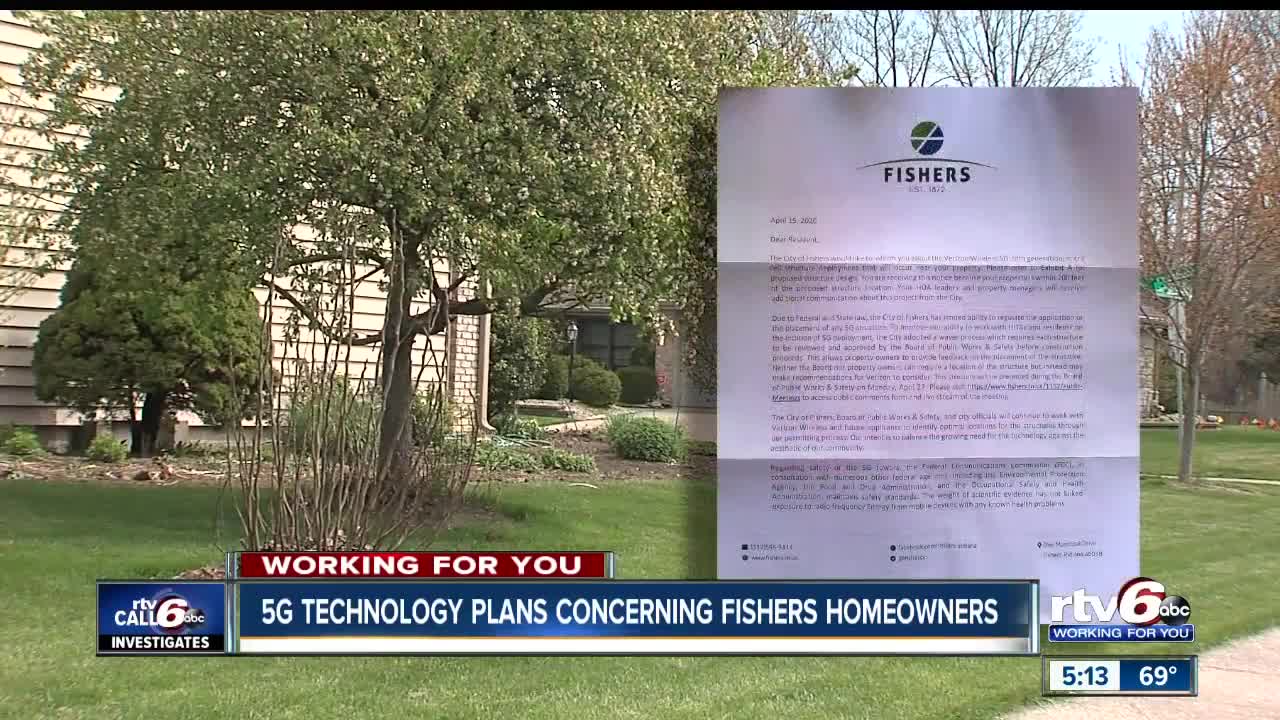 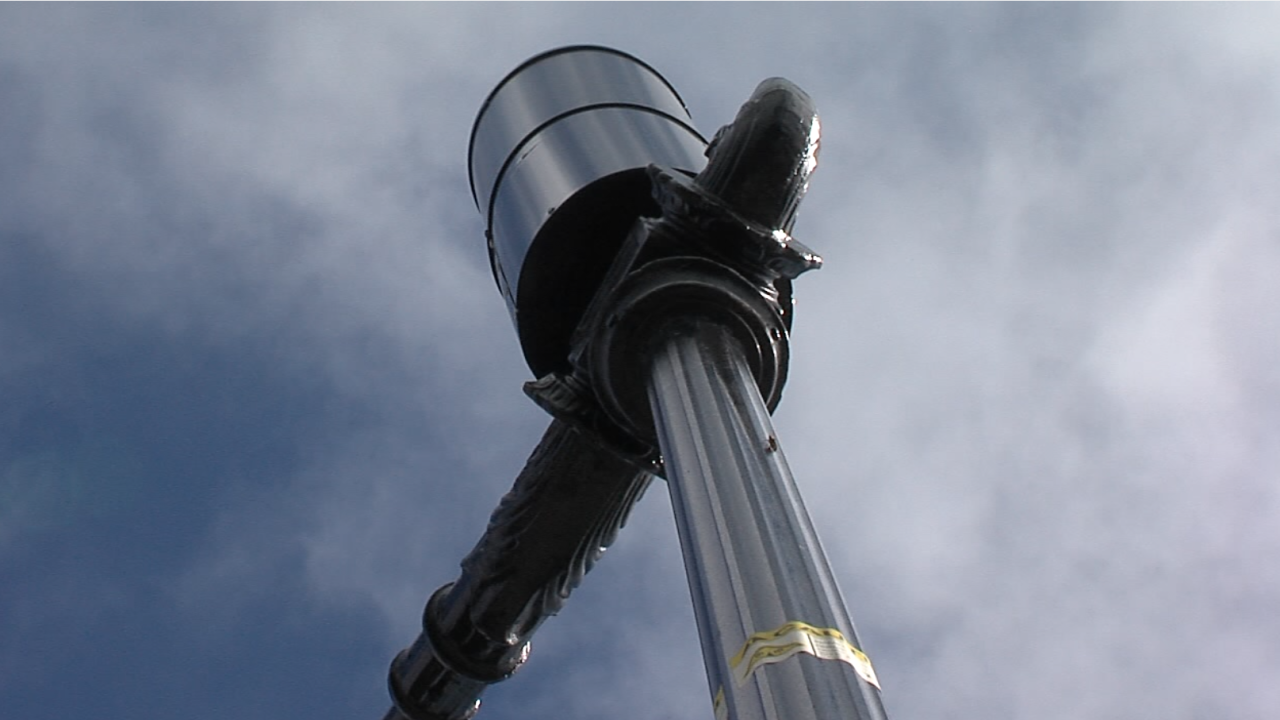 FISHERS — Homeowners in Fishers are concerned about Verizon’s plans to install 5G structures right in their neighborhoods.

Wireless companies are installing the infrastructure to improve their networks’ speeds to 5th generation cell network technology or “5G” for short.

David Domanich has lived in Lantern Farms for 17 years, and is concerned after receiving a letter from the City of Fishers informing him a 5G structure will be built right by his house.

His wife runs an in home day care, and he’s concerned about the health impacts.

“We have 35 children just in the immediate area who got the letter, and we just don’t feel the data is there to support the need for it to be right on top of us like it will be,” Domanich said.

A U.S. Health and Human Services study from November 2018 found radio frequency radiation like that used in 2G and 3G cell phones led to cancer and tumors in male rats.

Troy Hammon lives in Sunblest Farms in Fishers, and also got a letter that a 5G structure will be going up right near his house.

He’s worried about the impact on property values.

"Nobody wants anything that is suddenly going to drop your home values,” Hammon said. “Certainly there's so many other logical spots."

Kerwin Olson with the Citizens Action Coalition said Senate Bill 213, which passed the legislature in 2017, authorized a massive roll-out of the small cell wireless structures all over the state.

"What we really have is an unregulated industry that has eminent domain across the country leaving towns, cities or states with little to no authority," Olson said. “Truth be told, the public has little to no say in where these things are placed.”

Olson also questioned whether the approval and installation of 5G technology is “essential” during a pandemic.

“Why 5G is an essential service under these times is strange to me,” Olson said.

Call 6 Investigates asked Verizon for more information about their plans for Fishers and received this statement.

"We are working with local officials to bring upgrades to wireless service that will benefit consumers, business and first responders,” said David Weissmann, communications manager with Verizon Consumer Group.

A City of Fishers spokeswoman told RTV6 Verizon plans to file over 400 applications in Fishers with around 130 of those happening in 2020 in various locations around the city.

It’s not yet clear how many structures or towers Verizon plans to build or how many have already been put up.

Click here for a map of proposed small cell nodes.

A Board of Public Works & Safety meeting is scheduled for Monday April 27 at 4 p.m.

Click here to submit your comments to the board.

The City of Fishers has also created a site for residents with questions about 5G technology infrastructure.

People who live in Carmel have already seen numerous 5G towers installed in neighborhoods and along busy streets.

The Citizens Action Coalition urges concerned homeowners to contact their mayor, city council member and state lawmakers and urge them to halt 5G installation until the issue can be studied further.

Last year, Carmel City Council passed a resolution that "requests the Indiana State Legislature to take all necessary steps to thoroughly study the effects of 5G technology on humans and to immediately suspend the deployment and use of this technology in Indiana until scientific evidence conclusively establishes that it poses no harm to humans."

The resolution cites "conflicting scientific data and a lack of consensus as to the effects of 5G technology on humans."