Flood-damaged vehicles coming to Indiana after hurricanes and tropical storms

Make sure to check vehicle history 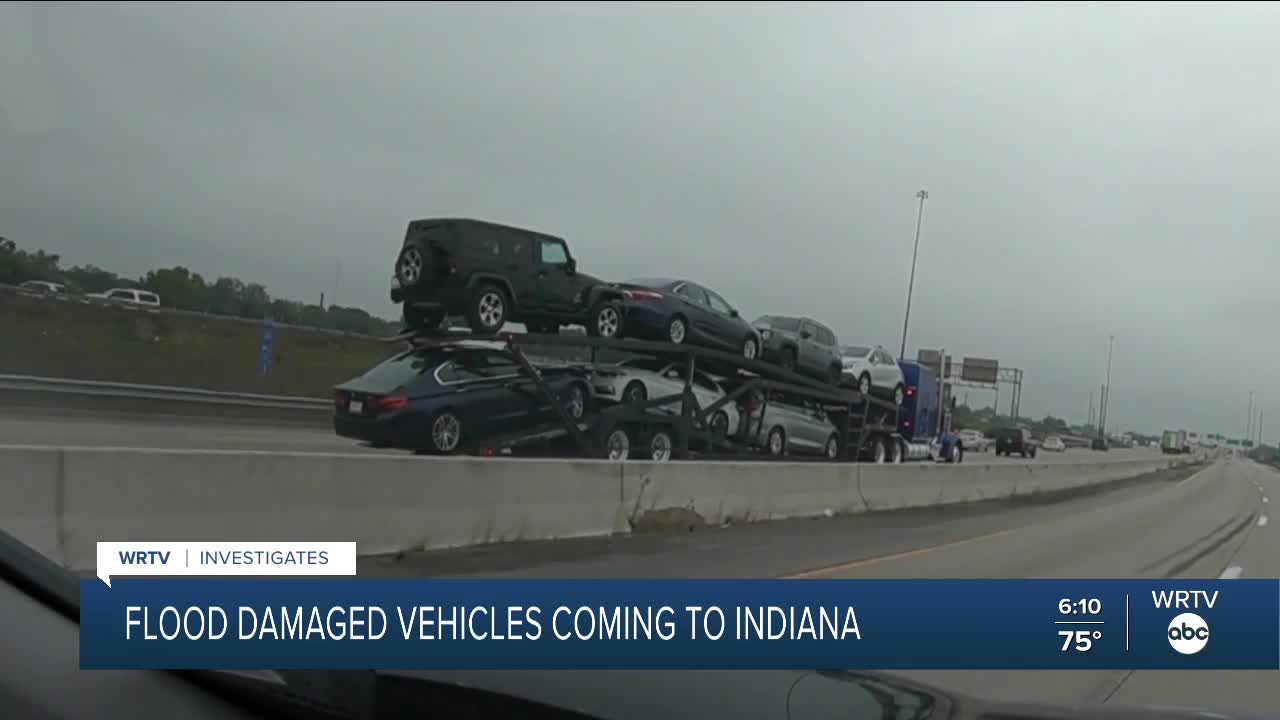 A warning if you’re in the market for your next car—a growing number of flood-damaged vehicles are coming to Indiana, and if you’re not careful, you could end up buying one.

INDIANAPOLIS — A warning if you’re in the market for your next car—a growing number of flood-damaged vehicles are coming to Indiana, and if you’re not careful, you could end up buying one.

Hurricanes and tropical storms can seem like a distant problem in Indiana.

But according to Carfax, Indiana is 14th in the nation with 10,246 flood-damaged vehicles on the road.

Exactly 4,584 flood-damaged vehicles are in the Indianapolis area a 33% increase from last year, according to Carfax.

The company says in the wake of Hurricane Laura and other tropical storms, more waterlogged vehicles are headed to Indiana to be sold by dealerships and individual sellers.

"A lot of these vehicles end up with a flood branded title,” said Emilie Voss, spokeswoman for Carfax. “It's not illegal to sell a vehicle with a branded vehicle, but you want to make sure it's being disclosed so the buyer knows what they're getting into. There are unfortunately unscrupulous sellers out there who don't tell about a waterlogged history. "

It can take just a few hours to clean up a flood-damaged vehicle.

"These vehicles have mechanical, electrical, and safety issues,” said Voss. “They're literally rotting from the inside out and they might look fine to the eye, but what that saltwater is doing to the inside of the vehicle can cause a lot of issues down the line."

Before you buy a car, make sure you have it inspected by a mechanic and run a VIN check on it to check for branded titles or previous problems.