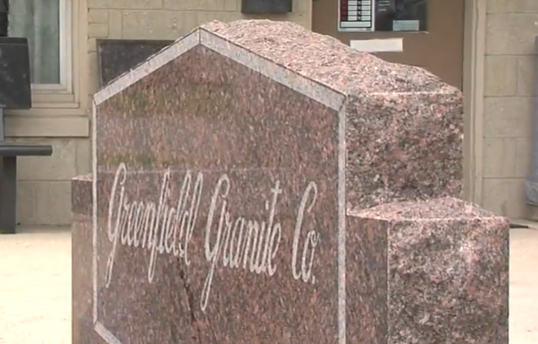 The owner of Greenfield Granite has died, as questions about her business are in the courts. 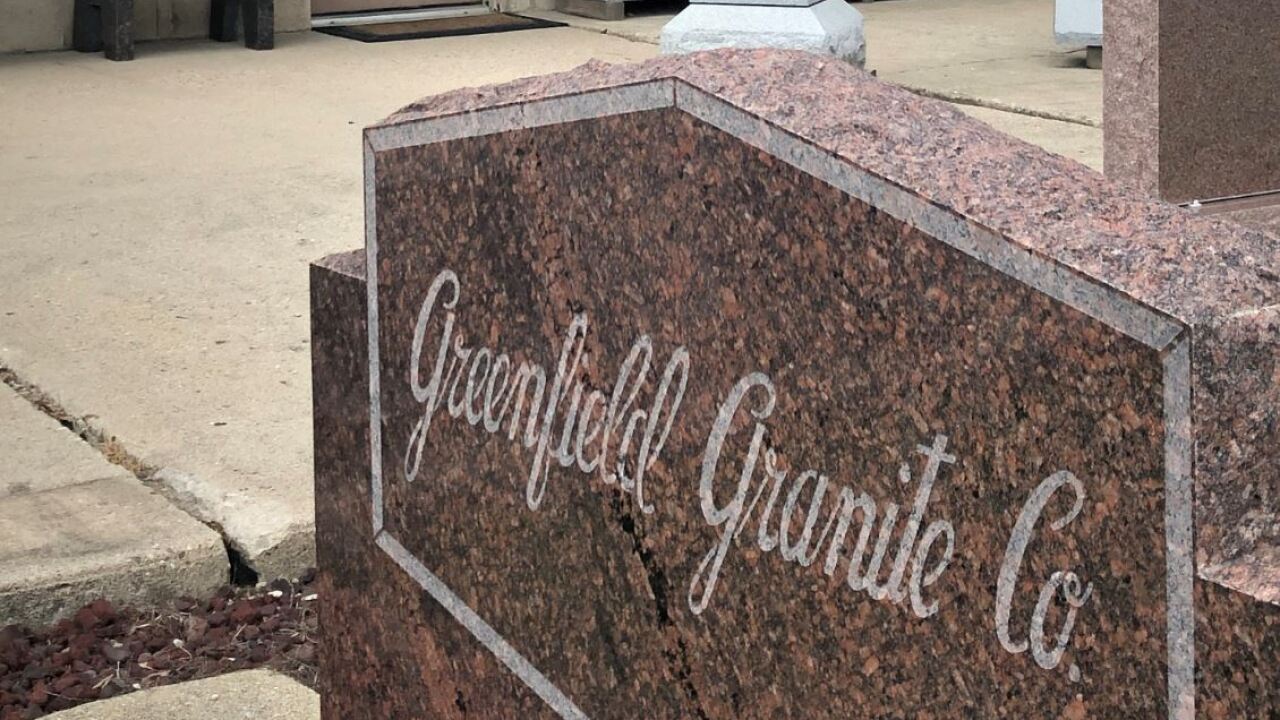 GREENFIELD — The owner of a Greenfield headstone company died by suicide Tuesday just hours before she was scheduled to appear in a Hancock County small claims court.

Greenfield Police were dispatched to Greenfield Granite on West Main Street at 9:36 am and found Amie Strohl, 50, dead.

The Hancock County coroner confirmed Wednesday that Strohl, the owner of Greenfield Granite, died by suicide.

Strohl had been under criminal investigation by Greenfield Police amid numerous complaints from consumers who said they paid money up front for headstones, but the work was only partially or never completed.

Strohl was scheduled to appear at 1:30 p.m. Tuesday in Hancock County small claims court for a bench trial.

Customer Bessie Williams filed a lawsuit against Strohl after said she paid Greenfield Granite $2,800 for a headstone.

Williams appeared in court Tuesday as police tape surrounded Greenfield Granite, and the judge told Williams he wasn’t sure whether Strohl was “still with us.”

The judge rescheduled Williams for a later date.

Customers of Greenfield Granite are shocked and saddened by Strohl’s death, and also concerned about the status of their loved one’s headstones.

“It really is sad and I’m sorry her family has to go through this,” Williams said. “I want to get my husband a headstone, you know. This is not fair, not fair to anybody.”

Sheila Carson has been waiting since August 2019 for her mother’s headstone, and said she talked to Strohl last week.

“I talked to her on her personal phone on Friday to confirm they were going to set my mom’s headstone Tuesday,” Carson said. “I truly feel sorry for her that she had to end it like this.”

Carson said she never would have suspected Strohl would take her own life.

“I know she was working to resolve things with people,” Carson said. “She was supposedly working with me to get my headstone set.”

Carson said her mother’s headstone is finished and just needs to be set on the gravesite.

“I hope once the investigation is done we will be able to get it released and get it set on our own somehow,” Carson said.

Strohl had not been criminally charged involving her business practices, but Greenfield Police have spoken with numerous consumers who said Greenfield Granite owes them refunds and/or headstones.

Hancock County Prosecutor Brent Eaton said they are still working on the case and it is still active.

Greenfield Granite has been a fixture in the community for more than 120 years, and the company’s longevity is one of the reasons customers say they trusted the company.

Amie Strohl posted a fundraising link on GoFundMe on June 8 asking people to donate to her business that’s been “hit hard by COVID-19.”

WRTV Investigates scheduled an Aug. 12 interview with Strohl about customer complaints, but she canceled the day before.

On the phone, Strohl blamed the pandemic and told us she was working on rectifying the situation.

"I understand there are some people who have been upset about some things, but I'm trying to correct that as we are speaking right now,” Strohl said last month.

Strohl said was trying to get customers refunds.

“Things have been different this year with the way COVID has ran,” Strohl said last month. “We are getting people money back. We are trying our best to get people taken care of.”

Strohl referred WRTV to her attorney Lyn O’Neal who told us, “Amie has resolved her customer issues and has explained what was behind the problems. She will not participate in an interview."

WRTV Investigates reached out to O’Neal regarding Strohl’s death and we are still waiting to hear back.