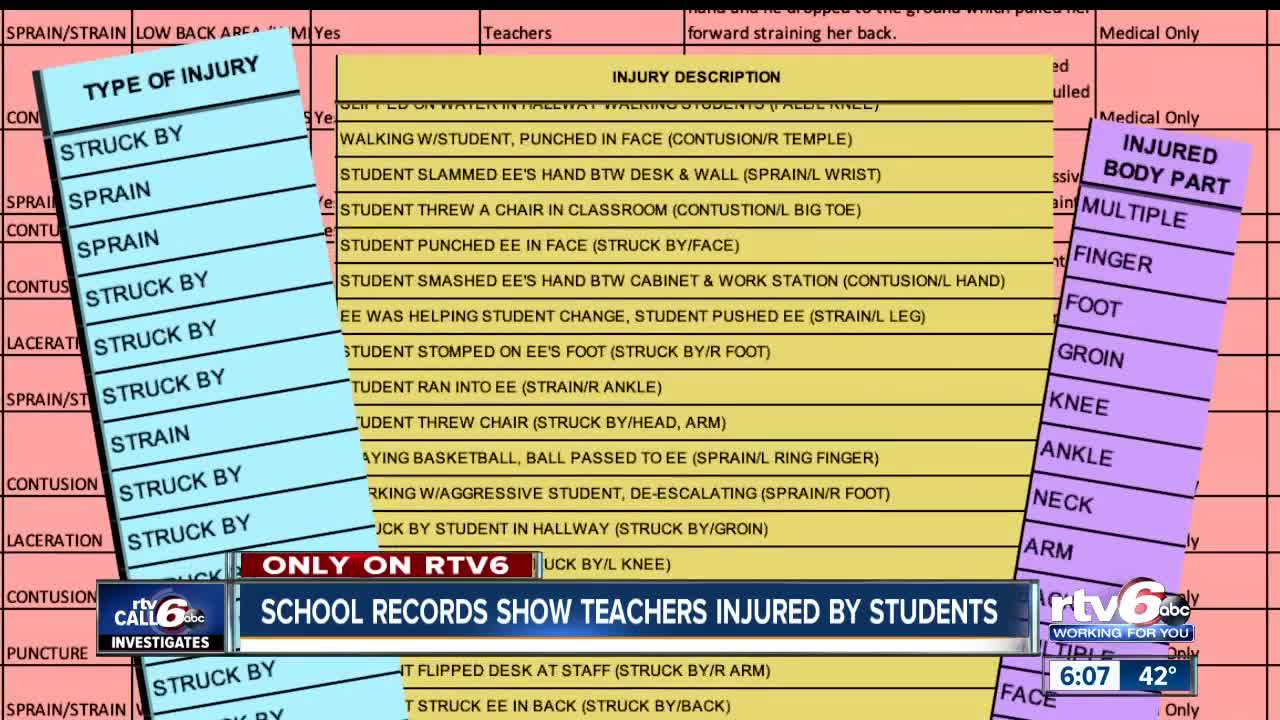 Most teachers say they have witnessed a student physically assault a teacher or school staffer, according to teacher survey compiled by Call 6 Investigates. 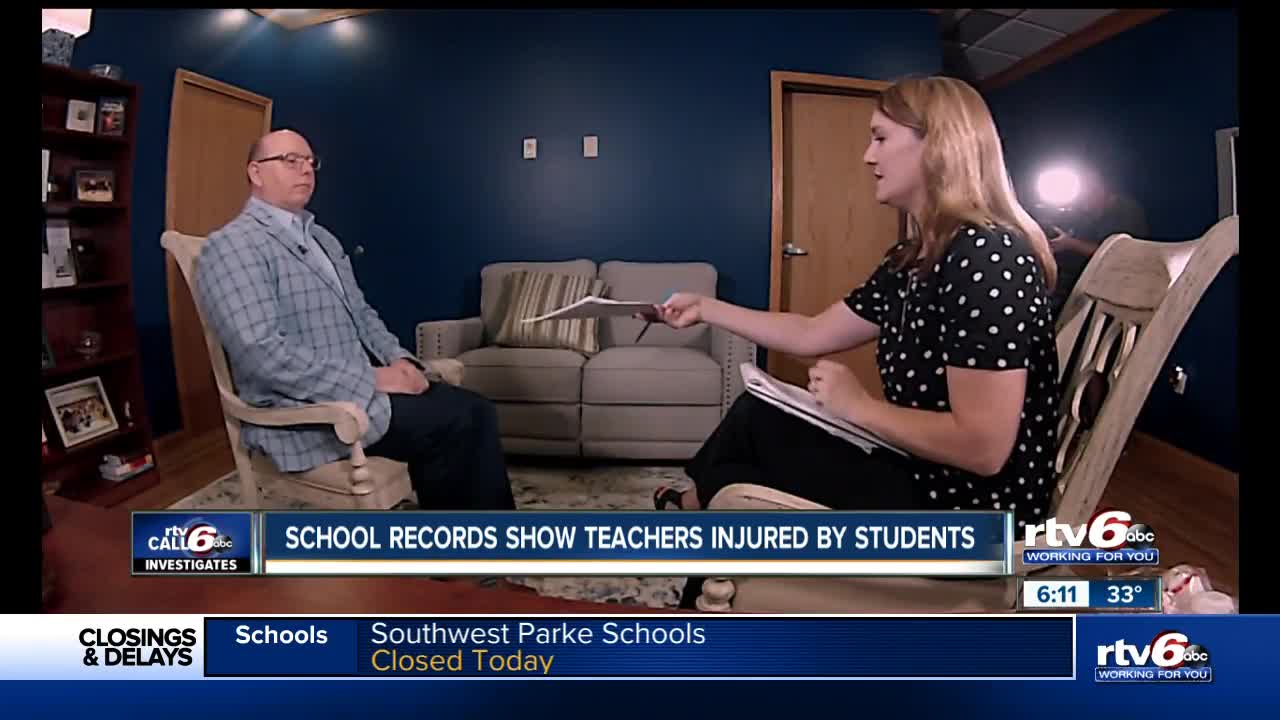 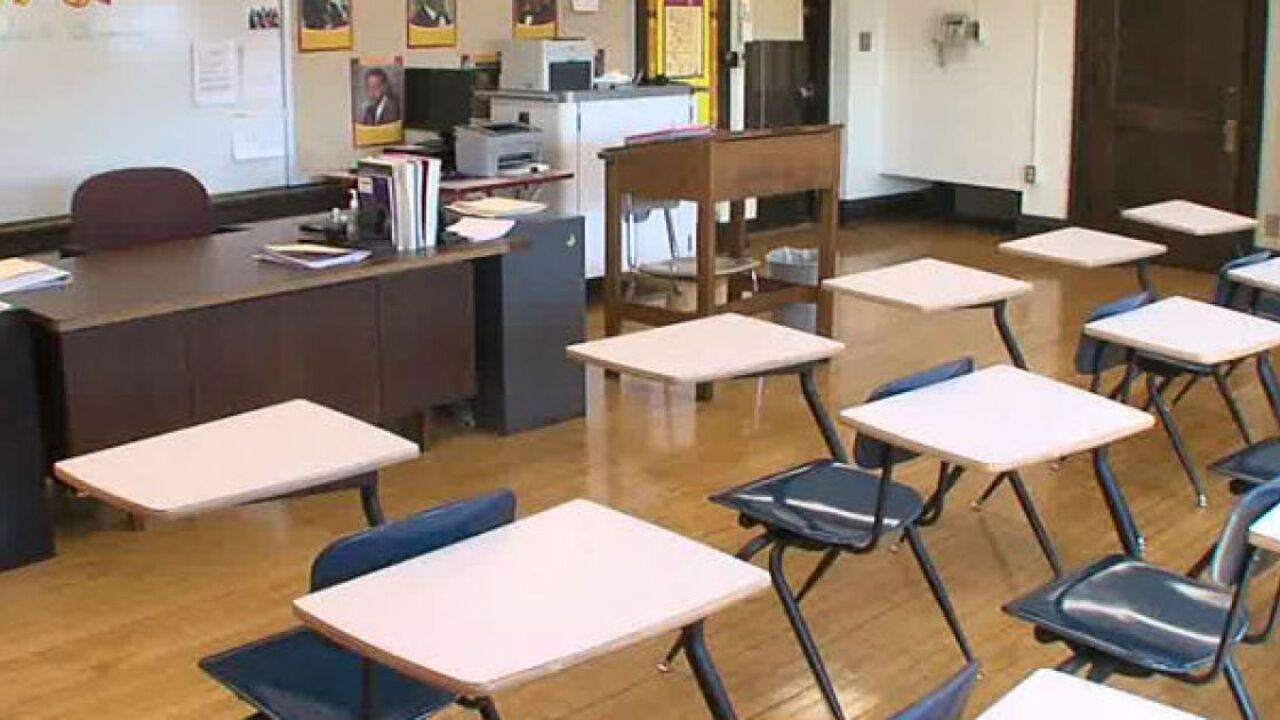 INDIANAPOLIS — A Call 6 investigation has uncovered a disturbing and growing problem in Indiana classrooms — student outbursts and disruptive behavior, and our teachers are getting hurt because of it.

RTV6 found school staff, mostly teachers, have been hit, kicked, bit, scratched, slapped, punched, and even headbutted by their own students.

Eight of the largest school districts in the state reported 737 staff injuries involving students over the last two school years, 2017-2018 and 2018-2019.

For example, in April 2019, a Carmel Clay school employee suffered a wrist sprain after a student became aggressive and pushed the worker against a wall.

And in September 2017, a Wayne Township teacher suffered a concussion after breaking up a fight and getting hit in the eye.

ARE YOU AN INDIANA TEACHER? WE WANT TO HEAR FROM YOU:
TAKE THE RTV6 SURVEY HERE

“It is always extremely disheartening when you see these things happen,” Keith Gambill, ISTA president, said.

Gambill said it’s a growing problem that needs to be addressed.

“I think we're not able to get in and work with the adults that work with students in a way so they can look for warning signs ahead of time,” Gambill said. “We have a large problem with lack of counselors in Indiana. "

Indiana has the 8th worst school counselor-student ratio in the country with one counselor for every 533 students.

Another reason for the increase in teacher injuries — students are coming to school with more stress and trauma than ever before.

Things like poverty, domestic violence, or child abuse and neglect can all impact a child’s behavior in the classroom.

"A teacher can't just say ‘you need to go somewhere and get calmed down,’” Gambill said. “They have to have a safe space to go. In my time in the classroom, every single classroom was being utilized every period."

MSD of Wayne Township wants to give its students a safe place to go if they’re melting down or feeling stressed.

"Inside here are several bean bags and it's a way for students if they need to close it off,” Erwin said. “So, they can be in a tight, confined space where it's quiet yet comfortable."

Thanks to a grant, they’re implementing a new approach throughout the district to help students regulate their own emotions rather than becoming violent.

"It's tough to see a child where they have those issues where they feel out of control,” Erwin said. “As an educator, you think of all the kids in the classroom as your kids."

Wayne Township has had more teacher injuries than any district RTV6 surveyed.

Over the last two school years, 118 teachers were hurt, 74 paraprofessionals/teacher aides, as well as 9 administrators and 7 transportation workers.

Dozens of the injuries involved trips to the emergency room, clinic or hospital, school records show.

Wayne Township’s approach is different than traditional approaches that crack down on bad behavior with harsh discipline.

“We found that doesn't work,” Erwin said. “Making a kid sit on the sideline for recess because they don't have their homework is not changing the behavior"

Teachers and staff tailor their approach to each child’s needs such as if a student has anxiety or autism.

The district emphasizes they still hold students accountable for their actions.

“Children haven't changed, but childhood has,” Erwin said. “We need to make sure we are the role models and that we are supporting them so they can be leaders in the future. Our kids are our future."

The Indiana State Teachers Association wants teachers to know they can ask for help.

Gambill said schools could provide more training to prevent teachers from getting injured on the job.

“I think we can do much better,” Gambill said.

A number of groups provide training for schools including the Peace Learning center, the Positive School Discipline Institute and the Collaborative for Academic, Social and Emotion Learning (CASEL).

Of course, a lot of a child’s behavior starts in the home.

Here’s what you can do as a parent to keep your child and teachers safe at school:

Are you a teacher who has been injured on the job? Contact Kara Kenney at kara.kenney@wrtv.com.