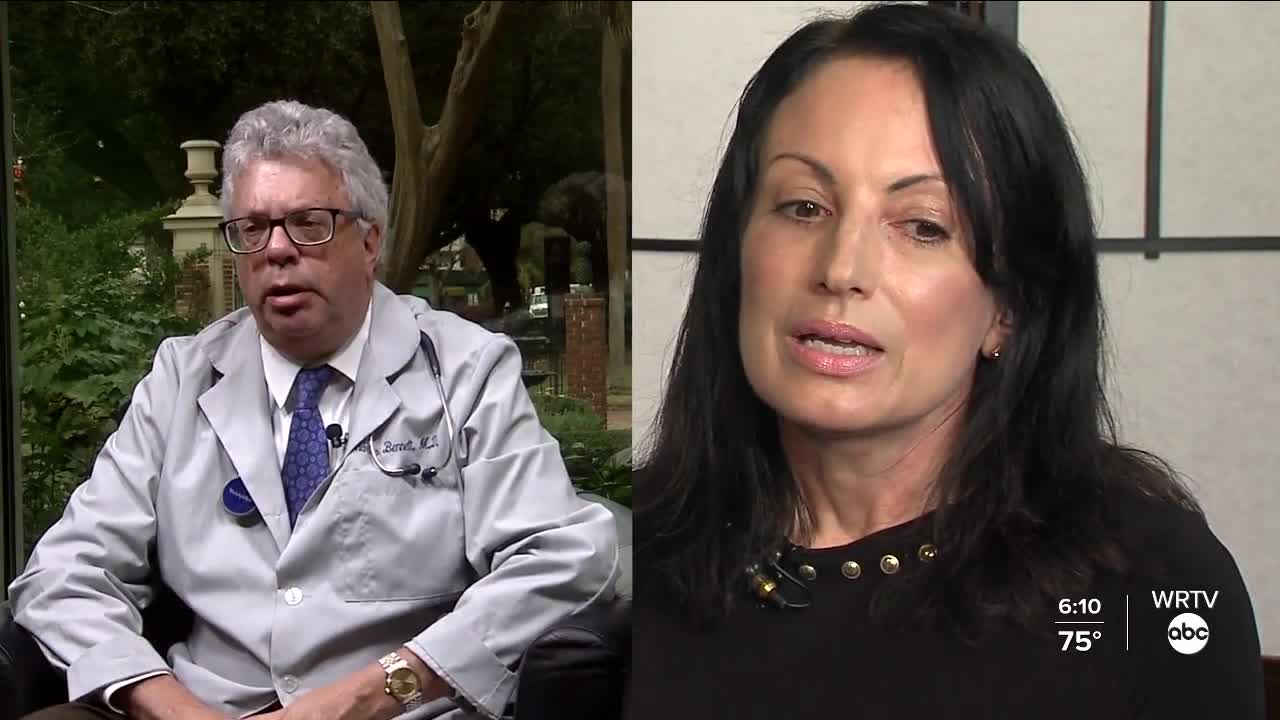 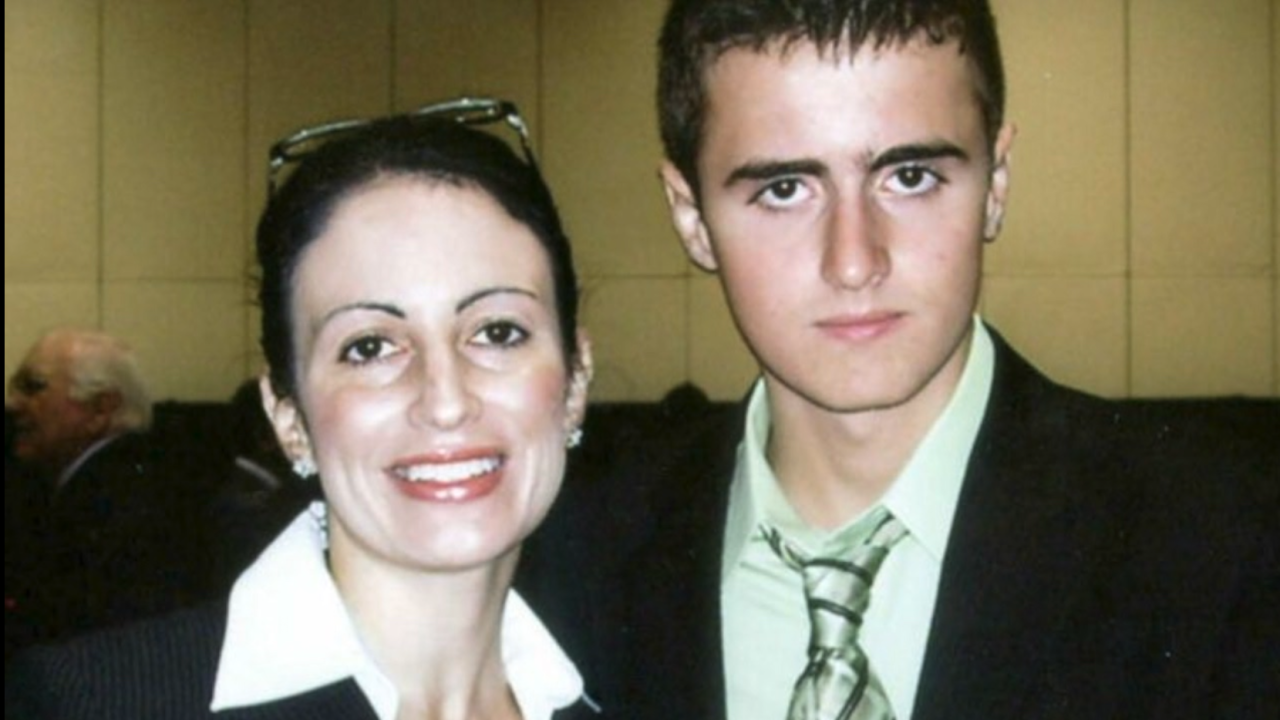 LAKE COUNTY — An Indiana mother’s fight for more stringent warnings on popular antibiotics has hit yet another roadblock after the FDA denied a request for more label changes.

Heather McCarthy’s son Shea, a Purdue University student, died in 2013 after taking Levaquin— an antibiotic known as a fluoroquinolone.

Shea was suffering mental health side effects from taking the drug, according to his mother, and died after he crashed his car into a cement embankment.

“He knew that this drug had affected him, and no one chose to listen to him,” said McCarthy. “Shea will always be missed by myself, his friends and his other family members. That's why I think this was so important."

The citizen petition also requested the FDA add Fluoroquinolone-Associated Disability (FQAD) to the black box warning, and implement a risk evaluation and mitigation strategy for the drugs.

More than a hundred citizens submitted comments, including many who said they had been harmed by the medication.

On August 28, 2020, more than a year after the citizen petition was submitted, the FDA denied their request saying the drug had already undergone numerous label updates to inform prescribers and patients of the drug’s risk.

The FDA also expressed concern about delaying access to the drug for serious infections.

“Moreover, the labeling stresses that because Levaquin has been associated with serious adverse reactions, it should be reserved for use in patients who have no alternative treatment options for uncomplicated urinary tract infections, acute bacterial exacerbation of chronic bronchitis, and acute bacterial sinusitis,” read the FDA decision. “Even with the serious risks associated with Levaquin, it may be an appropriate choice for a patient, depending on factors including allergy history, antimicrobial susceptibility, drug interactions, and side effects. Such risks are adequately communicated in Levaquin’s approved labeling.”

The fight for label changes has been ongoing for years.

On September 11, 2014, Bennett filed a petition with the FDA calling on the federal agency to change the drug labels to better warn patients of the risks.

Heather McCarthy testified in November 2015 before an FDA advisory panel convened to talk about fluoroquinolones.

“This was a drug-induced death that was unnecessary,” McCarthy told the panel.

On July 10, 2018, the FDA announced label changes on fluoroquinolones including more prominent and consistent warnings for mental health side effects.

The mental health side effects, according to the FDA, include disturbances in attention, disorientation, agitation, nervousness, memory impairment, serious disturbances in mental abilities, and delirium .

Both Heather McCarthy, Dr. Bennett and other advocates are frustrated with the FDA’s most recent decision.

“I think it’s disappointing,” said McCarthy. “It's the psychiatric issues that can be so harmful to people which certainly affected my son.”

"Fluroquinolone associated disability, psychiatric problems, suicides, things like that are so deeply hidden in the package guide you can't find them,” said Dr. Bennett. “Doctors don't know the side effects, and we wanted to change that. The answer we got is absolutely no."

However, the drugs may still appear on store shelves and an estimated 22 million people in the United States use the generics of Levaquin and Cipro.

In fact, doctors across the country are prescribing fluroquinolones to treat COVID-19 related pneumonia.

Heather McCarthy, Dr. Bennett and other advocates plan to reach out to Congress and find other ways to inform the public about potential mental health side effects from these antibiotics.

"That's my purpose and I will certainly never shut up about it,” said McCarthy.

WRTV Investigates reached out to the FDA for their response.

“Please see our final response letter here [beta.regulations.gov] that we posted on 8/28,” a spokesperson said in an email to WRTV.

WRTV also reached out to Janssen, the maker of Levaquin, for a response to the petition.

“At Janssen, our first priority is the well-being of the people who use our medicines. Janssen is reviewing the Safety Labeling Change Notification and working with the FDA to ensure labeling will be updated appropriately to facilitate the safe and appropriate use of LEVAQUIN®,” said Kelsey Buckholtz, Janssen spokesperson in a statement to RTV6. “LEVAQUIN® (levofloxacin) has been used for nearly 20 years to treat bacterial infections, including those that may be serious or life-threatening. LEVAQUIN® is part of the important fluoroquinolone class of anti-infective prescription medications, and its safety profile remains well-known and established.”

WRTV Investigates also contacted Bayer, who makes Cipro and Avelox, about the FDA’s label change in 2018.

“Fluoroquinolones, including Cipro® (ciprofloxacin) and Avelox® (moxifloxacin), are an important class of antibiotics that treat a range of bacterial infections, some of which are serious and can be life-threatening. Cipro has been used in more than 600 million patients worldwide since becoming available by prescription in 1987. Avelox has been used by more than 200 million patients since it became available in 1999.

FDA, on July 10, 2018, issued an announcement [fda.gov] to reinforce safety information about the risks of low blood sugar levels and mental health side effects with fluoroquinolone antibiotics, and is requiring label changes for these products. This is a class-wide labeling change for all NDA and ANDA holders of fluoroquinolone antibiotics. Companies have 30 days to respond to the proposed label changes. Bayer is currently reviewing the proposed Labeling Change Notifications for Cipro and Avelox, and we will respond to the agency within the required time frame.

The current approved product labeling of both Cipro and Avelox reflects the benefit-risk profile of these drugs in their approved indications, including information about the risks of mental health side effects and hypoglycemia (low blood sugar).

Bayer’s highest priority is patient safety and we closely monitor the safety and efficacy of Cipro and Avelox on an ongoing basis. Bayer takes all reports of side effects very seriously, investigates them thoroughly, reports them to health authorities around the world as required and regularly evaluates whether the product’s benefit risk profile is adequately reflected in the product information.”

"We have extensively studied LEVAQUIN®(levofloxacin) and though we no longer manufacture the product for the US, we continue to work closely with the FDA to ensure the prescribing information appropriately reflects the risks and benefits of the medicine based on the information available. Nothing is more important to us than the health and safety of the patients who use our medicines.

The FDA’s review of this petition was completely independent of Janssen."