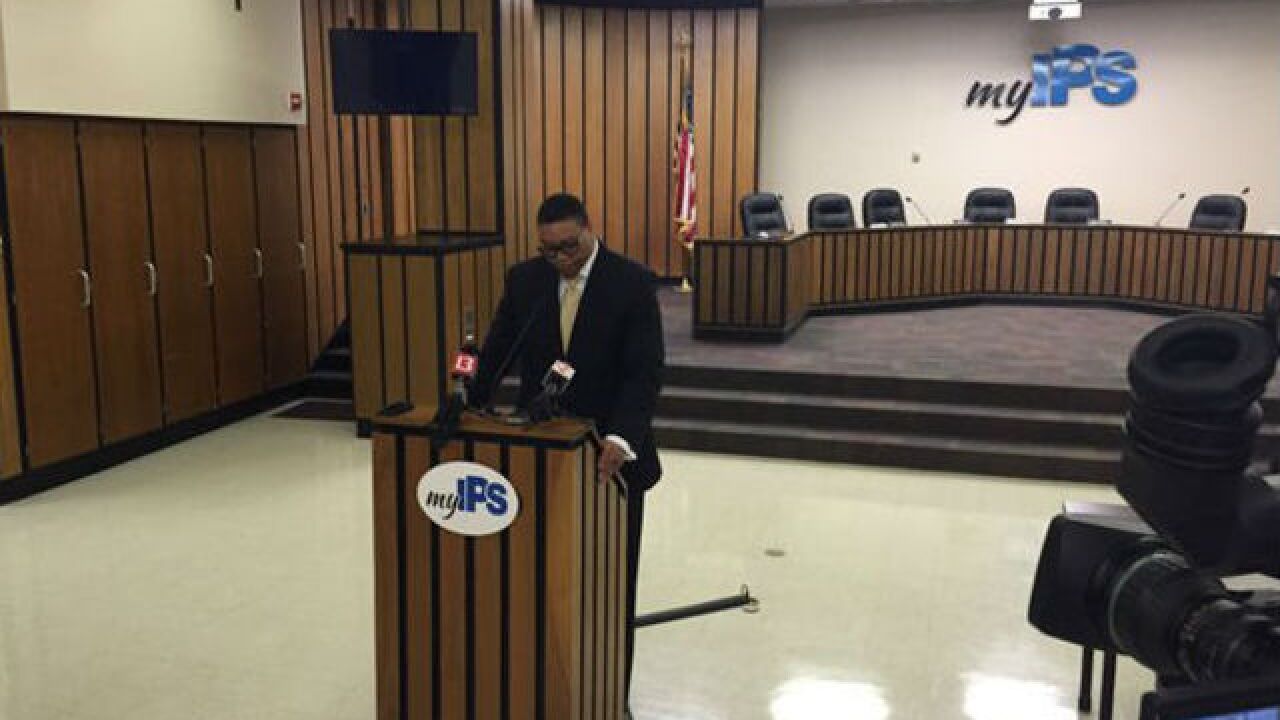 INDIANAPOLIS -- A month after it was discovered several Indianapolis Public School officials waited six days to reported alleged child abuse to the Indiana Department of Child Services, it’s not clear whether any staff members have been disciplined over the error.

Call 6 Investigates reported March 2 that Longfellow Alternative School officials were made aware of sexual abuse allegations against counselor Shana Taylor on Feb.17 when a parent came to the school and disclosed she had viewed numerous text and Facebook messages between her son and Taylor.

In a news conference on March 4, IPS Superintendent Dr. Lewis Ferebee vowed the administration would “aggressively issue discipline accordingly” for what he called a “clear case of incompetence.”

However, it’s still not clear if anyone has been disciplined.

Mark Cosand stepped down from his position as principal, but he can continue to work for the district.

IPS spokesperson Kristin Cutler declined to comment on whether any discipline had taken place.

“We don’t comment on the details of personnel issues,” said Cutler, who declined to speak in generalities about whether the administration was in fact, aggressively issuing discipline.

IPS board president Mary Ann Sullivan said disciplinary actions “are in process” but declined to go into specifics citing the fact that they do not comment on personnel issues.

“From day one, the board has taken this so seriously,” said Sullivan.

A spokesperson for the Marion County Prosecutor’s office said the matter is still under investigation.

Records show Taylor is still housed in the Marion County jail, however, if her bond is satisfied she will be placed on GPS monitoring and is ordered to stay away from all schools.

She is due back in court on May 4.