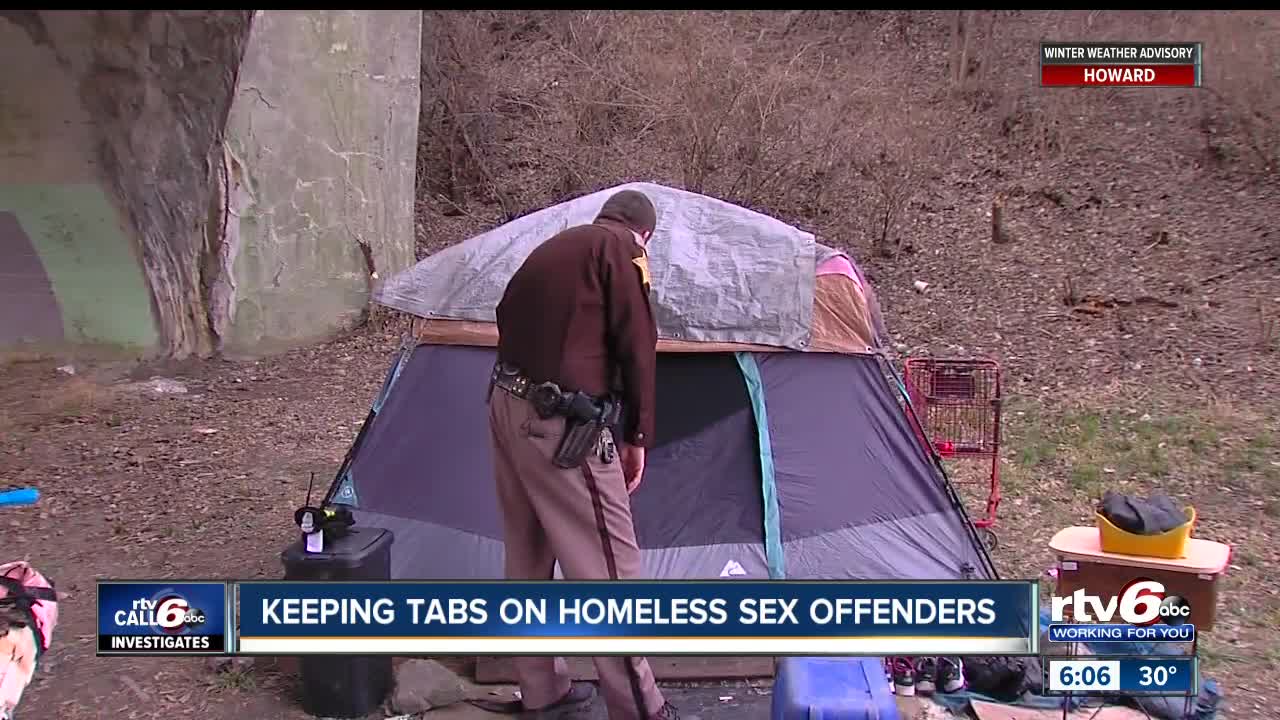 Here is a look at how Indianapolis police keep track of sex offenders with no address.

INDIANAPOLIS — Gary Staver keeps tabs on the sex offender registry to make sure his family is safe.

He was stunned when he saw an alert of a new offender with a listed home address of "1300 N. Delaware St. under bridge."

Staver was surprised when he learned sex offenders are living on the streets and its legal and they are within compliance.

Marion County Sheriff's Office Lt. Andrew Dalstrom searches for sex offenders and makes sure they are at the locations they report.

A team of eight deputies in the Marion County Sex Offender Unit search for offenders every day. They are assigned to different areas by zip code and check on offenders reguarly.

"We kind of got to get in there and show pictures and really hope for their cooperation to be able to find them," Dalstrom said as he searched a homeless encampment.

People like Staver want to know how we can ensure the public is safe from predators if they are living on the streets.

"The courts say right now this is an acceptable way to register, so that's the law we have to follow," Dalstrom said. "And that's part of the problem, and some of the things about the current law we are not happy about."

Combing through the state's registry, Call 6 Investigates found there are nearly 1,200 non-mappable offenders throughout Indiana. Their locations are listed under "homeless," "unknown" or "in custody."

We spoke with a sex offender who said people shouldn't be surprised those listed as predators by society would have a hard time keeping jobs.

"People say yeah, we got a job, and then they have it for a couple weeks and then they come back and you say what happened? Well they found out that through the background check that I'm on the registry. They got rid of me," the sex offender said.

Dalstrom said sheriff's office deputies check on people who have been deemed sexually violent predators every 30 days. On top of surprise visits, homeless offenders are also required to register in person at the sheriff's office every seven days.

"Feel safe in the face that we are working at this every day," Dalstrom said. "We don't have other responsibilities. This is all we do."

However, Dalstrom said he recognizes more work can be done.

"I feel that there's got to be some kind of solution to where we can keep tabs all the time, there are no questions and the public can also stay notified as well on the whereabouts of these registered sex offenders."