Some child cares are not inspected or regulated by the state 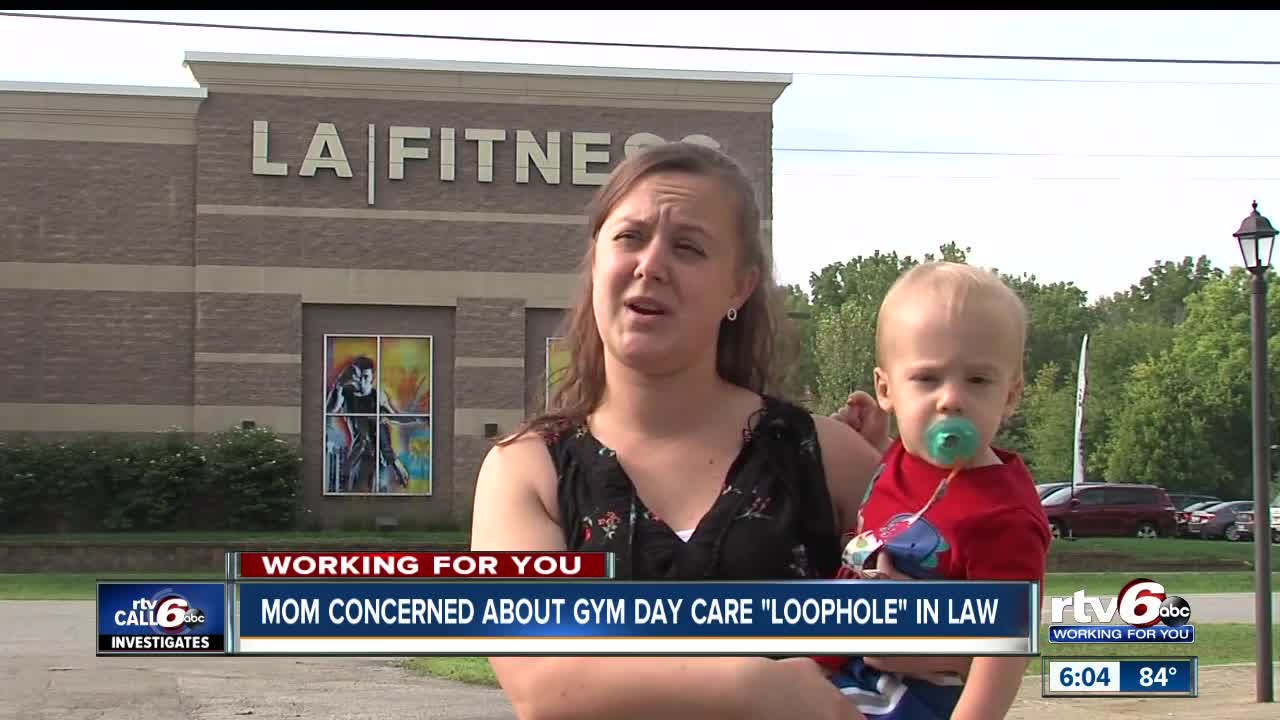 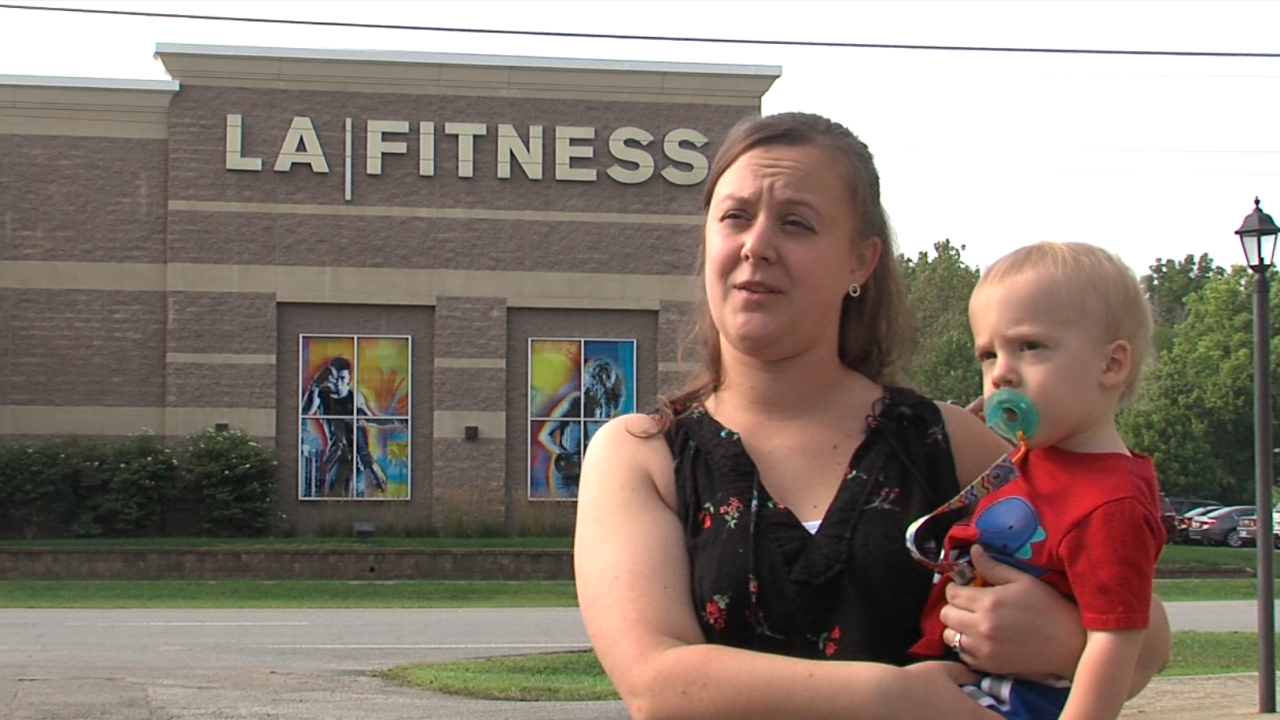 INDIANAPOLIS — An Indianapolis mom is speaking out about what she calls "dangerous" conditions at a gym day care where she recently worked.

Katie Lyman, a mother of two, told Call 6 Investigates a loophole in Indiana state law could be to blame.

Lyman said she worked at the LA Fitness Kids Klub on Southport Road, which is a place where parents can drop their children off for an hour or two while they work out.

"I knew right off the bat, something was just a little off," said Lyman. "The first couple of days, I had kids just running around crazy, being violent, and there weren't any specific rules. We had food and drink mix-ups with cups and binkies. "

Lyman said at one point, she was watching 17 children by herself.

"All of them were under the age of six," said Lyman. "It was chaos."

Lyman snapped pictures of broken toys, hair, splatter on the walls, and what she called "dirty conditions" throughout the Kids Klub.

She said she brought her concerns to gym management multiple times.

"I was just worried for all the kids' safety," said Lyman. "I didn't want to be the one for something to go wrong on my watch. Someone was going to get hurt or get sick."

Lyman said she brought in her own baby gate to separate the young children from the older children.

"I brought in my own Lysol wipes and sprays," said Lyman. "I tried to do as much as I could."

Lyman contacted Call 6 Investigates, and we reached out to the Indiana Family and Social Services Administration (FSSA), the state agency that licenses and regulates child care.

An FSSA spokeswoman said the general rule is that child cares are exempt if they care for children for less than four hours per day and not in consecutive days.

So that means gym child care facilities and many after-school programs are exempt—they are not inspected by the state nor do they have to follow health and safety regulations such as a child to staff ratios, and CPR and safe sleep training.

MORE |How to tell if your child care is licensed, unlicensed or illegal

"I don't think parents know there aren't any codes to keep up on, and there's no one monitoring the cleanliness," said Lyman. "They're not regulated in any way."

Call 6 Investigates left a business card with the front desk at LA Fitness on Southport Road.

RTV6 also called and emailed the corporate media relations office at LA Fitness and sent a tweet to the company, but we have not yet received a response.

Katie Lyman said she was fired after 2.5 weeks on the job.

She posted her concerns about the Kids Klub's conditions on Facebook, and her post has now been shared more than 300 times.

She hopes to prompt change at the facility and educate parents who drop off their kids at any gym child care.

Lyman said, often, she couldn't reach the parents when there was a problem.

"At the very least, make sure there's a phone number on file," said Lyman. "If nothing else, you can at least be contacted if something were to happen. Sometimes I would ring these phones, and no one would answer."

RTV6 reached out to the health department, and we are still waiting to hear back.

"We also recommend that families visit programs regularly — outside of drop off and pick up times," said Eamon-Shine.

The chart on this page lets families know what each kind of care is, as well as the health and safety standards.

"If there's a question mark on any of the items, it's important for families to ask the provider what they do to ensure children's safety," said Eamon-Shine.

Regardless of the level of regulation, parents can ask about caregiver background checks, group sizes and ratios, caregiver education, and health and safety.

HOW TO CHECK A CHILD CARE FACILITY
• Plug in a provider's name to ChildCareFinder.IN.gov and look for complaints, inspection reports, and any pending enforcement
• Use your eyes and ears when visiting. Are they following safe sleep? Is equipment working? Are children strapped into their high chairs?
• Drop by the child's day care unexpectedly during the day. What is seen at pickup and drop off may be very different than what's happening during the middle of the day
• Ask to see the provider's license or registration, which should be posted in a public area. If the provider is on probation, it will say so on the license, along with the reasons why.
• Ask to see a copy of the day care's discipline policy. Corporal punishment is not illegal in the state of Indiana
• Ask what their current child-to-staff ratio is. Experts say accidents are more likely to happen when staffers are watching a lot of children.
• Ask if the provider is part of the state's voluntary rating system, called Paths to Quality. The state said this helps guarantee they're meeting and/or exceeding licensing requirements regardless of type of day care
• If you use an unlicensed facility, know they do not have to submit to background checks, CPR training, safe sleep training and other requirements. Ask to see proof your provider has completed these.