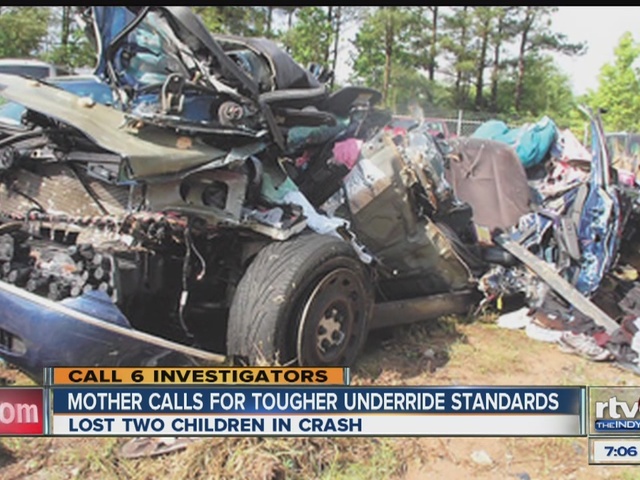 A North Carolina mother is calling for change to underride guard regulations after two of her children died this summer when their Crown Victoria slid backward underneath a semi-truck. 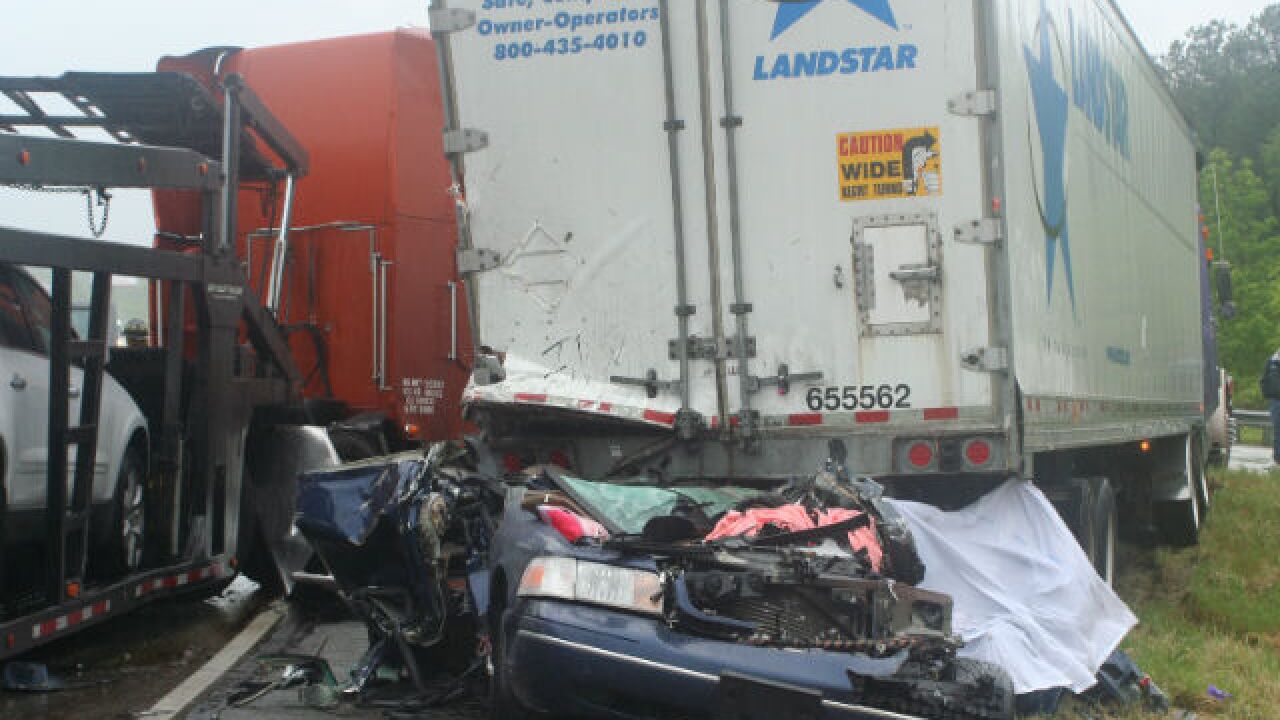 A North Carolina mother is calling for change to underride guard regulations after two of her children died this summer when their Crown Victoria slid backward underneath a semi-truck.

Underride guards are the metal barriers on the back of most large trucks designed to keep drivers from sliding underneath during a crash.

But a three-month investigation by the Call 6 Investigators revealed federal standards for underride guards may not be enough to keep motorists safe.

Karth was driving on Interstate 20 in Georgia with three of her children when police say a truck hit them, spinning their car backward and pushing it underneath a semi-truck.

In 2011, 260 people were killed when they crashed into the rears of trucks, according to the Insurance Institute for Highway Safety, which has been pushing the federal government to adopt tougher standards for underride guards.

Call 6 Investigator Kara Kenney dug through inspection records and found in the past three years, Indiana State Police have handed out more than 60 violations for inadequate guards.

Inspection reports show companies, including more than a dozen from Indiana, with underride guards that are bent, broken, missing and even held up with a bungee cord.

Karth had never heard of underride guards, but after researching, she now believes a stronger one may have saved her daughters' lives.

She's working with the Truck Safety Coalition to push the federal government and manufacturers to adopt tougher standards when it comes to underride guards.

"Nothing will bring AnnaLeah and Mary back to us, but we're trying to raise awareness of this problem and do what we can to prevent other families from facing what we've had to face," Karth said. "The two girls were so full of life and had so many gifts and love to give. And their lives were so abruptly ended when it maybe could have been prevented."

The National Highway Traffic Safety Administration indicated more stringent regulations could be on the way.

"Moving forward, results from the field analysis, IIHS's tests, international standards and other data will be leveraged by NHTSA and may inform potential changes to existing federal safety standards -- including more stringent rear-impact guard requirements -- based on what all the data show," wrote David Strickland, NHTSA administrator, in an email to the Call 6 Investigators. "NHTSA has research underway that would raise the bar on safety for large trucks -- such as the potential use of crash avoidance technologies, new measures to improve the crash safety of truck cabs, among other efforts."

If the NHTSA creates new standards, it could be expensive for the trucking and trailer industries, and some argue tougher guards are not even the answer.

"This type of accident usually involves serious driver error, so the Truck Trailer Manufacturers Association notes first that the rules already in place to prevent these accidents must be followed, including regulations against speeding or driving while impaired or distracted," wrote Jeff Sims, TTMA president, in an emailed statement to RTV6. "Proper maintenance of vehicle lighting equipment is also critical, both for passenger vehicle headlights and trailer tail lights and reflective tape."

The American Trucking Associations said the focus should be on preventing crashes in the first place through driver education and collision avoidance technology in cars and trucks.

"Many studies show that as many as three in four fatalities involving cars and trucks are unintentionally initiated or caused by the driver of the car," Sean McNally, press secretary for ATA, wrote in an email to RTV6. "Trailers have a significant -- as much as 10 years -- lifespan, so new regulations would likely take some time to have an impact. In the meantime, we continue to believe the best underride guard in the world cannot prevent a crash and we should focus on preventing crashes as a first step to real safety improvements."

"It's like a rabbit trail to say, 'Oh, people need to learn to drive better,'" Karth said. "No matter whose fault it was, they died a horrific death. This could happen at any time to anyone."

Karth has set up a Facebook page (http://on.fb.me/15GlUJl) to draw more attention to the issue.