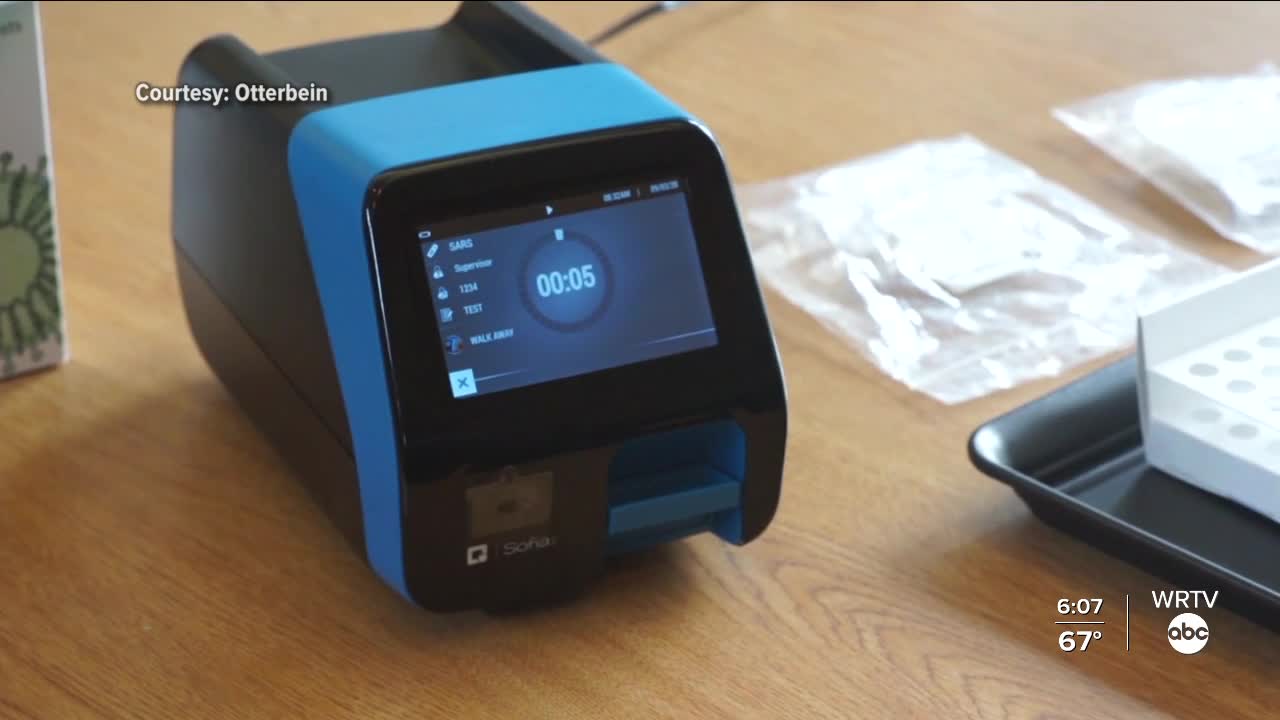 Hundreds of nursing homes throughout the state are receiving antigen testing machines from the federal government.

INDIANAPOLIS — Hundreds of nursing homes throughout the state are receiving antigen testing machines from the federal government.

The goal is to get quick results, typically within 15 minutes and stop the spread of COVID-19 in long term care facilities among workers and residents.

But WRTV Investigates has learned the machines aren’t exactly a magic bullet and can result in false negatives.

The U.S. Centers for Medicare & Medicaid Services (CMS) announced on July 22 it would mandate weekly testing in states that have greater than 5% positivity rates, and more than 15,000 testing devices will be deployed over the next few months to help support this mandate, according to CMS.

So far, more than 500 nursing homes in Indiana have received or will receive the antigen testing equipment, federal records show.

The virus has hit Indiana long term care facilities hard, with about 60% of Indiana’s COVID-19 deaths have been nursing home residents and staff.

Otterbein in Franklin has lost 20 of its residents to COVID-19, and has received one of the antigen testing machines from the federal government.

Nursing homes can swab a resident or worker and get a result within 15 minutes, however, many are not confident in negative results.

“We have found the machines to be accurate in identifying positive cases, but not so accurate when the result displays negative results (perhaps 80% accurate), and that just isn’t accurate enough to assume COVID-19 isn’t present,” Gary Horning, vice president of marketing and communications with Otterbein, said. “We hope and expect accuracy to improve over time, and we hope other, even simpler, products become available.”

Zach Cattell, president of the Indiana Health Care Association which represents nursing homes, said they are aware of the problem.

Cattell said nursing homes consider it another tool in their testing protocol.

“It's one extra piece of data, and the machines are certainly better than having nothing at all,” Cattell said. “Facilities and nursing and physician staff can work through what the testing means in combination with any signs and symptoms. "

"If you have someone that is symptomatic or someone is a close contact, and you get a negative result on the antigen test, then we would ask that they follow up with a PCR test,” Dr. Lindsay Weaver, chief medical officer at the Indiana State Department of Health, said. “We do know they’re slightly less sensitive than the normal PCR tests that we do. We say PCR tests are typically around 70% sensitive and the antigen may be closer to 60%.”

Cattell said another challenge is the federal government sent only a small number of supplies to run the machines, so nursing homes are now trying to use their own vendors to replenish those supplies.

“At some point, the financial resources that the federal government has provided will run out,” Cattell said. "Many of our members are hiring additional staff just to do this test regime because it's incredibly consuming both from administration and reporting the data."

Long term care facilities are caring for people who are hit the hardest by COVID-19 — the elderly population with comorbidities.

In addition to testing, they’re working to make sure nursing homes are set with good PPE and good infection control procedures to hopefully prevent future outbreaks and save lives.

"Even with everything buttoned up as well as we possibly can, that's never a guarantee,” Cattell said. “Our members will remain vigilant in this fight."