Police officers train on how to detect drugged driving 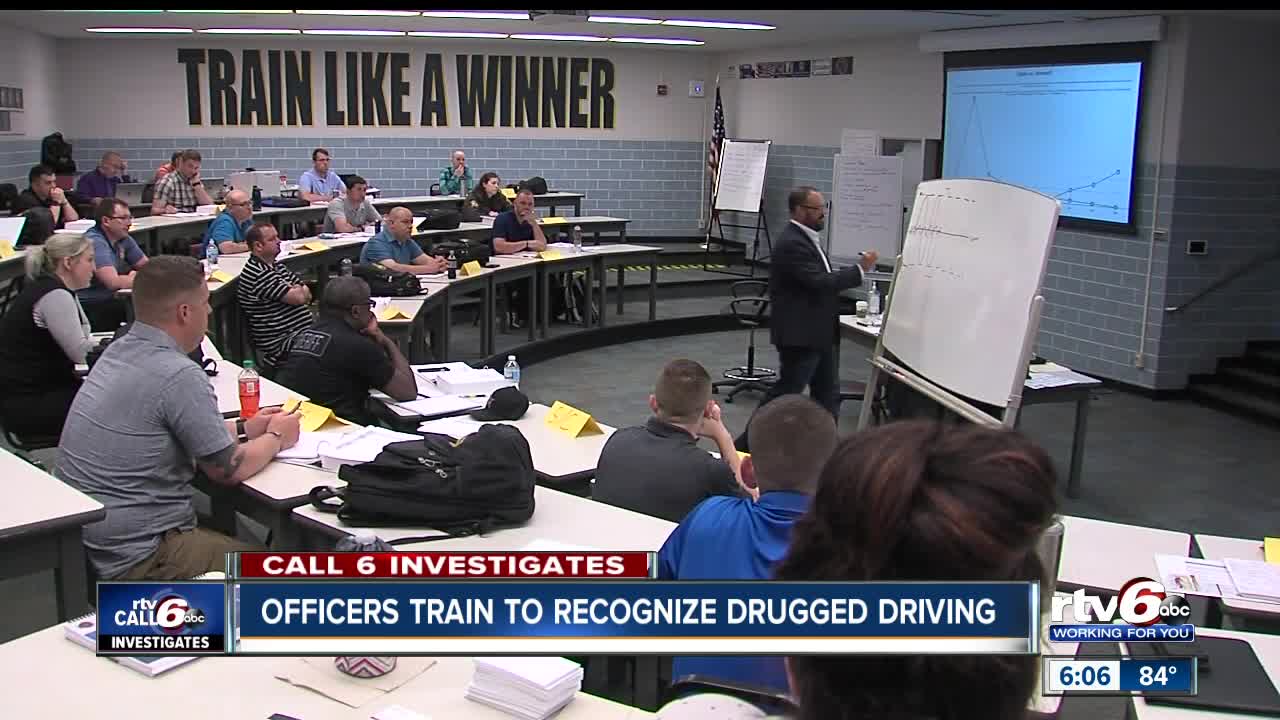 Officers from around the state are in Indianapolis learning about how to better detect when a driver is under the influence of drugs. 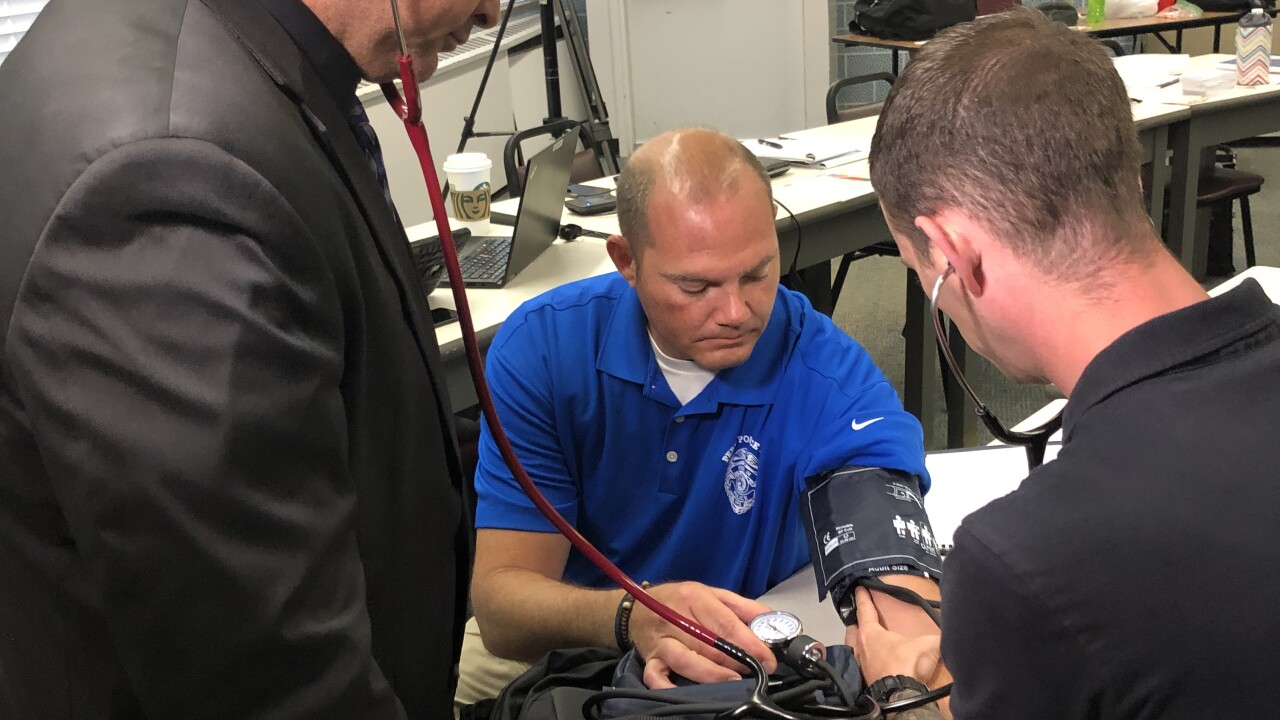 INDIANAPOLIS — Officers from around the state are in Indianapolis learning about how to better detect when a driver is under the influence of drugs.

As Call 6 Investigates reported in May, drugged driving is a growing problem on central Indiana roads and in some communities has surpassed alcohol.

At the training, hosted by Indianapolis Metropolitan Police, officers learned about taking vitals and how drugs can impact a driver’s pulse and blood pressure.

They also learn how to do field sobriety tests, which include measuring pupils and having drivers touch walk and touch their finger to their nose.

“We train them on how to do evaluations on drug impaired drivers,” Sgt. Chris Kirby, DRE instructor, said. “We take that knowledge and practice and they hit the streets and protect their communities."

Blood draw results can take up to 10 months, which is another reason why DREs are needed to help get drugged drivers off the road.

“More feet on the street puts more impaired drivers off the street, and it makes the community safer for all of us,” Kirby said.

The Indiana Criminal Justice Institute secures federal funding so officers can get three weeks of training at no cost to their department.

“Our primary goal is to reduce injuries and deaths and the overall number of crashes on Indiana highways," Robert Duckworth, traffic safety division director at the Indiana Criminal Justice Institute, said. “Funding is always a consideration for agencies especially with DRE being a three-week program, so to be able to provide that at no cost to them is definitely an advantage for them.”

“They work with folks in the field and they see who has a passion, because this is something that takes dedication from the officer to complete the training,” Duckworth said.

State records show the most popular drugs of choice are marijuana, opioids and stimulants; stimulants are on the rise, such as methamphetamine and cocaine.

Drivers are using both illegal and prescribed drugs, and driving on the roads next to you and your children.

“In Delaware County, we are seeing more drug impaired driving than what we see with alcohol,” Kirby said. “It’s a huge problem.”

The officers will be trained, tested, certified and out on the streets by Aug. 1.